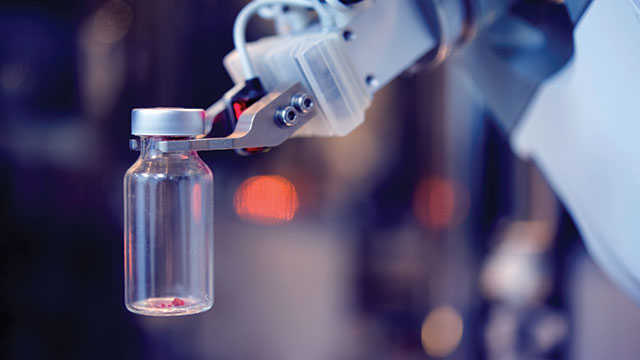 Likewise, getting the most from automation depends largely on the specific application. Nonetheless, some general planning helps in almost any approach to automating a lab process.

First, a scientist must know what goals to pursue. According to Louis Murray, applications market development manager in automation solutions at Agilent Technologies— speaking at a Lab Manager webinar in 2014 on “Trends in Lab Automation”—scientists automate a lab to increase throughput, walk-away time, and data reproducibility. During the webinar Murray said, “Automation will remove one bottleneck and increase the throughput of a process; however, in reality it simply moves that bottleneck to another step in the overall workflow.” Done properly, though, the new bottleneck is smaller than the one it replaces.

That means that a lab manager should know what bottleneck is being addressed with automation and where it will create a new one. As Murray said, “So really by carefully planning and coordinating lab expansion efforts, throughput can be increased as efficiently as possible, ensuring that all the different processes grow in sync, and that funds are spent as efficiently as possible.” 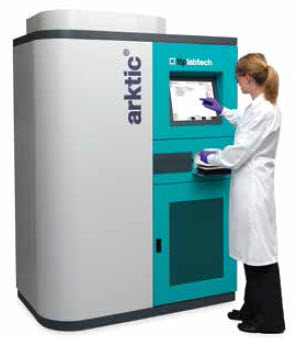 Today’s automated platforms often include user-friendly interfaces, like the one on this TTP Labtech freezer.(Image courtesy of TTP Labtech.)A lab manager probably has a few spots in mind for automation. As Jason Greene, senior product marketing manager at BioTek Instruments, which is headquartered in Winooski, Vermont, says, “Maybe you are running multiple assays and want to automate a few.” He adds, “Your budget surely has a limit.”

At the Center for Chemical Genomics at the University of Michigan in Ann Arbor, HTS (high-throughput screening) director Martha Larsen faces these very challenges— the balance between getting the best benefits of automation while meeting a budget. As she says, “We think about the cost and benefit of each item. If we are going to spend x number of dollars, what will be the return to the lab?”

In some cases, doing something faster is a driving force to automate, but that is not always true for Larsen. “Since we are an academic lab,” she says, “we don’t focus on faster. Instead, the benefit we look at might be that you can save hiring someone.”

Sometimes, finding out what automation works, though, is an empirical question. As an example, Larsen describes purchasing an instrument to fit plates on a deck. She says, “By the time a scientist learned how to automate this, they’d spend far more time than they would have if they just kept putting the plates on the deck by hand.” Part of the issue with that automated system arose from the frequency of usage. As Larsen says, “If you’re only doing something four times a month, it might be quicker to do it manually.”

Moreover, that automation failure taught Larsen a crucial lesson. She says, “Now we evaluate an automation decision based on historical usage, then think of the automation investment and how long it will take to get the time back that it takes to install and make the system work.”

That kind of analysis led Larsen to not automate her lab’s flow cytometer. “Lots of people buy a robotic arm that puts on plates. We found that it only takes 10 minutes to put on the plates, and we only do it two days a month,” she says. Plus, she uses a student to do it.

Conversely, Larsen says that the robotic arm for her high-content microscope really saves time. “It has been worth the investment,” she says. 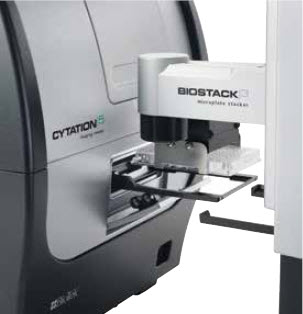 Many workflows create bottlenecks that can be easily automated, such as these microplates being automatically fed to a BioTek Cytation 5 Cell Imaging Multi-Mode Reader.(Image courtesy of BioTek Instruments.)The budgetary side of automation, though, does not end after the sale. As Larsen says, “It’s not the initial cost of the automation that matters the most; it’s actually the yearly fee we face with it.” She adds, “You can buy a car for under $20,000 and get a three-year warranty, but I spend $150,000 on automation and they give me six months or one year of warranty. The manufacturers should be willing to stand behind products longer and build that into systems, especially for academic labs, because I can’t afford some of the service contracts.” For instance, she says, “One robot costs $40,000 a year for service, and I dropped it.” Such costs have made Larsen decide against automation in some cases.

Get the goals in order

To figure out the best way to add automation to a specific lab, the goals must be considered carefully. As an example, Jeremy Lambert, director for automation and microfluidic application development at PerkinElmer in Waltham, Massachusetts, mentions high-volume DNA extraction from blood or plasma samples.

“This is a very routine, predictable assay, and it doesn’t change much from day to day or week to week, and it often requires lots of liquid transfers and mixing.” He adds, “This process is often employed in workflows where any user errors in labeling tubes or wells could be critical, and errors in pipetting could lead to cross-contamination concerns.” Consequently, automation can really benefit this assay.

In other cases, the goals might not be as singular. For example, Greene of BioTek Instruments points out using detection with cell-based assays. “This often requires moving microplates between a multimodal reader and an inverted fluorescent microscope down the hall that is shared with other people,” he says. “That’s not efficient, and it can stretch steps over a couple of hours that maybe could be done in minutes.” To do it so fast, though, a scientist needs a device that provides a multimodal reader and an inverted fluorescent microscope in one, thereby automating the transition from detection to imaging.

In one instance, the goal is truly golden. David Barclay, general manager at OI Analytical, a Xylem brand located in College Station, Texas, describes helping out a large gold-mining company. “They use cyanide to extract gold,” he says, “and they wanted to control the cyanide concentration because it’s very expensive, so we developed an online cyanide analyzer.” By automating the control of the cyanide concentration, the mining company saves time and money.

Some forms of lab work might seem more suited to automation than others. For example, biobanking—collecting and storing samples for research and clinical applications—sounds like a natural for automation. According to Matt Hutnak, project engineer at Hamilton Storage Technologies in Franklin, Massachusetts, “Sample integrity and sample quality is really paramount. Applying automation to biobanking controls the whole process around the sample.” For example, controlling the temperature improves a sample’s quality. Manual biobanking subjects a sample to greater temperature variation as a freezer gets opened and closed, and even left open longer than necessary. “This can lead to tens of degrees of temperature changes,” says Hutnak. By automating this process, many steps can be completed without opening the freezer, which can produce temperature stability to within single degrees.

Also, automation adds an audit trail to a sample, so “researchers can be confident in the products they are getting out of the biobank,” Hutnak says. This can be especially useful in any regulated industry, such as biobanking samples for pharmaceutical research.

Automating a biobank benefits organizations and labs across a wide range of sizes. Hutnak says, “Our customers include very large research organizations with more than 10 million samples and university labs with just tens of thousands of samples.” 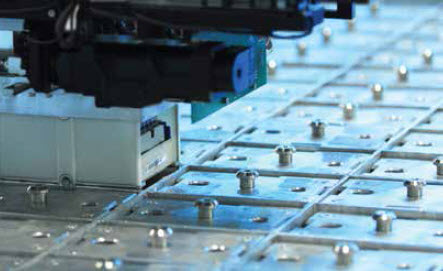 The internal robotics of the Hamilton BiOS system manage stacks of tube racks as part of the automated storage and retrieval process.(Image courtesy of Hamilton Storage Technologies.)When thinking about automating a biobank, though, researchers need to think ahead. “You need an adaptable solution to meet future needs,” says James Craven, global sales manager for sample management at TTP Labtech, which is headquartered in Hertfordshire, United Kingdom. Sometimes, one simple change helps biobank researchers today and tomorrow. As an example, Craven discusses standardizing tube formats for automating tube storage and retrieval, such as using 2-D bar codes. “Then, automation can act like a vending machine in a freezer,” he says. “A researcher can track and cherry-pick samples that have been stored previously.”

Not long ago, even the concept of automation sounded complicated. That surely kept many labs from adding automation to anything that could be handled even somewhat efficiently by hand. Today’s technology significantly reduces that obstacle.

Part of the simplification in automation comes from an ongoing trend. Kevin Moore, manager of liquid handling product and applications management at Tecan, which is headquartered in Männedorf, Switzerland, explains this by saying: “We started off by building big systems that cover a large piece of workflow in one go, but now we are providing more workstations for small parts of the workflow, which can be moved around.” Those smaller systems can be integrated in a lab more easily. Also, they allow for future flexibility, so that the same device might reduce one bottleneck today and a different one in the future.

At the same time, vendors keep trying to make automation easier. “Lab automation users are often scientists and not computer programmers,” says Hal Wehrenberg, product manager of software at Tecan. “So the big push is for things to work more like smartphones.” As an example, he describes a touch-tool feature that “provides a very simple user interface on a touchscreen that is customizable.” In general, a scientist should not need to write code to make an automated system work. As Bronwen Forster, Tecan’s senior product manager for liquid handling, says, “It should be very visual—drop and drag, copy and paste—like you see in Excel.” For scientists with some programming skills, a system built on an open software platform still makes it easier to tailor instructions to individual needs.

The key to keeping automation as simple as possible starts at the beginning. By identifying the specific spots where automation could do the most good and exploring a variety of solutions, a lab manager increases the odds of a successful implementation. Also, today’s scientists should not accept hard-to-use products, because modern automation should be easier than ever to install, customize, and use. Plus, don’t forget to get a system that can adapt to tomorrow’s needs—giving you a fighting chance of handling unforeseen workflows.