Similar to a traditional forensic laboratory, the US Fish & Wildlife Service Forensics Laboratory examines, identifies, and compares evidence using a variety of scientific procedures and instruments with the goal of connecting a suspect, crime scene, and victim with physical evidence. However, instead of the ultimate goal of seeking justice for human victims, the Ashland, Oregon-based lab focuses on crimes against animal victims.

In a court room, whether the crime is against another human or an animal, guilt must be proven “beyond a reasonable doubt” and providing physical evidence plays a crucial role. Yet, this can be particularly challenging when it comes to wildlife crimes. “Our lab is different in the sense that before we attempt to link suspect, victim, and crime scene, we have to figure out what our victim was,” says Ken Goddard, laboratory director. “[This is] easy to do if you have a whole elephant, but far more difficult if all you have is a few strips of hide, or a small amount of blood or tissue.” 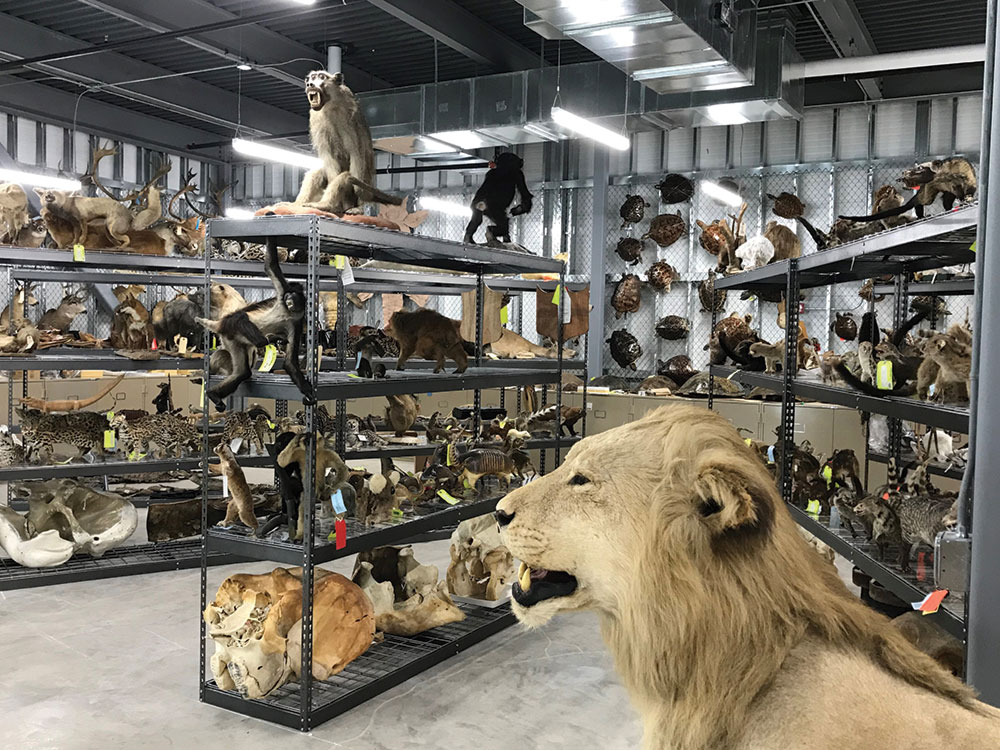 The wildlife forensics lab has four main objectives: Identify the species or subspecies of pieces, parts, or products of an animal; determine the cause of death of an animal; help wildlife officers determine if a violation of law has occurred; and identify and compare physical evidence in an attempt to link suspect, victim, and crime scene.

“Unless wildlife investigators can catch their suspects in the act of killing or smuggling wildlife animals and/or their parts, the suspects have to be linked to the kill site and the illegal smuggling by the analysis and comparison of physical evidence, which is our job,” explains Goddard, who has played an integral role with the lab since its inception. The design phase of the lab began in 1985, and construction was completed in 1987. Goddard hired the first eight lab staff members shortly after. Goddard compares his role as lab director to that of a ship captain. “Our scientific, technical, and administrative teams do all of the hard work; but if the ship sinks, it’s definitely my fault,” he jokes.

The US Fish & Wildlife Service Forensics Laboratory is the only lab in the world dedicated to crimes against wildlife. Therefore, the scope of work and organizations the staff serves is immense. The lab supports more than 200 special agents and wildlife inspectors throughout the US, all 50 State Fish & Game Commissions, and about 150 foreign countries who are part of the United Nation’s CITES (Convention on International Trade in Endangered Species) Treaty. On average, the lab staff will analyze more than 8,000 items of evidence per year.

The forensic lab team accepts evidence items from every corner of the planet, which can create some significant challenges during analysis. For example, Goddard explains that the team cannot assume that the source animal was a resident of the same country it was seized in.

Having an incredibly vast, diverse, and well-documented comparison standards collection is vital to their work. This collection currently holds approximately 100,000 specimens including hides, hairs, furs, feathers, teeth, tusks, skulls, and whole carcasses—even known specimens of endangered wood are in the collection.

The first and only 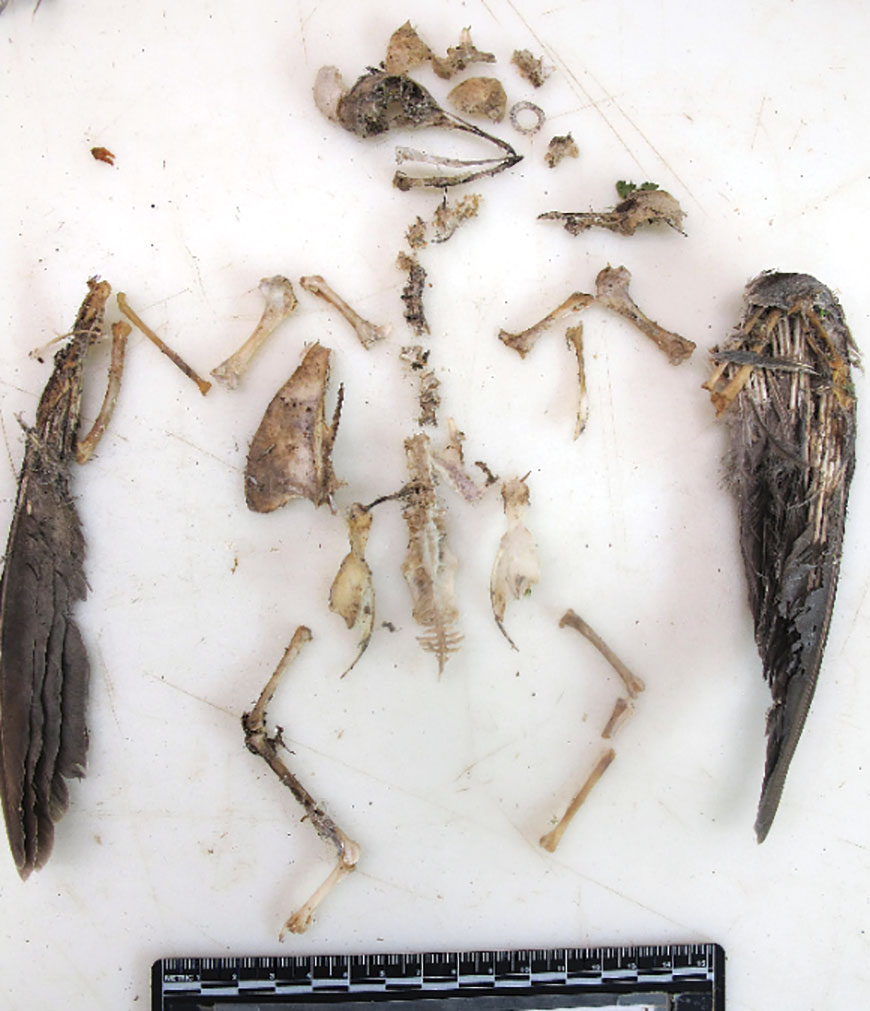 Animals submitted for post-mortem examination by a veterinary forensic pathologist may be very decomposed. Even with skeletonized remains, a cause of death can still be pursued.
NATIONAL FISH AND WILDLIFE FORENSIC LABORATORY

There are a few reasons why the US Fish & Wildlife Forensics Lab remains the only one of its kind in the world—and it mostly comes down to dollars and cents. According to Goddard, the total cost of the lab facility is approximately $40 million, and lab instrumentation has added another $5 million. The annual operating budget of the lab is also about $5 million. “There is also the fact that it has taken us several decades (in terms of researching, developing new protocols, and training new staff) to become the functional wildlife crime lab that we are today,” adds Goddard.

Espinoza, who is also chief forensic scientist, is described by Goddard as the “scientific soul” of the wildlife forensics lab, as he has been responsible for most of the major scientific discoveries that have taken place there. Cases vary greatly, but often involve aspects of illegal poaching or illegal animal trade. 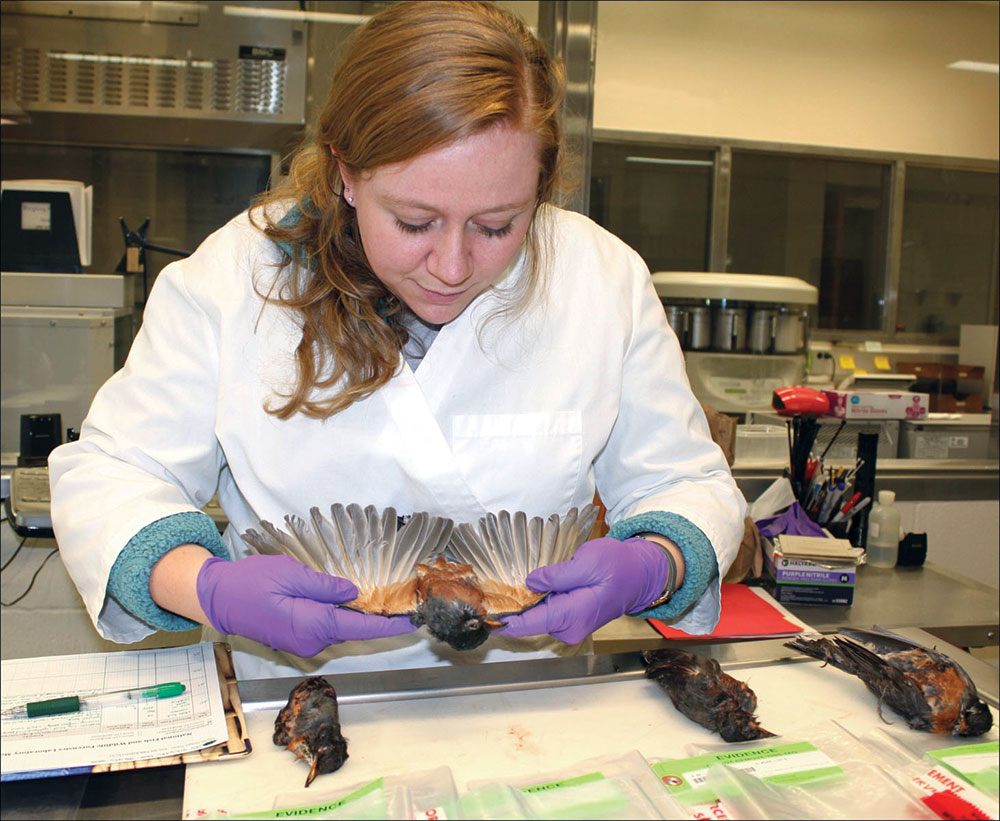 For example, one large research project conducted by the Fish & Wildlife Forensics Lab team investigated a claim that the scales of pangolins, threatened mammals found in Africa and Asia, contain an addictive, painkilling substance known as tramadol. Pangolins are the only mammals in the world with protective scales, which are thought in Chinese medicine to have medicinal qualities. Due to this and for their meat, they are one of the most trafficked mammals in the world. News outlets from southeast Asia began reporting that pangolin scales contained tramadol, further increasing the popularity of pangolins in the illegal trading industry.

Four of the lab’s scientists set out to determine the validity of these claims by examining the chemical signatures of clippings of scales from more than 100 pangolins. They found no traces of tramadol; only keratin, which is commonly found in hair and nails, but holds no medicinal value. The findings, published in Conservation Science and Practice in June 2019 and featured in a National Geographic article, debunked the claims, which the researchers believe will be an important step in limiting the interest in illegal poaching of pangolins.

According to Espinoza, other examples of the type of work done at the lab have included: developing a chemical technique to identify timber; investigating the cause and manner of death of birds that collide with wind turbines; and producing a DNA technique to identify sea cucumbers found in illegal trade. This wide-ranging scope of work may not be possible without the proper equipment to assist the lab’s scientists—something that has evolved greatly since the lab’s launch three decades ago. 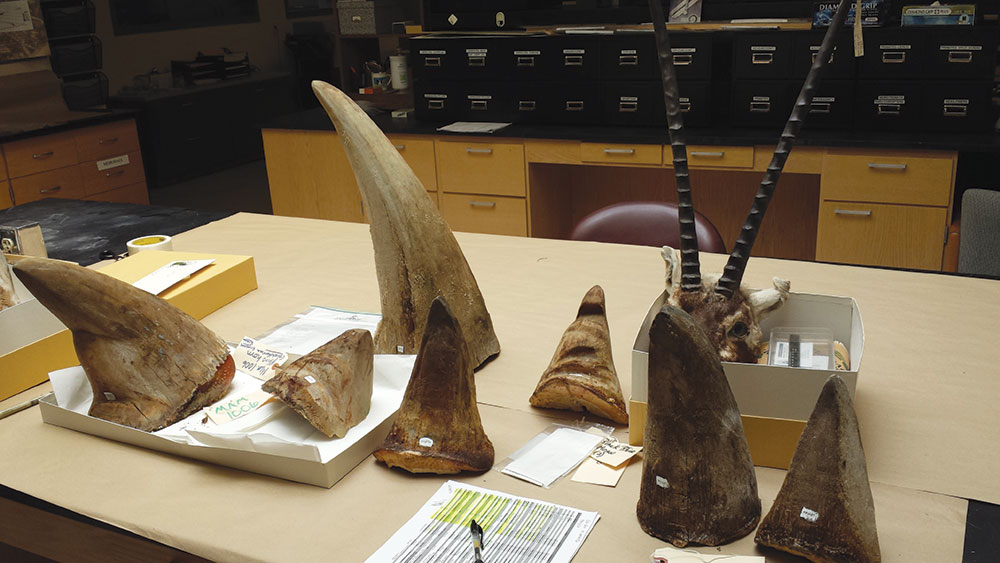 “Apart from the amazingly developed scientific skills and experience of our lab staff, I think the greatest change has been in the available technology,” says Goddard. “Back in the early 90s, when we began working rather simple cases, we relied on ouchterlony (double diffusion) tests and protein analysis to determine the species source of blood and tissue evidence; thin layer chromatography and gas chromatographs to analyze chemical evidence; [and] x-ray and 35mm camera film to document our necropsies.” Now, as Goddard explains, the lab is equipped with thermal cyclers, PCR techniques, and DNA sequencers to determine the source of blood from a species, as well as tissue evidence. The team also has DART (direct analysis in real time) mass spectrometers to conduct extremely sophisticated analyses of chemical, horn, and wood evidence, and CT scanners to document necropsies in incredible detail.

“Given the incredible leaps of technology that have occurred in wildlife forensics over the past 30+ years, I’m not sure that I can imagine what the future will bring,” says Goddard. However, he is confident that genomics will become a big part in their work, and may even present new challenges of producing an over-abundance of information. Regardless of future advances and challenges, one thing remains certain—the US Fish & Wildlife Service Forensics Laboratory will continue to fill a global need to help protect the world’s most vulnerable species.