The classic game Monopoly is often dictated by a set of highly variable “house” rules that can lead to heated words over the consequences of landing on “free parking.” These discrepancies inevitably favor some players over others, yet future games are doomed for failure as the rulebook remains unexplored, poorly understood, or simply does not provide regulations for a specific situation. Unfortunately, many careers in the academic sector share this predicament. Researchers are trained to perform science, but few are taught a strategy for a successful academic career. Much like the infamous Monopoly game, the academic career path follows an equally ambiguous set of rules and requires more than just rolling the dice.

During its workshop series, “Improving Research Culture–Proposals & Discussions from the Science Community,” the National Junior Faculty (NJF) of Sweden discussed how to instill a more sustainable, creative, and inclusive environment for early career researchers (ECRs). Though discussed in the context of Swedish research conditions and politics, young researchers around the world face similar challenges and seek similar solutions. Just like in Monopoly, the problems that can arise from poorly defined house rules are universal.

Time to rewrite the rulebook

More and more researchers are seeking the opportunity to re-write academia’s ailing rulebook. The sun needs to set on a research assessment system based primarily on journal metrics, where “bad winners” survive by targeting a portfolio of papers, rather than mentoring and supporting people. Researchers are implicitly encouraged to be individualistic, yet the length of academic careers is rapidly falling even amongst those who publish research articles as the lead author. Both international and national movements are raising the idea that embracing a different approach to research careers can foster a sense of inclusion that provides a place at the table for all of academia’s players. A more inclusive environment begins with a proper examination of the rulebook, so that researchers can eliminate discrimination against different individuals (such as women and minorities) by endorsing alternative measures of success, and reevaluating career step time limits.

Valuation practices based on bibliometric measures and so-called research excellence, combined with greater competition for funding, have consistently replaced other considerations like novelty, reproducibility, interdisciplinarity, cooperation, and the societal impact of research. The hypercompetitive environment exacerbates the leaky pipeline of academia because it fails to provide support and training to valuable individuals who enter the game from a disadvantaged position.

To ensure equity, educating ECRs on career expectations and forthcoming challenges needs to become a requirement for institutions—so that all players have the same chance of success. Mentorship and counseling can be important elements of this education; by recognizing their value, these activities are elevated from altruistic kindness to criteria for promotion. This helps to limit elusive house rules from excluding aspiring researchers, and diminish equity and inclusion. Another positive change would be to flatten research group hierarchy by including intermediate career positions that bring welcome stability and allow scientists to be creative.

Competing or playing together?

Many have experienced a long, contentious Monopoly game that turned bitter and left us feeling like quitting. Unfortunately, this description accurately portrays how an increasing number of ECRs perceive an academic career. In any competitive game where obtaining resources and victories leads to further resources and victories, failing to score early makes recovery difficult. The snowball effect—where a successful player starts setting up hotels while others are still squabbling over railroads—is more apparent as the number of players in the game increases.

In the present academic system, where resources and tenured positions are limited and not correlated to the increasing supply of PhDs, those who aren’t effectively educated around the rules from the start are quickly excluded. Additionally, in the research game, grant applicants are often disadvantaged by the Matthew effect, when funding is distributed disproportionately toward established scientists. 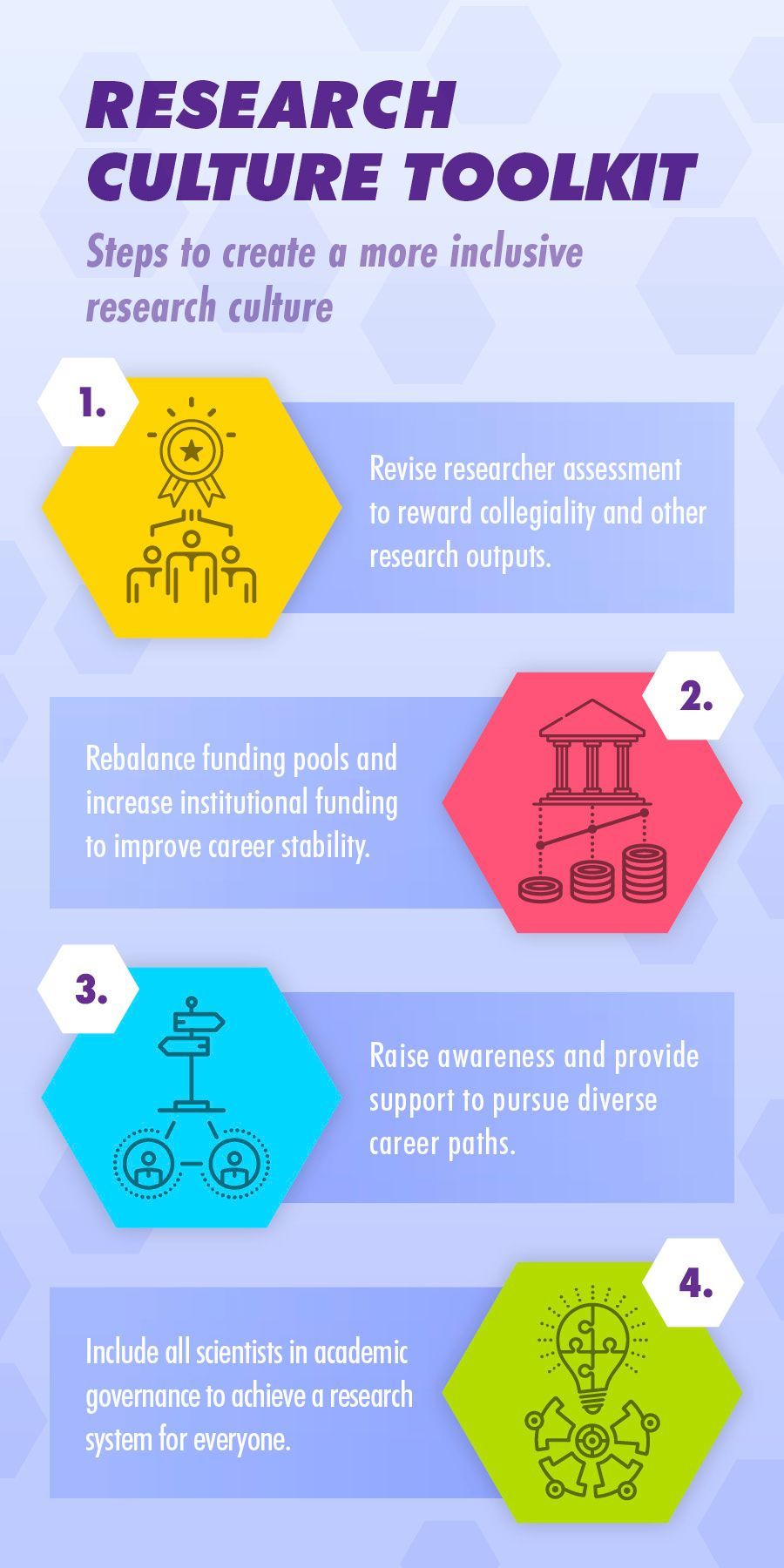 Discussions during the NJF workshops gave rise to a number of possible solutions. Equitable rules for career development would encourage playing as teams (cooperation), rather than as individuals (competition), starting with improving the way credit is given for contributing to publishing scientific data or conducting projects. ECRs were strongly in favor of separating funding pools and setting caps on what a single group leader can receive. For effective funding pools, inclusive considerations need to be made to avoid replacing one set of inequitable house rules with another, such as biological or academic age as eligibility criteria. Funding through more stable, institutional, or state funds could help shift away from a precarious and project-based funding culture, and randomizing funds at late stages of project evaluation can help counter bias and diversify the reach of public money. Constructive feedback from funding agencies and senior researchers would help those who fail to attract funds and make the process more pedagogical.

The game should provide enough incentives for players to feel motivated to continue and enjoy the struggle of research, even if there are few winners. Not everyone will win the research grant or academic position of their dreams, but the joy of playing needs to be enhanced. It may mean the extension of “winning” to embrace and promote other scientific careers and pathways outside of academia, where ECRs can apply their knowledge and experience.

In Monopoly, the winner may not have acquired the most properties or executed the best strategy. Luck is simply part of the game. In academic research, winning is represented by gathering groundbreaking data, which leads to publications and funding. But what happens when your findings are considered negative, do not show any effect from an intervention, or go against the current accepted paradigm? These studies are difficult to report and are rarely published, leading to both a publication and citation bias toward positive data. This problem is compounded when fraudulent results are actively published and cited.

The advantages gained from losing a game or obtaining negative data are increasing knowledge; for example, through publishing datasets or saving time and resources by teaching other researchers to avoid the same investigations. If used appropriately, negative results can demonstrate a lack of reproducibility and provide tactical value for future experiments. Sharing data and methods represents a core principle in science. Negative data needs to be fully understood, more widely accepted, and published.

Journals dedicated solely to negative data are rarely successful; much like playing a game where nobody wins. The NJF workshop proposed calling all findings ‘data’, whether they are positive or negative, whilst recognizing that initial results shape a theory which needs to be tested over time. ECRs can benefit from the reminder that not every experiment leads to spectacular findings, much like Monopoly newcomers won’t win every round.

Alternatively, publications could be reviewed and approved at the planning stage, before data collection. PLoS has adopted this method in a preregistration stage where a research study is assessed based on its rationale and proposed methods. Upon journal acceptance, authors can rest assured that their results will be published regardless of the outcome of the study, thus increasing their willingness to publish data of any kind. More journals can adopt a similar approach to ensure that any findings are the result of robust methodology and statistical analysis. Like knowing how to play the game, one will feel a sense of inclusion while playing without knowing the outcome before starting.

A different way to play

During the workshop series, attendees were unanimous in calling for a change in attitude across academia: all stakeholders need to be more mindful of how research is performed, what results are sought, and which professional factors drive the contemporary scientist. This transformation must also begin with those in positions of power welcoming the perspectives and ideas of ECRs into academic governance. Only then can we end the monopolies of hypercompetition and discrimination on the research system, and set the board equitably for the current and future generation of players.