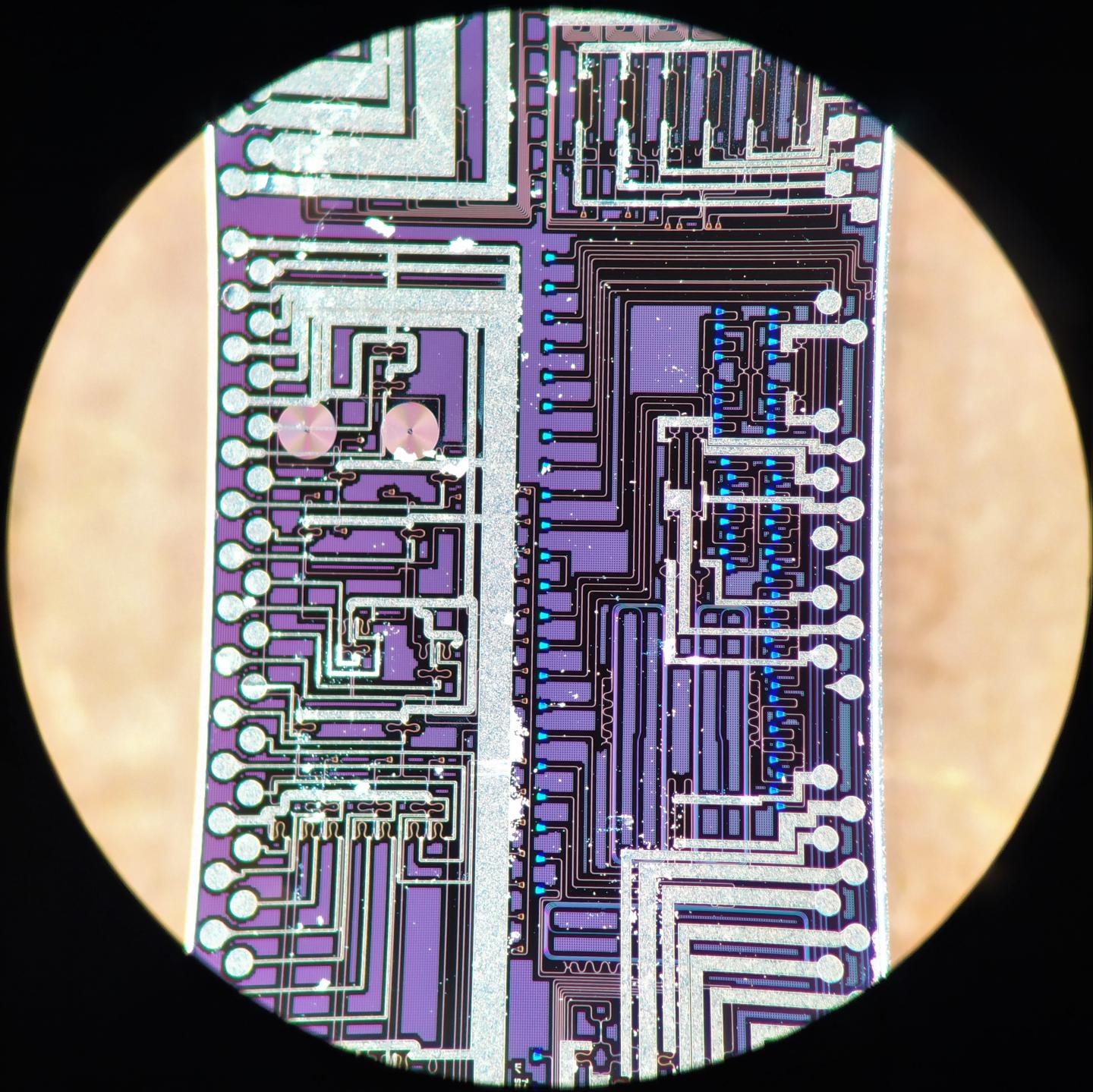 A team of physicists at the University of Bristol has developed the first integrated photon source with the potential to deliver large-scale quantum photonics.

The development of quantum technologies promises to have a profound impact across science, engineering, and society. Quantum computers at scale will be able to solve problems intractable on even the most powerful current supercomputers, with many revolutionary applications, for example, in the design of new drugs and materials.

Integrated quantum photonics is a promising platform for developing quantum technologies due to its capacity to generate and control photons—single particles of light—in miniaturized complex optical circuits. Leveraging the mature CMOS silicon industry for the fabrication of integrated devices enables circuits with the equivalent of thousands of optical fibers and components to be integrated on a single millimeter-scale chip.

The use of integrated photonics for developing scalable quantum technologies is in high demand. The University of Bristol is a pioneer in this field, as demonstrated by new research published in Nature Communications.

"An important challenge that has limited the scaling of integrated quantum photonics has been the lack of on-chip sources able to generate high-quality single photons," explained lead author Dr. Stefano Paesani. "Without low-noise photon sources, errors in a quantum computation accumulate rapidly when increasing the circuit complexity, resulting in the computation being no longer reliable. Moreover, optical losses in the sources limit the number of photons the quantum computer can produce and process.

In this work we found a way to resolve this and in doing so we developed the first integrated photon source compatible with large-scale quantum photonics. To achieve high-quality photons, we developed a novel technique—"inter-modal spontaneous four-wave mixing"—where the multiple modes of light propagating through a Silicon waveguide are non-linearly interfered, creating ideal conditions for generating single photons."

Together with colleagues at the University of Trento in Italy, the team based at professor Anthony Laing's group in Bristol's Quantum Engineering Technology Labs (QETLabs) benchmarked the use of such sources for photonic quantum computing in a heralded Hong-Ou-Mandel experiment, a building block of optical quantum information processing, and obtained the highest quality on-chip photonic quantum interference ever observed (96% visibility).

"The device demonstrated by far the best performances for any integrated photon source: spectral purity and indistinguishability of 99 percent and > 90 percent photon heralding efficiency," Paesani said.

Importantly, the silicon photonic device was fabricated via CMOS-compatible processes in a commercial foundry, which means thousands of sources can easily be integrated on a single device. The research, funded by the Engineering and Physical Sciences Research Council (EPSRC) Hub in Quantum Computing and Simulation and the European Research Council (ERC), represents a major step toward building quantum circuits at scale and paves the way for several applications.

"We have solved a critical set of noises that had previously limited the scaling of photonic quantum information processing," Paesani added. "For example, arrays of hundreds of these sources can be used to build near-term noisy intermediate-scale quantum (NISQ) photonic machines, where tens of photons can be processed to solve specialized tasks, such as the simulation of molecular dynamics or certain optimisation problems related to graph theory."

Now researchers have devised how to build near-perfect photon sources, over the next few months the scalability of the silicon platform will allow them to integrate tens to hundreds on a single chip. Developing circuits at such a scale will make it possible for NISQ photonic quantum machines to solve industrially-relevant problems beyond the capability of current supercomputers.

"Furthermore, with advanced optimization and miniaturization of the photon source, our technology could lead to fault-tolerant quantum operations in the integrated photonics platform, unleashing the full potential of quantum computers," said Paesani.