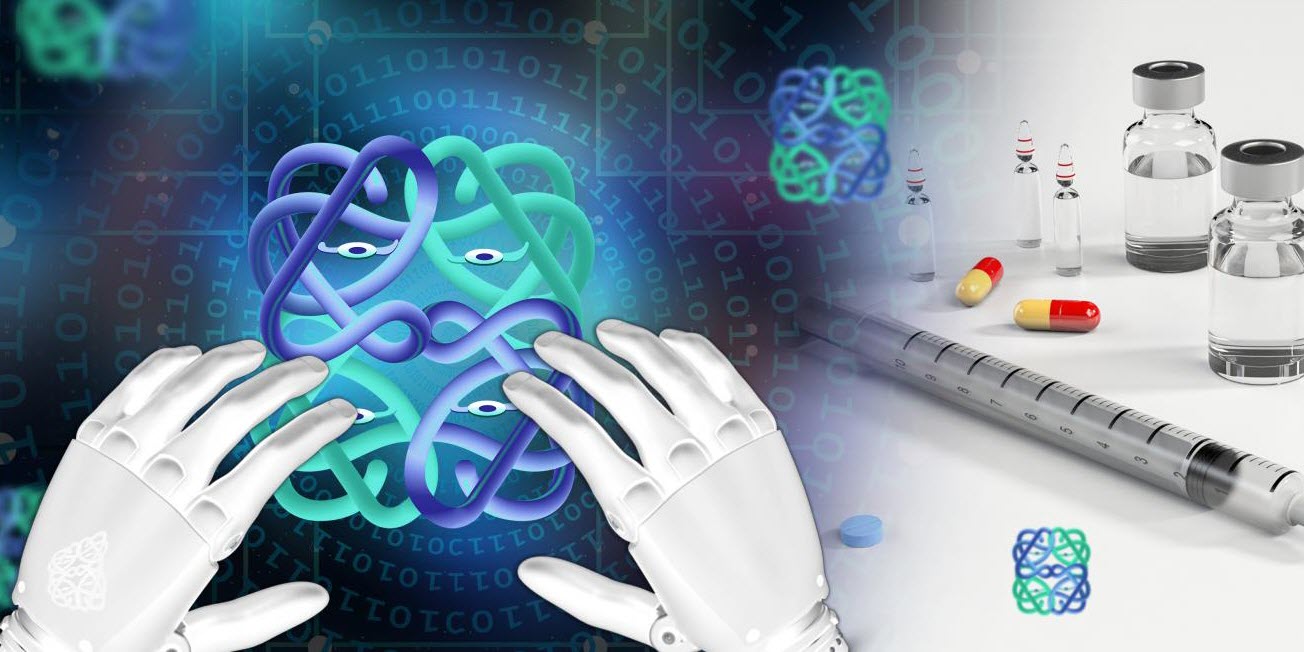 "What we are now able to demonstrate offers fantastic potential for a number of future applications, such as faster and more cost-efficient development of protein-based drugs," says Aleksej Zelezniak, associate professor at the Department of Biology and Biological Engineering at Chalmers.

Proteins are large, complex molecules that play a crucial role in all living cells, building, modifying, and breaking down other molecules naturally inside our cells. They are also widely used in industrial processes and products, and in our daily lives.

Protein-based drugs are very common—the diabetes drug insulin is one of the most prescribed. Some of the most expensive and effective cancer medicines are also protein-based, as well as the antibody formulas currently being used to treat COVID-19.

From computer design to working proteins in just a few weeks

"Consequently, one must perform multiple rounds of very expensive and time-consuming experiments, screening millions of variants, to engineer proteins and enzymes that end up being significantly different from those found in nature," says research leader Aleksej Zelezniak, continuing:

"This engineering process is very slow, but now we have an AI-based method where we can go from computer design to working protein in just a few weeks."

The new results from the Chalmers researchers were recently published in the journal Nature Machine Intelligence and represent a breakthrough in the field of synthetic proteins. Zelezniak's research group and collaborators have developed an AI-based approach called ProteinGAN, which uses a generative deep learning approach.

In essence, the AI is provided with a large amount of data from well-studied proteins; it studies this data and attempts to create new proteins based on it.

This method is well known for creating photos and videos of people who do not exist, but in this study, it was used for producing highly diverse protein variants with naturalistic-like physical properties that could be tested for their functions.

The proteins widely used in everyday products are not always entirely natural but are made through synthetic biology and protein engineering techniques. Using these techniques, the original protein sequences are modified in the hope of creating synthetic novel protein variants that are more efficient, stable, and tailored towards particular applications. The new AI-based approach is of importance for developing efficient industrial enzymes as well as new protein-based therapies, such as antibodies and vaccines.

A cost-efficient and sustainable model

Assistant professor Martin Engqvist, also of the Department of Biology and Biological Engineering, was involved in designing the experiments to test the AI synthesized proteins.

"Accelerating the rate at which we engineer proteins is very important for driving down development costs for enzyme catalysts. This is the key for realizing environmentally sustainable industrial processes and consumer products, and our AI model, as well as future models, will enable that. Our work is a vital contribution in that context" says Engqvist.

"This kind of work is only possible in the type of multidisciplinary environment that exists at our division—at the interface of computer science and biology. We have perfect conditions to experimentally test the properties of these AI-designed proteins," says Zelezniak.

The next step for the researchers is to explore how the technology could be used for specific improvements to protein properties, such as increased stability, something which could have great benefit for proteins used in industrial technology.

- This press release was originally published on the Chalmers University of Technology  website. It has been edited for style