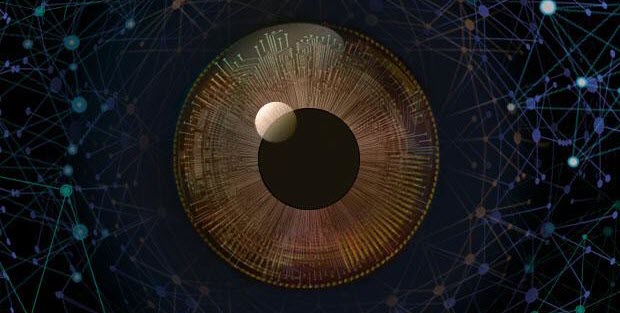 AI on the lookout for quantum advantages.
Alexey Melnikov

Russian researchers from the Moscow Institute of Physics and Technology (MIPT), Valiev Institute of Physics and Technology, and ITMO University have created a neural network that learned to predict the behavior of a quantum system by "looking" at its network structure. The neural network autonomously finds solutions that are well-adapted toward quantum advantage demonstrations. This will aid researchers in developing new efficient quantum computers. The findings are reported in the New Journal of Physics.

A wide range of problems in modern science are solved through quantum mechanical calculations. Some of the examples are research into chemical reactions and the search for stable molecular structures for medicine, pharmaceutics, and other industries. The quantum nature of the problems involved makes quantum computations better-suited to them. Classical computations, by contrast, tend to return only bulky approximate solutions.

Creating quantum computers is costly and time-consuming, and the resulting devices are not guaranteed to exhibit any quantum advantage. That is, operate faster than a conventional computer. So researchers need tools for predicting whether a given quantum device will have a quantum advantage.

One of the ways to implement quantum computations is quantum walks. In simplified terms, the method can be visualized as a particle traveling in a certain network, which underlies a quantum circuit.

If a particle's quantum walk from one network node to another happens faster than its classical analogue, a device based on that circuit will have a quantum advantage. The search for such superior networks is an important task tackled by quantum walk experts.

What the Russian researchers did is they replaced the experts with artificial intelligence. They trained the machine to distinguish between networks and tell if a given network will deliver quantum advantage. This pinpoints the networks that are good candidates for building a quantum computer.

The team used a neural network geared toward image recognition. An adjacency matrix served as the input data, along with the numbers of the input and output nodes. The neural network returned a prediction of whether the classical or the quantum walk between the given nodes would be faster.

"It was not obvious this approach would work, but it did. We have been quite successful in training the computer to make autonomous predictions of whether a complex network has a quantum advantage," said associate professor Leonid Fedichkin of the theoretical physics department at MIPT.

"The line between quantum and classical behaviors is often blurred. The distinctive feature of our study is the resulting special-purpose computer vision, capable of discerning this fine line in the network space," added MIPT graduate and ITMO University researcher Alexey Melnikov.

With their co-author Alexander Alodjants, the researchers created a tool that simplifies the development of computational circuits based on quantum algorithms. The resulting devices will be of interest in biophotonics research and materials science.

One of the processes that quantum walks describe well is the excitation of photosensitive proteins, such as rhodopsin or chlorophyll. A protein is a complex molecule whose structure resembles a network. Solving a problem that formally involves finding the quantum walk time from one node to another may actually reveal what happens to an electron at a particular position in a molecule, where it will move, and what kind of excitation it will cause.

Compared with architectures based on qubits and gates, quantum walks are expected to offer an easier way to implement the quantum calculation of natural phenomena. The reason for this is that the walks themselves are a natural physical process.