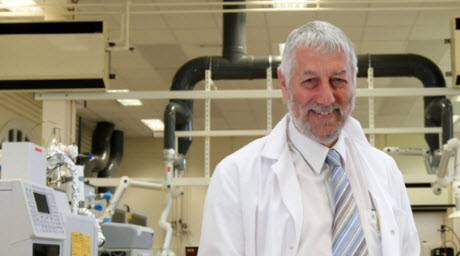 Using simple catalysis, the research highlights the ability to recycle a non-desired by-product produced when biodiesel is formed from vegetable oil, and convert this into an ingredient to produce even more biodiesel.

It is believed this new process will have significant environmental benefits by improving the yield of biodiesel in a sustainable way that doesn’t require the use of additional fossil fuels, and could potentially reduce the costs of the biodiesel production process.

The results were published Sept. 14 in the journal Nature Chemistry.

By 2020, the EU aims to have 10 per cent of the transport fuel of every EU country come from renewable sources such as biofuels. Fuel suppliers are also required to reduce the greenhouse gas intensity of the EU fuel mix by 6 per cent by 2020 in comparison to 2010.

At present, biodiesel is produced by combining fats and oils with methanol, which is usually derived from fossil fuels. A waste product from this process is crude glycerol, which is formed on a large scale and contains many impurities that make it costly to purify and re-use in other areas.

In the study, researchers developed a way of turning the crude glycerol back into methanol, which could then be used as a starting reactant to create more biodiesel.  To achieve this, glycerol was reacted with water, to provide hydrogen, with a magnesium oxide (MgO) catalyst. The reaction involved a simple one-step process and could be performed using mild conditions.  Using the recycled methanol, it is estimated up to a 10 per cent increase in biodiesel production, which would be hugely beneficial to industry at this point in time. “Biodiesel manufacture is a growing part of the EU fuel pool, with statutory amounts being required to be added to diesel that is derived from fossil fuels," said lead author of the study Professor Graham Hutchings, Director of the Cardiff Catalysis Institute.

“We've provided unprecedented chemistry that highlights the potential to manufacture biodiesel in a much more environmentally friendly, and potentially cheaper, way, by converting an undesired by-product into a valuable chemical that can be reused in the process.”

“We set out to establish ways in which the waste product glycerol could be used to form other useful compounds, but we were surprised when we found that feeding glycerol and water over such a simple catalyst gave such valuable products and interesting chemistry," said co-author of the study Professor Stuart Taylor, Deputy Director of the Cardiff Catalysis Institute. “This research has the potential to transform the way in which waste is dealt with, and seriously improve the quality of life by reducing carbon emissions from fossil fuels and encourage efficient use of resources.”

“This paper shows how fundamental catalysis research can develop new mild processes to enhance the sustainability of biodiesel. As well as offering new opportunities for industry, it will stimulate the search for even better basic catalysts,” said Matthew Rosseinsky, Professor of Inorganic Chemistry at the University of Liverpool, who was not part of the study.