They lie dormant for years, but at the first sign of favorable conditions they awaken. This sounds like the tagline for a science fiction movie, but it describes the amazing life-cycles of microbial organisms that form the biological soil crusts (BSCs) of Earth’s deserts. Now a research team with the U.S. Department of Energy (DOE)’s Lawrence Berkeley National Laboratory (Berkeley Lab) has reported a unique molecular-level analysis of a BSC cyanobacterium responding to the wetting and drying of its environment. The results hold implications for land management, improved climate change models, and a better understanding of carbon cycling in soil microbial communities and how changes in global temperatures impact Earth’s deserts.

“We found a way to measure from start to finish in real unaltered samples the molecular events behind the response of cyanobacterium to wetting and drying in a desert BSC,” says Aindrila Mukhopadhyay, a biologist with Berkeley Lab’s Physical Biosciences Division. “Not only did we get a good view of the genetic machinery that wakes the microbes up, but we also got a good sense of what constitutes a healthy BSC.”

Mukhopadhyay and Trent Northen, a chemist with Berkeley Lab’s Life Sciences Division, are the corresponding authors of a paper describing this research in the journal of the International Society for Microbial Ecology. The paper is titled “Dynamic cyanobacterial response to hydration and dehydration in a desert biological soil crust.”

Arid and semi-arid deserts make up about 40-percent of Earth’s total land mass. Much of the undisturbed soil crust in these deserts is a living mantle of microbes and their by-products, with the predominant inhabitants being cyanobacteria, microorganisms that use photosynthesis for energy. To survive dry spells that can go on for years, BSC microorganisms must enter a dormant state but they must also be poised for rapid resuscitation to utilize short periods of precipitation. For a better understanding of how the microbes are able to do this, the Berkeley Lab research team studied the cyanobacterium Microcoleus vaginatus.

“M. vaginatus is the early BSC colonizer, an ecosystem pioneer that fixes carbon and binds the soil together allowing the community to develop while preventing wind erosion,” says Northen. “It is globally distributed in regions where water is scarce, including not only hot deserts but the arctic as well.”

Working with the research group of Ferran Garcia-Pichel at Arizona State University, the Berkeley Lab team collected pie-sized samples of soil crust from the cold desert area near Moab, Utah. These samples were subjected to in situ wetting and drying over a period of six days, including two diel (day/night) cycles. The wetting simulated conditions that would be brought about by the passage of a rain front. During the study, the researchers performed whole-genome transcriptional analysis and precise biochemical measurements.

“Simulated weather conditions and sampling in a temporal manner over the six day experimental period allowed us to track key transcriptional and metabolic responses as they occurred,” says Mukhopadhyay. “We found that within three minutes after wetting began, metabolic processes in the dormant microbial cells came alive. Within one hour, photosynthesis began, accompanied by carbon dioxide up-take. During this time we saw specific genes get turned on/off and specific gene expressions be elevated or depressed.”

The rain episode lasted three days. Although rare, such conditions do occur in the desert and enabled the researchers to differentiate between wetting-up and drying-down responses from diel cycle responses. They discovered that when dehydration of the soil resumed, the mechanisms triggered by wetting were mirrored in the reverse direction, suggesting that the M. vaginatus microbes were preparing themselves to re-enter desiccation-induced dormancy.

“These BSC microbes are highly attuned to their environment and they respond very quickly to changes,” Mukhopadhyay says. “Their responses, however, are highly sensitive to physical disturbances and alterations in temperature.”

In their paper, the Berkeley Lab researchers say that a better understanding of how environmental factors influence the growth and metabolism of M. vaginatus and other BSC microbes should improve our ability to predict the impacts of climate or land-use change on BSC systems. This knowledge should also help in the development of management strategies for restoring BSCs following large-scale disturbances.

“BSC systems represent the world’s largest biofilms, and the demise of such systems could release carbon, and probably more importantly, dust into the atmosphere, changing the albedo of snow-packs,” says Northen. “Restoring or protecting BSCs through changes in land-use could help pull carbon out of the atmosphere and reduce dust.”

“In most climate models there is little or no accounting for the carbon fixed by soil microbes,” she says. “BSC cyanobacteria are the photosynthetic organism for deserts and understanding their role in the carbon-cycle will help fill in current climate model gaps. This should help improve the accuracy of these models.”

The Berkeley Lab team would like to expand their efforts to examine other BSC systems around the world. Among other issues, they would like to identify the signaling mechanisms that inform dormant BSC microbes that moisture is present or that the temperature is changing and it is time to respond.

“BSCs are sentinels for marking the health or decline of the world’s deserts, one of Earth’s major ecosystems,” Mukhopadhyay says. “It is vital that we understand them.”

This research was funded through Berkeley Lab’s Laboratory Directed Research and Development program. 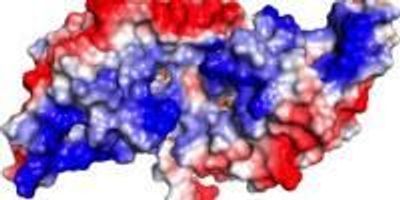