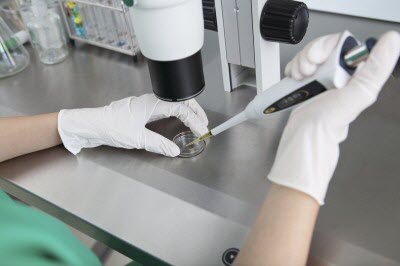 Scientists have discovered that, in animal models, stimulating the immune system can cause hypertension.Photo courtesy of Monash UniversityHypertension affects more than four million Australians but the cause of the disease has never been understood. In research published Sept. 9 and presented at an international scientific meeting this week in Vienna, Monash University researchers reveal the cause of hypertension and how the disease could be reversed.

One in three Australian adults suffer from hypertension, placing them at greater risk of heart attack, stroke and kidney failure. Surprisingly, despite years of research it is still unknown what causes hypertension in the majority of people. And while there are medications to treat hypertension, in 15 to 20 per cent of people with high blood pressure, these medications don’t work leaving their condition uncontrolled.

Results of the study conducted by Associate Professor Grant Drummond, from Monash’s Biomedicine Discovery Institute, together with his colleagues Mr Christopher Chan and Prof Chris Sobey, have been published in the prestigious journal, Hypertension.

The scientists have discovered that, in animal models, stimulating the immune system can cause hypertension, while dampening down this immune response can restore blood pressure back to normal levels.

According to Associate Professor Drummond, certain types of immune cells (called B cells) produce an excess of antibodies in response to factors such as high salt intake or stress. These antibodies then lodge in the blood vessels causing them to become scarred and stiffened, which is a hallmark of hypertension.

The researchers found that mice which that had been bred without mature B cells were protected against developing hypertension. Furthermore, blocking the activity of B cells in normal mice led to a return to normal blood pressure, effectively curing the mice of hypertension.

The discovery could revolutionize the way hypertension is treated. Drugs already exist that can treat autoimmune diseases which are characterized by an overactive immune system – opening the way for these treatments to be used to prevent hypertension.

Associate Professor Drummond said that their discovery could help the 15 to 20 per cent of people with hypertension who are resistant to conventional drug therapies.

“These patients could benefit from strategies that target the immune system. Drugs such as Rituximab that target B cells are already used clinically for the treatment of rheumatoid arthritis and other autoimmune diseases. We think that these drugs could also be used to treat hypertension in the most serious of cases,” Professor Drummond said.