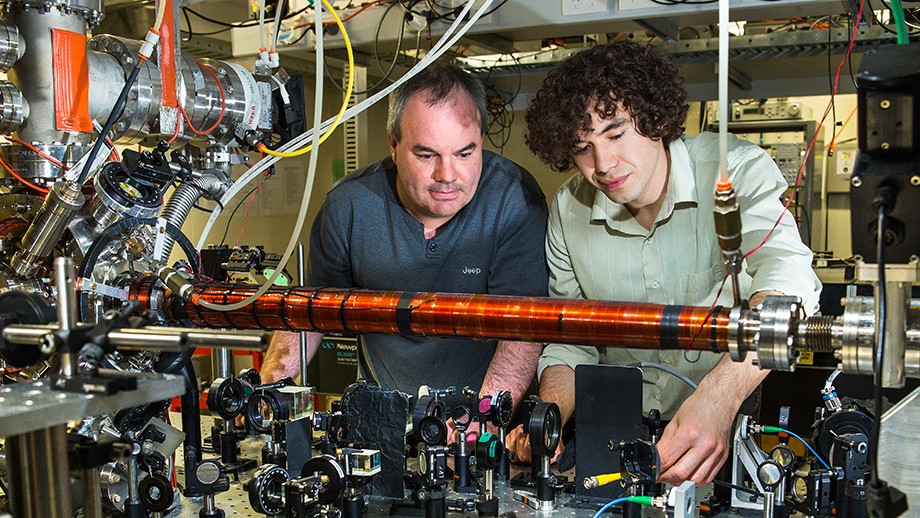 The bizarre nature of reality as laid out by quantum theory has survived another test, with scientists performing a famous experiment and proving that reality does not exist until it is measured.

Physicists at The Australian National University (ANU) have conducted John Wheeler's delayed-choice thought experiment, which involves a moving object that is given the choice to act like a particle or a wave. Wheeler's experiment then asks - at which point does the object decide?

Common sense says the object is either wave-like or particle-like, independent of how we measure it. But quantum physics predicts that whether you observe wave like behavior (interference) or particle behavior (no interference) depends only on how it is actually measured at the end of its journey. This is exactly what the ANU team found.

"It proves that measurement is everything. At the quantum level, reality does not exist if you are not looking at it," said Associate Professor Andrew Truscott from the ANU Research School of Physics and Engineering.

Despite the apparent weirdness, the results confirm the validity of quantum theory, which governs the world of the very small, and has enabled the development of many technologies such as LEDs, lasers and computer chips.

The ANU team not only succeeded in building the experiment, which seemed nearly impossible when it was proposed in 1978, but reversed Wheeler's original concept of light beams being bounced by mirrors, and instead used atoms scattered by laser light.

"Quantum physics' predictions about interference seem odd enough when applied to light, which seems more like a wave, but to have done the experiment with atoms, which are complicated things that have mass and interact with electric fields and so on, adds to the weirdness," said Roman Khakimov, PhD student at the Research School of Physics and Engineering.

Professor Truscott's team first trapped a collection of helium atoms in a suspended state known as a Bose-Einstein condensate, and then ejected them until there was only a single atom left.

The single atom was then dropped through a pair of counter-propagating laser beams, which formed a grating pattern that acted as crossroads in the same way a solid grating would scatter light.

However, the random number determining whether the grating was added was only generated after the atom had passed through the crossroads.

If one chooses to believe that the atom really did take a particular path or paths then one has to accept that a future measurement is affecting the atom's past, said Truscott.

"The atoms did not travel from A to B. It was only when they were measured at the end of the journey that their wave-like or particle-like behavior was brought into existence," he said.

The research is published in Nature Physics.