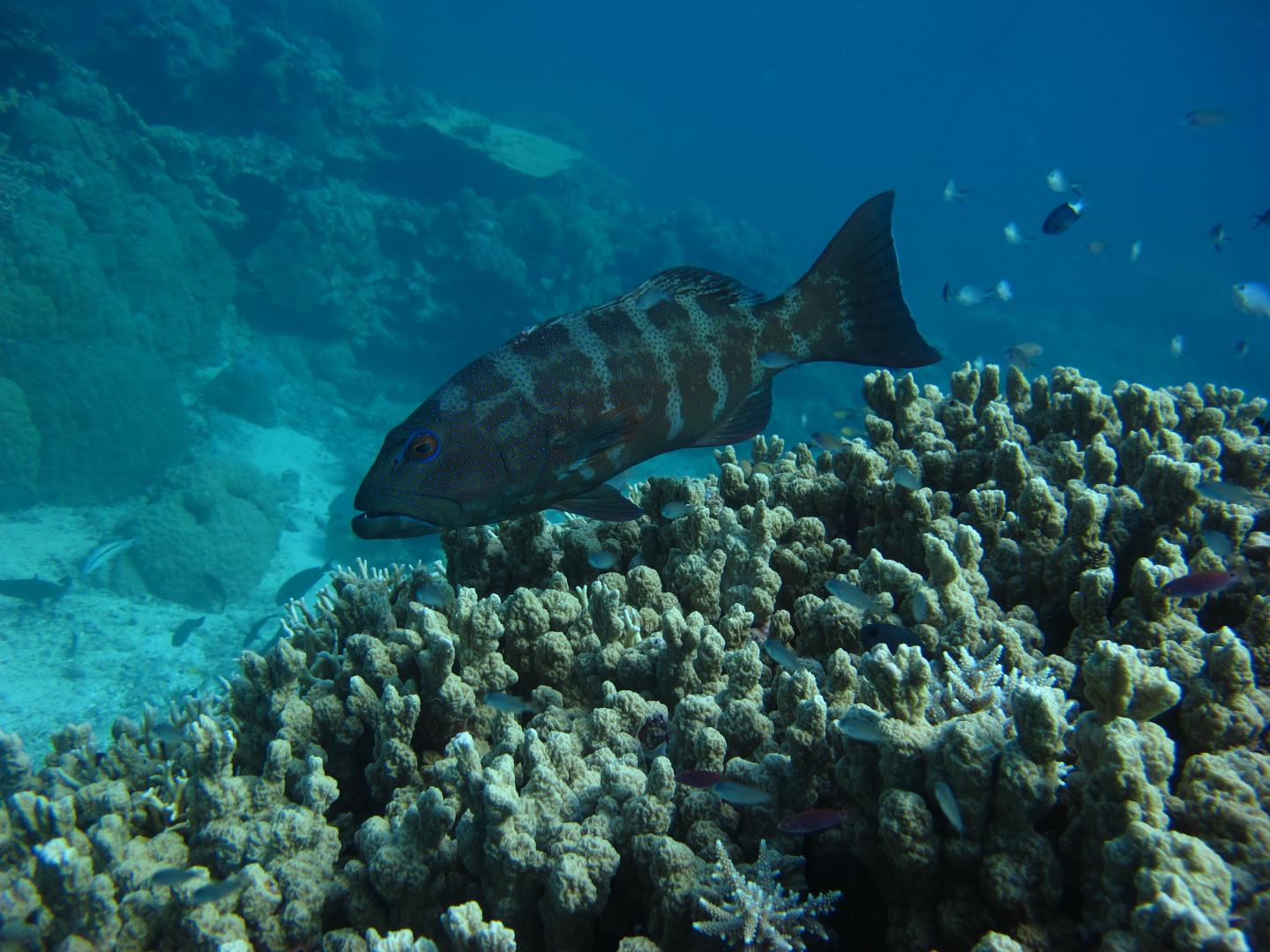 It's long been known that environmental impacts such as climate change and pollution are amongst the drivers of change on the Great Barrier Reef.

Now researchers from the ARC Centre of Excellence for Coral Reef Studies (Coral CoE) at James Cook University have found that removing predatory fish such as coral trout and snapper, through fishing, causes significant changes to the make-up of the reef's fish populations.

"A stable and healthy reef includes a high abundance and diversity of predatory fish and a relatively low number of herbivorous and small prey fish," says study lead author April Boaden, a PhD student at the Coral CoE.

"Predatory fish are extremely important for maintaining a balanced ecosystem on the reef, yet predators such as coral trout, snapper and emperor fish remain the main target for both recreational and commercial fishers," she says.

As part of the study, the researchers conducted extensive surveys of fish and their habitats at multiple sites across the Great Barrier Reef.

"We found that the fish communities on reefs differed greatly according to the level of fishing that they were subject to," Ms Boaden says.

"Predator numbers were severely depleted in heavily fished areas, while smaller prey fish such as damselfish, and herbivores such as parrotfish, had increased greatly in number having been released from predation."

The reduction in predator abundance through fishing altered the balance and structure of the coral reef ecosystem.

"Major disturbances such as cyclones, coral bleaching, climate change, Crown of Thorns Starfish and river run-off are thought to be the primary agents of change on the Great Barrier Reef," says study co-author, Professor Mike Kingsford from the Coral CoE.

"Despite this, we have demonstrated that great differences in the abundance of predatory reef fish, and of their prey, can be attributed to humans," Professor Kingsford says.

The findings support the continued and improved use of the existing marine networks on the Great Barrier Reef.

"The good news is that the data demonstrate that the current system of marine reserves on the Great Barrier Reef is effective in preserving predator numbers, and in doing so we can learn more about the processes affecting reefs in the face of multiple impacts," Professor Kingsford says.

"Fishing impacts are something that we can manage fairly easily compared to other threats such as climate change and run-off pollution, which are threatening the Great Barrier Reef," adds Ms Boaden.

Predators drive community structure in coral reef fish assemblages by A. E. Boaden and M.J. Kingsford is published in the journal Ecosphere.
http://www.esajournals.org/doi/full/10.1890/ES14-00292.1