May 07, 2020University of Saskatchewan 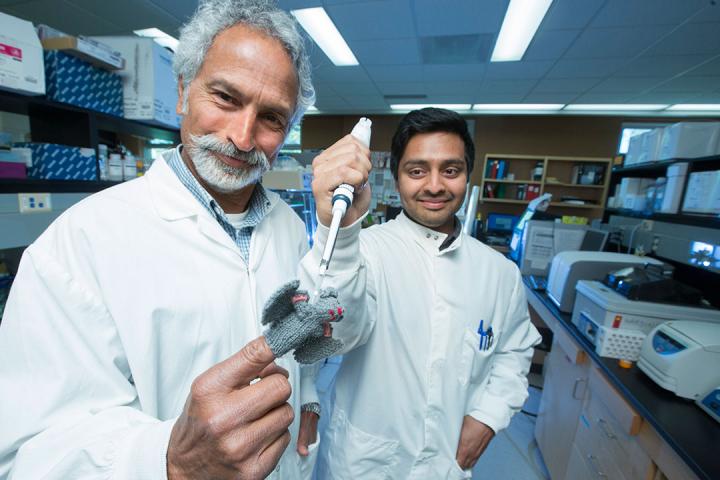 A University of Saskatchewan (USask) research team has uncovered how bats can carry the Middle East respiratory syndrome (MERS) coronavirus without getting sick—research that could shed light on how coronaviruses make the jump to humans and other animals.

Coronaviruses such as MERS, Severe Acute Respiratory Syndrome (SARS), and more recently, the COVID-19-causing SARS-CoV-2 virus, are thought to have originated in bats. While these viruses can cause serious and often fatal disease in people, for reasons not previously well understood, bats seem unharmed.

"The bats don't get rid of the virus and yet don't get sick. We wanted to understand why the MERS virus doesn't shut down the bat immune responses as it does in humans," said USask microbiologist Vikram Misra.

In research just published in Scientific Reports, the team has demonstrated for the first time that cells from an insect-eating brown bat can be persistently infected with MERS coronavirus for months, due to important adaptations from both the bat and the virus working together.

"Instead of killing bat cells as the virus does with human cells, the MERS coronavirus enters a long-term relationship with the host, maintained by the bat's unique 'super' immune system," said Misra, corresponding author on the paper. "SARS-CoV-2 is thought to operate in the same way."

Misra says the team's work suggests that stresses on bats—such as wet markets, other diseases, and possibly habitat loss—may have a role in coronavirus spilling over to other species.

"When a bat experiences stress to their immune system, it disrupts this immune system-virus balance and allows the virus to multiply," he said.

The research was carried out at USask's Vaccine and Infectious Disease Organization—International Vaccine Centre (VIDO-InterVac), one of the world's largest containment level 3 research facilities, by a team of researchers from USask's Western College of Veterinary Medicine and VIDO-InterVac.

"We see that the MERS coronavirus can very quickly adapt itself to a particular niche, and although we do not completely understand what is going on, this demonstrates how coronaviruses are able to jump from species to species so effortlessly," said VIDO-InterVac scientist Darryl Falzarano, who co-led the bat study, developed the first potential treatment for MERS-CoV, and is leading VIDO-InterVac's efforts to develop a vaccine against COVID-19.

So far, the SARS-CoV-2 virus has infected more than 3.5 million people worldwide and killed seven per cent of those infected. In contrast, the MERS virus infected nearly 2,500 people in 2012 but killed one in every three people infected. There is no vaccine for either SARS-CoV-2 or MERS. While camels are the known intermediate hosts of MERS-CoV, bats are suspected to be the ancestral host.

When exposed to the MERS virus, bat cells adapt—not by producing inflammation-causing proteins that are hallmarks of getting sick, but rather by maintaining a natural antiviral response, a function which shuts down in other species, including humans. Simultaneously, the MERS virus also adapts to the bat host cells by very rapidly mutating one specific gene, he said.

Operating together, these adaptations result in the virus remaining long-term in the bat but being rendered harmless until something—such as disease or other stressors—upsets this delicate equilibrium.

Next, the team will turn its focus to understanding how the bat-borne MERS virus adapts to infection and replication in camelid (a group of even-toed ungulates that includes camels) and human cells.

"This information may be critical for predicting the next bat virus that will cause a pandemic," said Misra.