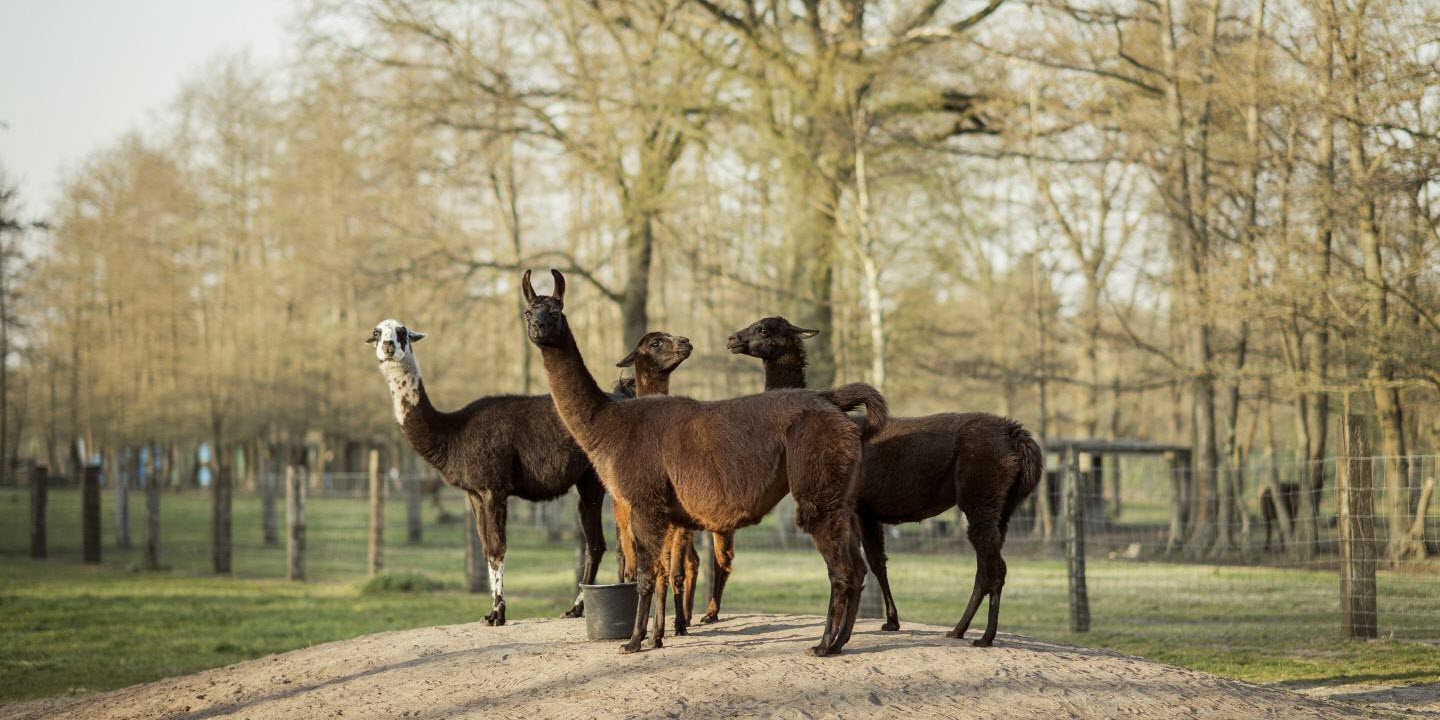 Scientists were inspired by antibodies produced by the llama in front, named Winter, to develop their antibody against SARS-CoV-2. Winter is four years old and still living on a farm in the Belgian countryside operated by Ghent University's Vlaams Institute for Biotechnology.
Tim Coppens

The hunt for an effective treatment for COVID-19 has led one team of researchers to find an improbable ally for their work: a llama named Winter. The team—from The University of Texas at Austin, the National Institutes of Health and Ghent University in Belgium—reports their findings about a potential avenue for a coronavirus treatment involving llamas on May 5 in the journal Cell. The paper is currently available online as a "pre-proof," meaning it is peer-reviewed but undergoing final formatting.

The researchers linked two copies of a special kind of antibody produced by llamas to create a new antibody that binds tightly to a key protein on the coronavirus that causes COVID-19. This protein, called the spike protein, allows the virus to break into host cells. Initial tests indicate that the antibody blocks viruses that display this spike protein from infecting cells in culture.

"This is one of the first antibodies known to neutralize SARS-CoV-2," said Jason McLellan, associate professor of molecular biosciences at UT Austin and co-senior author, referring to the virus that causes COVID-19.

The team is now preparing to conduct preclinical studies in animals such as hamsters or nonhuman primates, with the hopes of next testing in humans. The goal is to develop a treatment that would help people soon after infection with the virus. 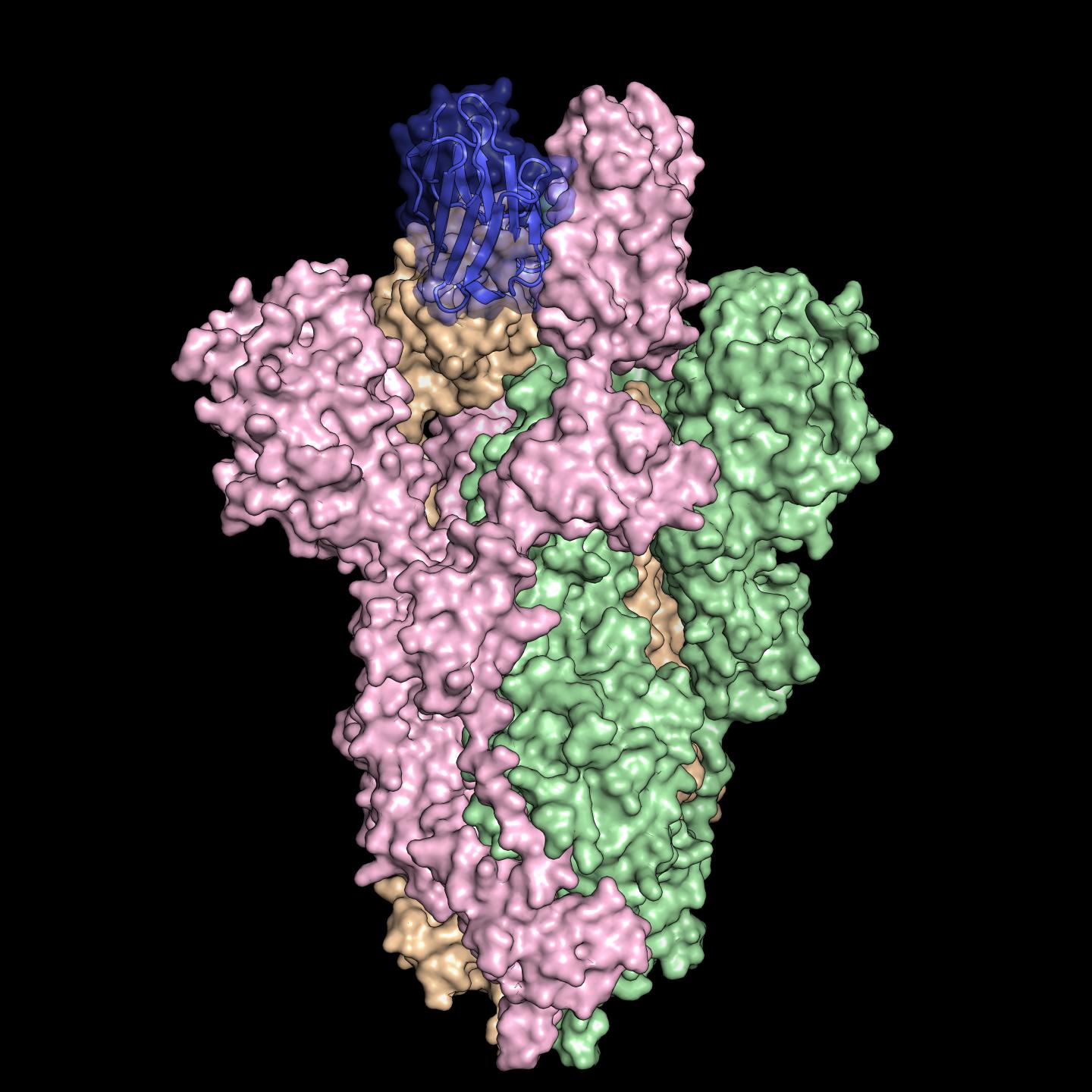 Inspired by a special kind of antibody produced by llamas, researchers created an antibody dubbed VHH-72Fc (blue) that binds tightly to the spike protein on SARS-CoV-2 (pink, green, and orange), blocking the virus from infecting cells in culture. The spike protein structure was discovered by part of the same research team and published in the journal Science on February 19, 2020.
University of Texas at Austin

"Vaccines have to be given a month or two before infection to provide protection," McLellan said. "With antibody therapies, you're directly giving somebody the protective antibodies and so, immediately after treatment, they should be protected. The antibodies could also be used to treat somebody who is already sick to lessen the severity of the disease."

This would be especially helpful for vulnerable groups such as elderly people, who mount a modest response to vaccines, which means that their protection may be incomplete. Health care workers and other people at increased risk of exposure to the virus can also benefit from immediate protection.

When llamas' immune systems detect foreign invaders such as bacteria and viruses, these animals (and other camelids such as alpacas) produce two types of antibodies: one that is similar to human antibodies and another that's only about a quarter of the size. These smaller ones, called single-domain antibodies or nanobodies, can be nebulized and used in an inhaler.

"That makes them potentially really interesting as a drug for a respiratory pathogen because you're delivering it right to the site of infection," said Daniel Wrapp, a graduate student in McLellan's lab and co-first author of the paper.

Winter, the llama, is four years old and still living on a farm in the Belgian countryside along with approximately 130 other llamas and alpacas. Her part in the experiment happened in 2016 when she was about 9 months old and the researchers were studying two earlier coronaviruses: SARS-CoV-1 and MERS-CoV. In a process similar to humans getting shots to immunize them against a virus, she was injected with stabilized spike proteins from those viruses over the course of about six weeks.

Next, researchers collected a blood sample and isolated antibodies that bound to each version of the spike protein. One showed real promise in stopping a virus that displays spike proteins from SARS-CoV-1 from infecting cells in culture. 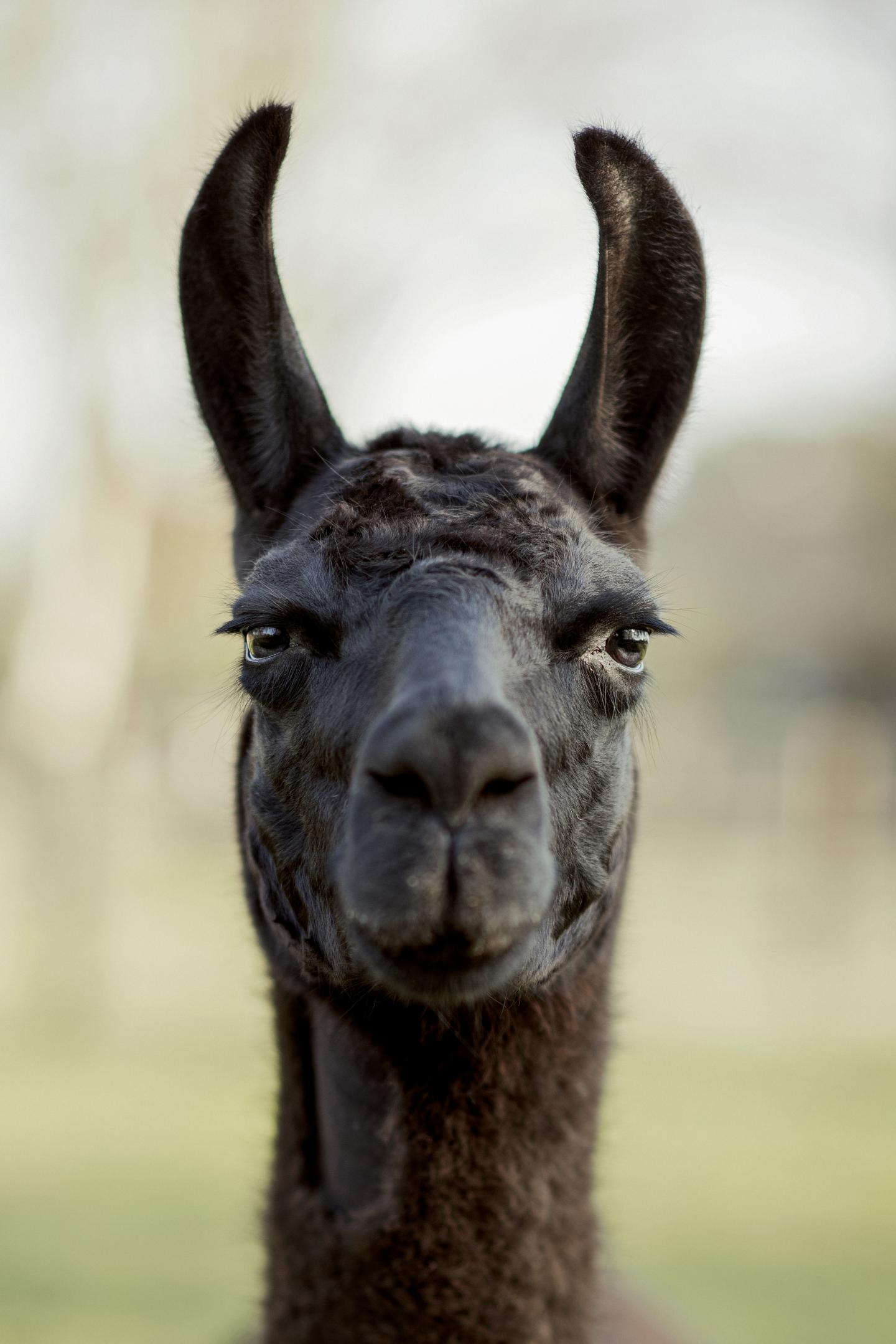 Scientists were inspired by antibodies produced by this llama, named Winter, to develop their antibody against SARS-CoV-2. Winter is four years old and still living on a farm in the Belgian countryside operated by Ghent University's Vlaams Institute for Biotechnology.
Tim Coppens

"That was exciting to me because I'd been working on this for years," Wrapp said. "But there wasn't a big need for a coronavirus treatment then. This was just basic research. Now, this can potentially have some translational implications, too."

The team engineered the new antibody that shows promise for treating the current SARS-CoV-2 by linking two copies of the llama antibody that worked against the earlier SARS virus. They demonstrated that the new antibody neutralizes viruses displaying spike proteins from SARS-CoV-2 in cell cultures. The scientists were able to complete this research and publish it in a top journal in a matter of weeks thanks to the years of work they'd already done on related coronaviruses.

McLellan also led the team that first mapped the spike protein of SARS-CoV-2, a critical step toward a vaccine. (Wrapp also co-authored that paper along with other authors on the current Cell paper, including UT Austin's Nianshuang Wang, and Kizzmekia S. Corbett and Barney Graham of the National Institute of Allergy and Infectious Diseases' Vaccine Research Center.) Besides Wrapp, the paper's other co-first author is Dorien De Vlieger, a postdoctoral scientist at Ghent University's Vlaams Institute for Biotechnology (VIB), and the other senior authors besides McLellan are Bert Schepens and Xavier Saelens, both at VIB.

This work was supported by the National Institute of Allergy and Infectious Diseases (US), VIB, The Research Foundation-Flanders (Belgium), Flanders Innovation and Entrepreneurship (Belgium), and the Federal Ministry of Education and Research (Germany).

The first antibodies the team identified in the initial SARS-CoV-1 and MERS-CoV tests included one called VHH-72, which bound tightly to spike proteins on SARS-CoV-1. In so doing, it prevented a pseudotyped virus—a virus that can't make people sick and has been genetically engineered to display copies of the SARS-CoV-1 spike protein on its surface—from infecting cells.

When SARS-CoV-2 emerged and triggered the COVID-19 pandemic, the team wondered whether the antibody they discovered for SARS-CoV-1 would also be effective against its viral cousin. They discovered that it did bind to SARS-CoV-2's spike protein too, albeit weakly. The engineering they did to make it bind more effectively involved linking two copies of VHH-72, which they then showed neutralizes a pseudotyped virus sporting spike proteins from SARS-CoV-2. This is the first known antibody that neutralizes both SARS-CoV-1 and SARS-CoV-2.

Four years ago, De Vlieger was developing antivirals against influenza A when Bert Schepens and Xavier Saelens asked whether she would be interested in helping to isolate antibodies against coronaviruses from llamas.

"I thought this would be a small side project," she said. "Now the scientific impact of this project became bigger than I could ever expect. It's amazing how unpredictable viruses can be."

- This press release was originally published on the UT News website