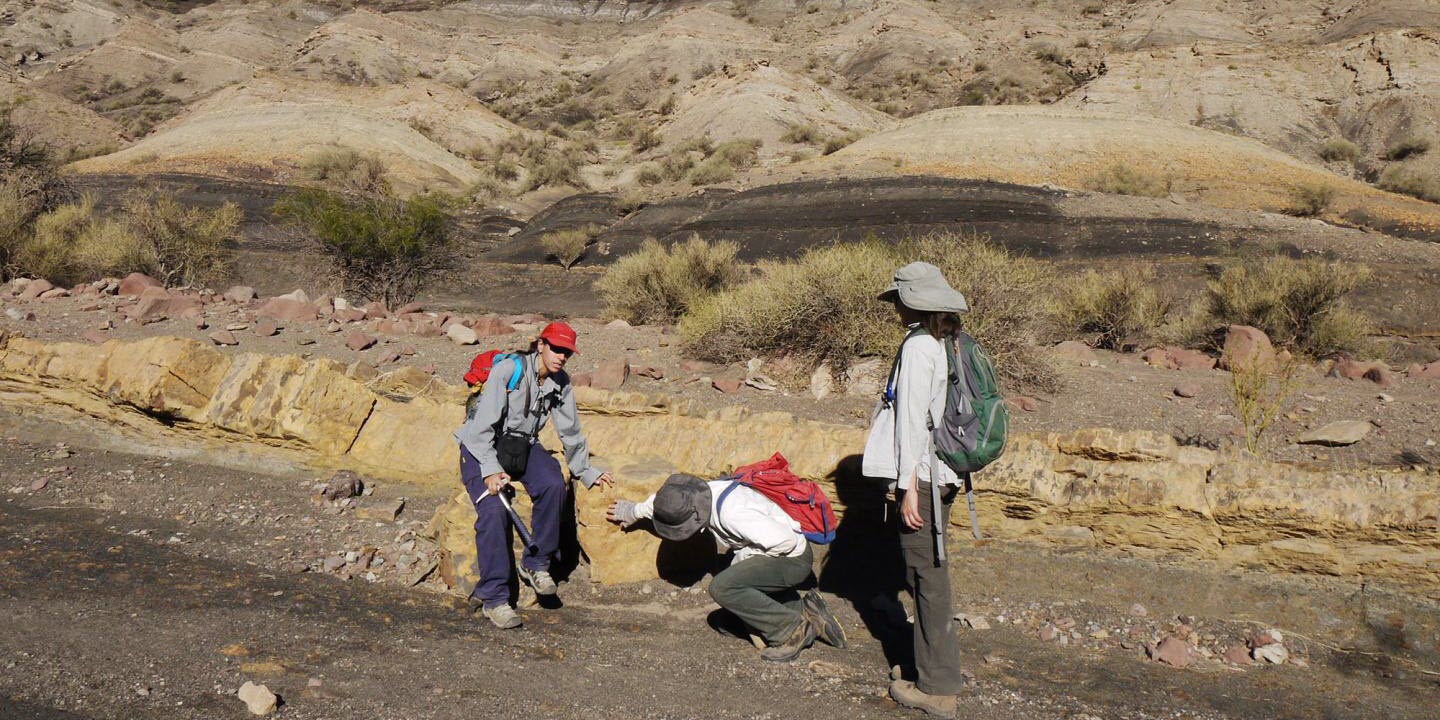 The Triassic Period, about 252 to 201 million years ago, was a time of volatile change, particularly during an interval known as the Carnian (about 237 to 227 million years ago). Three dramatic events occurred on Earth: the first dinosaurs appeared, gigantic volcanic eruptions called the Wrangellia large igneous province spewed out greenhouse gases, and the climate suddenly shifted to warmer, more humid conditions that scientists call the Carnian Pluvial Episode (CPE).

Recent work suggests that the Wrangellia eruptions caused the CPE, and that the resulting climate change may have spurred the early diversification of dinosaurs. But the lack of precise absolute dates for many Carnian sediments makes comparisons difficult. Additionally, few detailed paleoclimatic data exist for many regions outside of Europe, making it unclear whether the CPE was truly a global climate event or conclusively linking it to dinosaur diversification. 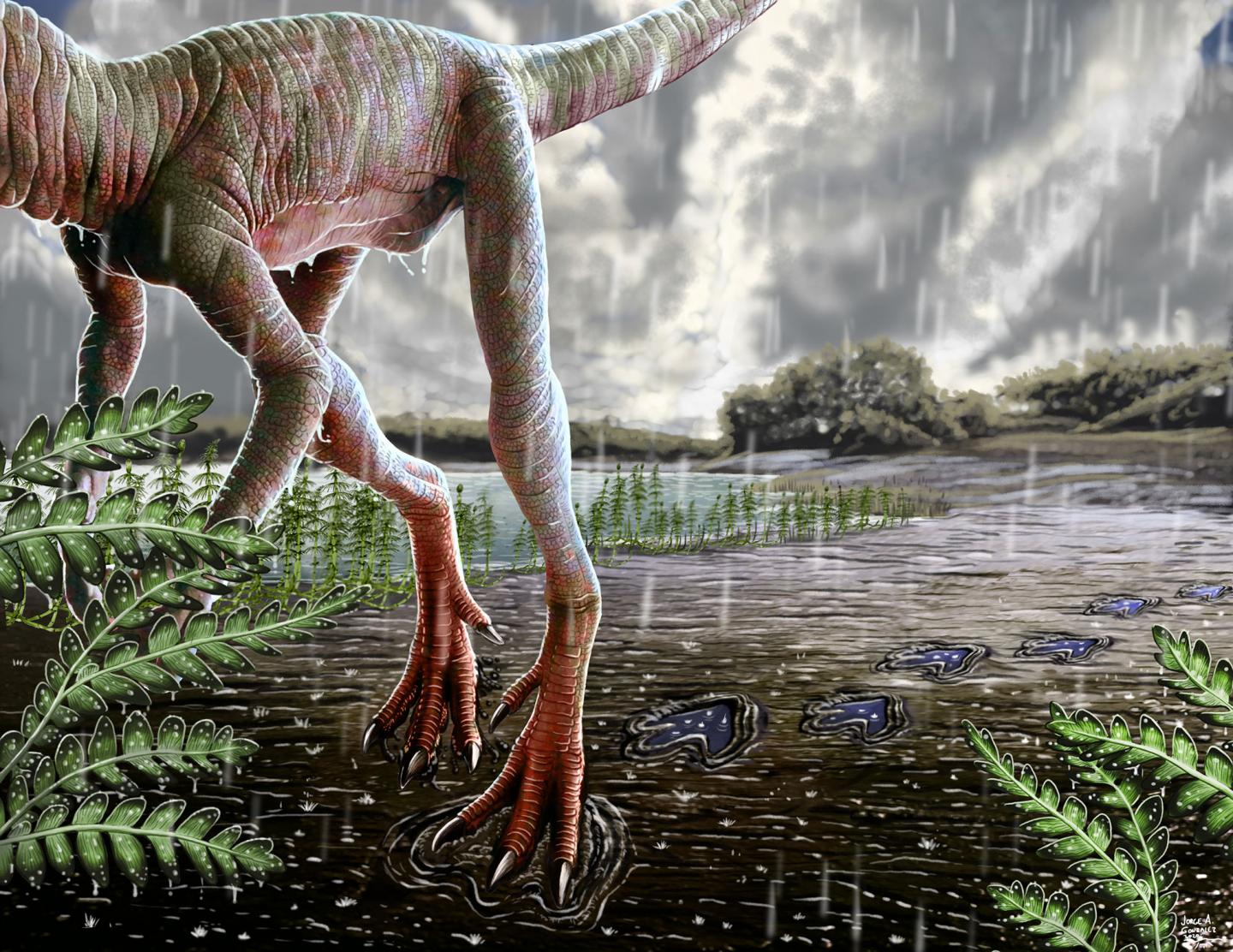 A dinosaur-like reptile leaves muddy footprints along the shoreline of a lake during a rainstorm some 234 million years ago in northwestern Argentina.
Jorge Gonzalez, NHMU

In a new study in the journal Gondwana Research, an international group led by Adriana Mancuso, a National Scientific and Technical Research Council (CONICET) researcher at the Instituto Argentino de Nivología, Glaciología y Ciencias Ambientales in Mendoza, Argentina, demonstrated that the CPE affected the southern hemisphere, specifically South America, which strengthens the case that it was a global climate event. The study was published online on June 15, 2020.

"There are ample Triassic, and specifically Carnian, rocks and fossils in South America, and Argentina in particular, but until now there were no paleoclimatic studies that could conclusively show that the Carnian Pluvial Episode occurred in the southern hemisphere," Mancuso said.

The team, which included researchers at the University of Utah and the Berkeley Geochronology Center, studied Carnian rocks of the Los Rastros Formation, which are preserved in the Ischigualasto-Villa Unión Basin in northwest Argentina. For the first time, the team precisely dated volcanic ash preserved in lake sediments and pieced together the paleoclimate at this time.

"Our study focused on these rocks because they had the perfect combination of a good fossil record, dateable ash layers, and rich climate data preserved in lake sediments," said Randall Irmis of the Natural History Museum of Utah and Department of Geology & Geophysics at the University of Utah. 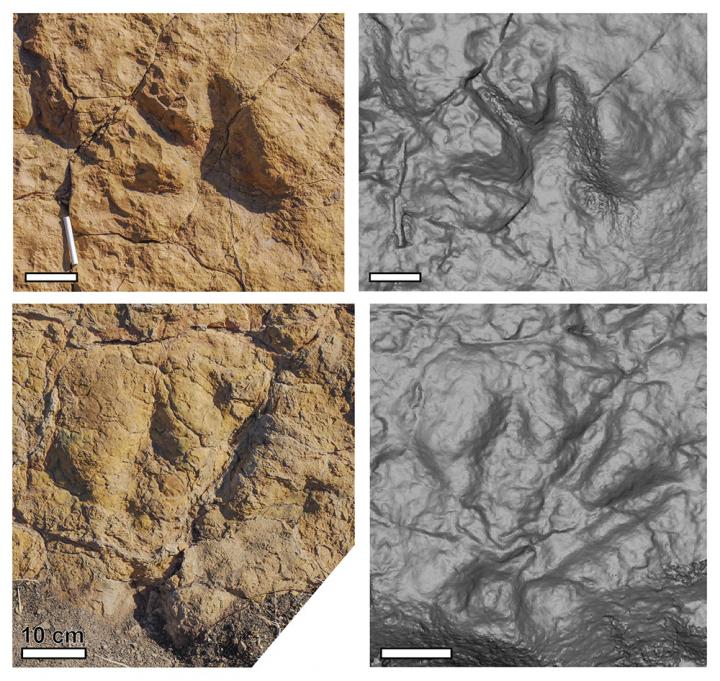 In order to date the ash layer, the scientists isolated small needle-like crystals of zircon, minerals that act like time-capsules. When zircon crystallizes during an eruption, it traps the element uranium in its crystal structure, but never incorporates lead. Any lead preserved in the crystals today is a result of the radioactive decay of uranium. Because scientists know this decay rate, they can measure the ratio of uranium and lead in each zircon crystal and calculate how far back in time the crystals formed. In the present study, this measurement was done on a precise mass spectrometer at the Berkeley Geochronology Center.

The scientists then obtained paleoclimatic data by looking at detailed features in the sediments—the types of clay preserved, and carbon and oxygen isotopes in freshwater limestone layers. With these measurements, the researchers estimated temperature, humidity, and aridity and observed a distinct interval of particularly warm and humid conditions. Based on the absolute date from the same strata, they concluded that it matched in time with the CPE in the northern hemisphere. By using a variety of different analyses, the resulting paleoclimate inferences were more robust than previous assertions made from a single line of evidence.

"Our study suggests that the appearance of dinosaurs in South America could be linked to the CPE, but the data available worldwide remains inconclusive. To make a more robust global link between the CPE and dinosaur diversification will require many more detailed studies of paleoclimate with precise ages like we were able to do for the Los Rastros Formation in Argentina," concluded Mancuso.