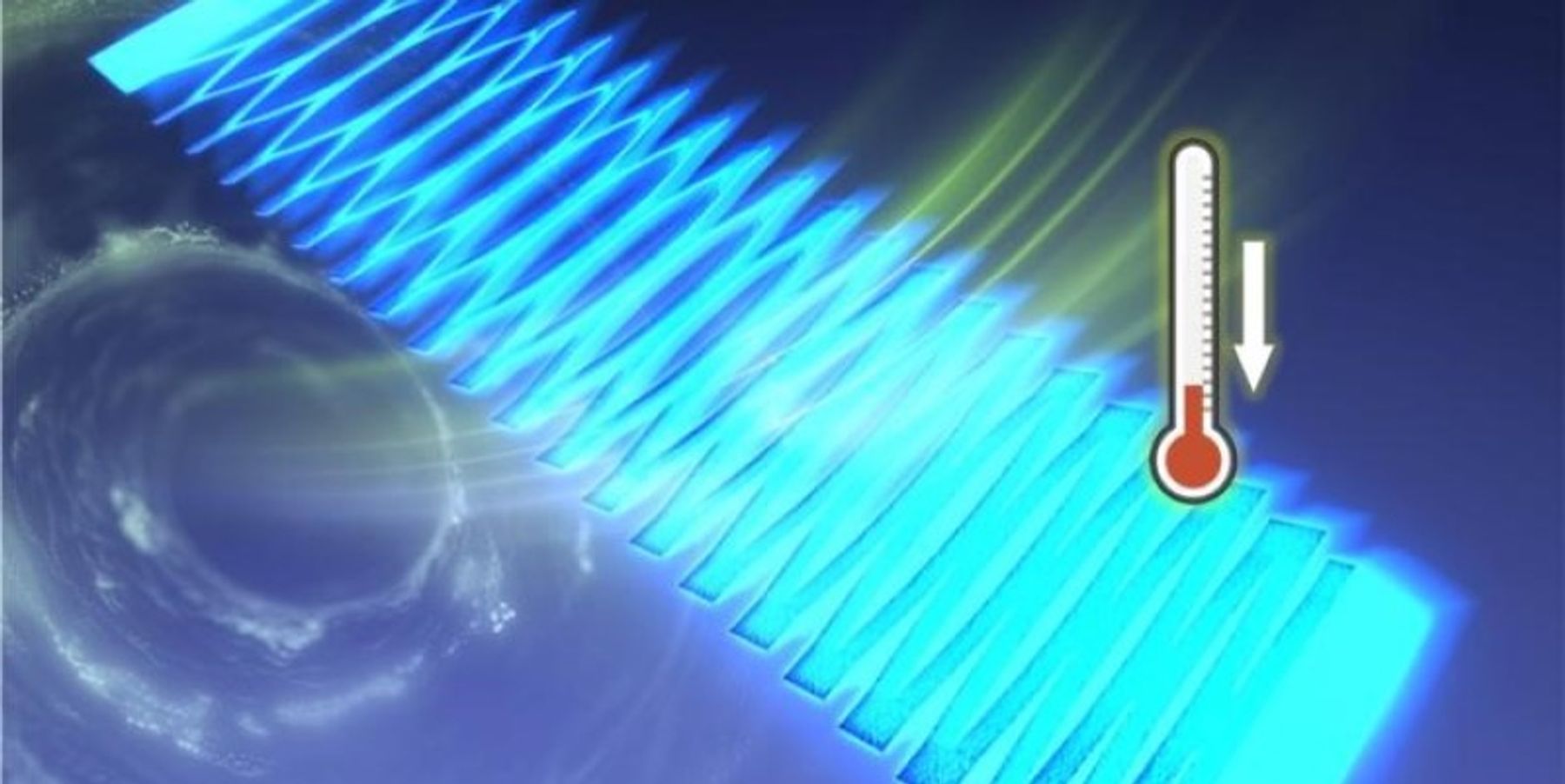 OSAKA, JAPAN — Scientists from SANKEN (The Institute of Scientific and Industrial Research) at Osaka University, Oita National College of Technology, and Tokyo Polytechnic University demonstrated enhanced passive convective cooling using cellulose nanofiber films designed based on kirigami, a traditional paper design form similar to origami. The difference when compared with origami is that, in addition to folding, kirigami involved cutting the paper as well. This work may enable small, flexible electronic devices to operate without overheating.

Now, a team of researchers led by Osaka University found that processed cellulose nanofiber films cut in the style of kirigami can dramatically improve cooling functionality. By stretching a simple kirigami “net decoration,” pattern called amikazari, the cuts in the film can open into wide holes that allow air to flow through them. These kirigami films have better cooling properties than uncut films by default but applying air flow to them dramatically improves the cooling ability. Using laser-cut films based on traditional designs, the team performed a heat-dissipation test with irradiated light on a graphite-blackened area and observed a dramatic difference in the maximum temperature between the kirigami film and the uncut film under air flow. “We also developed ‘cool’ light sources by creating powder electroluminescent devices, which are normally prone to overheating, on top of the cellulose nanofiber films,” lead author Kojiro Uetani says.

The resulting thermal resistance was reduced to about one-fifth of what it was without the kirigami system. “The kirigami heat-dissipation concept enables new thermal designs using various film materials as heat-dissipation components and is expected to inspire a wide range of new cooling devices and methods for use in next generation electronics,” senior author Masaya Nogi says. In particular, this research may help in the development of the next generation of wearable devices, as these raise difficult challenges for the bulkiness and inflexibility of current cooling materials.

- This press release was provided by Osaka University