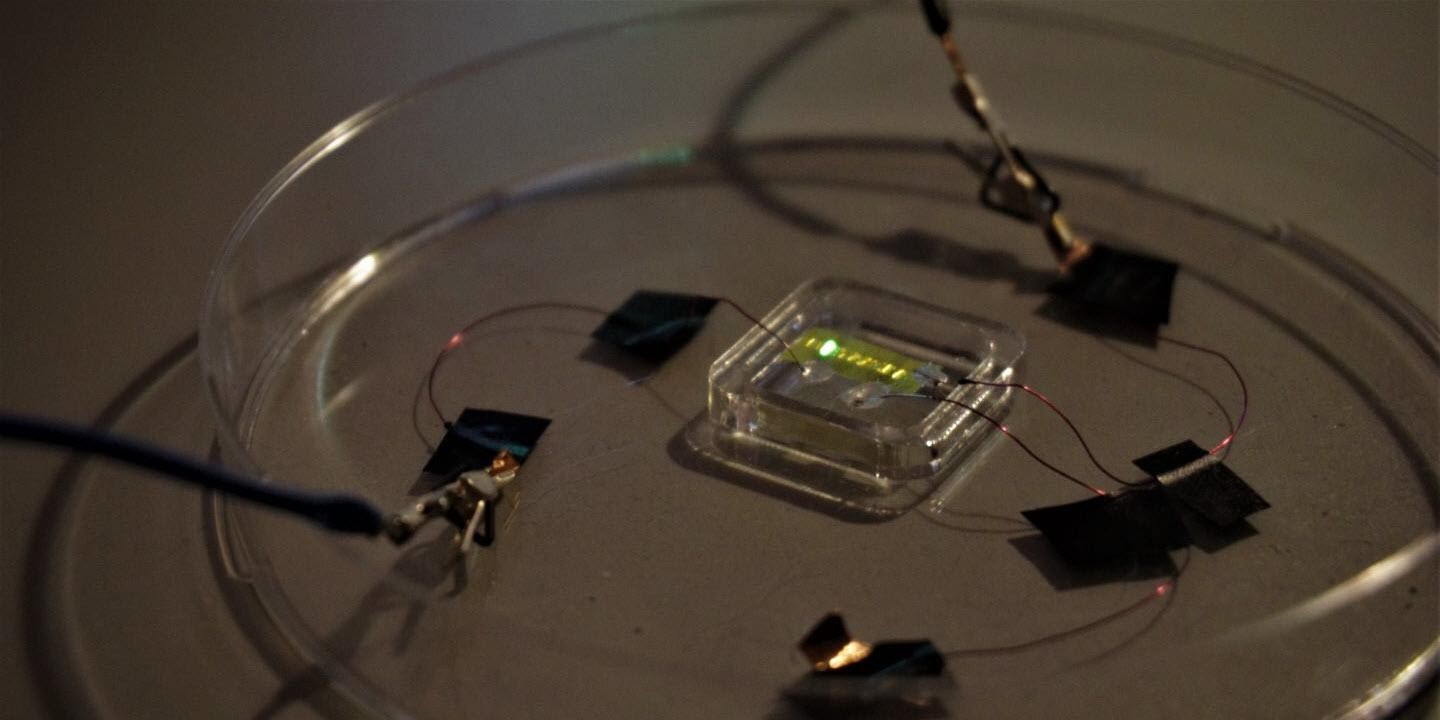 Scientists at University College London (UCL) and the IIT -Istituto Italiano di Tecnologia (Italian Institute of Technology) have created a temporary tattoo with light-emitting technology used in TV and smartphone screens, paving the way for a new type of "smart tattoo" with a range of potential uses.

The technology, which uses organic light-emitting diodes (OLEDs), is applied in the same way as water transfer tattoos. That is, the OLEDs are fabricated on to temporary tattoo paper and transferred to a new surface by being pressed on to it and dabbed with water.

The researchers, who described the process in a new paper in the journal Advanced Electronic Materials, say it could be combined with other tattoo electronics to, for instance emit light when an athlete is dehydrated, or when we need to get out of the sun to avoid sunburn. OLEDs could be tattooed on packaging or fruit to signal when a product has passed its expiry date or will soon become inedible, or used for fashion in the form of glowing tattoos.

"The tattooable OLEDs that we have demonstrated for the first time can be made at scale and very cheaply," said professor Franco Cacialli (UCL Physics & Astronomy), senior author of the paper. "They can be combined with other forms of tattoo electronics for a very wide range of possible uses. These could be for fashion—for instance, providing glowing tattoos and light-emitting fingernails. In sports, they could be combined with a sweat sensor to signal dehydration.

In health care they could emit light when there is a change in a patient's condition—or, if the tattoo was turned the other way into the skin, they could potentially be combined with light-sensitive therapies to target cancer cells, for instance. Our proof-of-concept study is the first step. Future challenges will include encapsulating the OLEDs as much as possible to stop them from degrading quickly through contact with air, as well as integrating the device with a battery or supercapacitor." 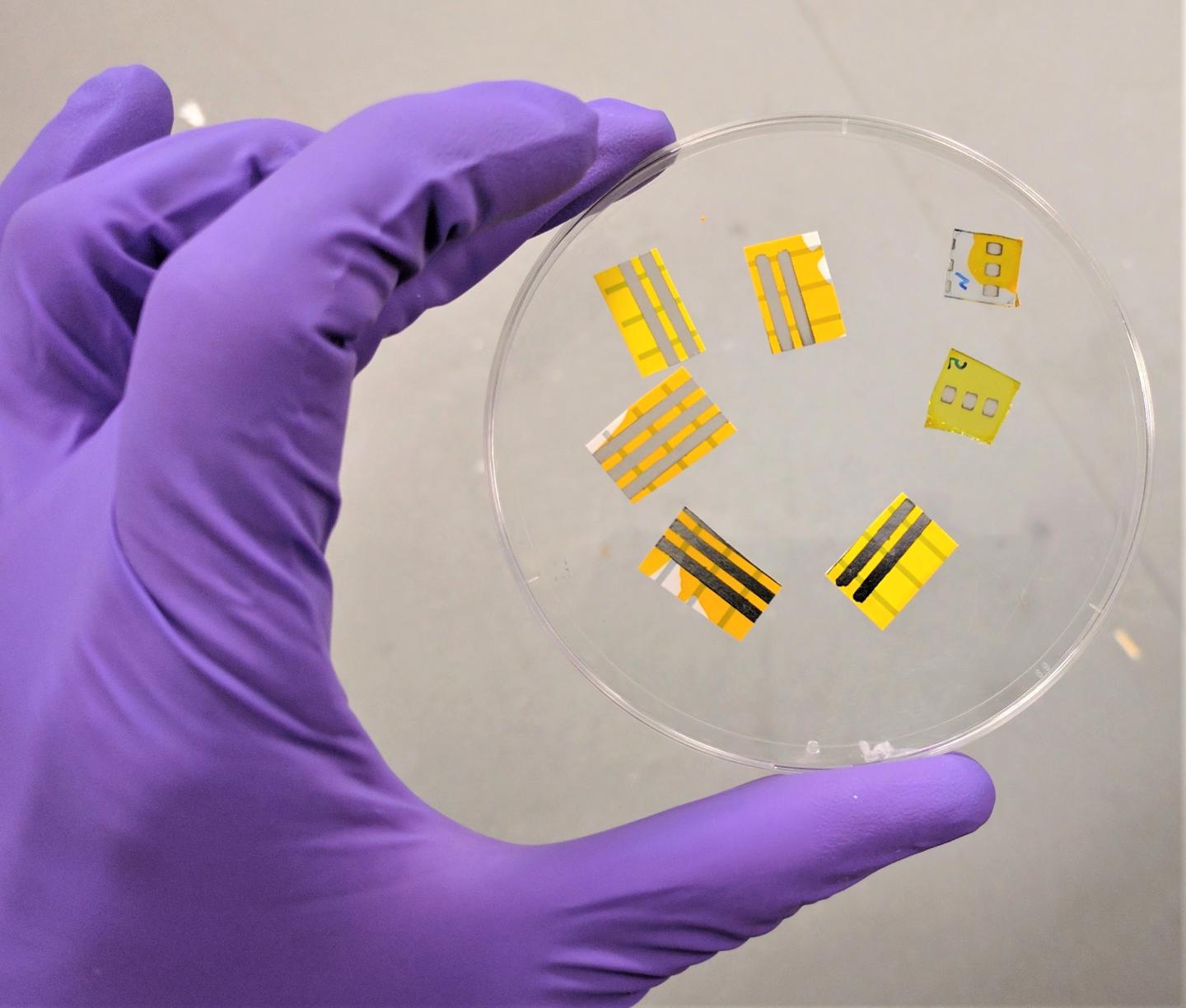 The OLED device the researchers developed is 2.3 micrometers thick in total (less than one 400th of a millimeter)—about a third of the length of a single red blood cell. It consists of an electroluminescent polymer (a polymer that emits light when an electric field is applied) in between electrodes. An insulating layer is placed in between the electrodes and the commercial tattoo paper.

The light-emitting polymer is 76 nanometers thick (a nanometer is a millionth of a millimeter) and was created using a technique called spin coating, where the polymer is applied to a substrate which is spun at high speed, producing an extremely thin and even layer.

Once they had built the technology, the team applied the tattooable OLEDs, which emitted green light, on to a pane of glass, a plastic bottle, an orange, and paper packaging.

"Tattoo electronics is a fast-growing field of research. At the Italian Institute of Technology we have previously pioneered electrodes that we have tattooed onto people's skin that can be used to perform diagnostic tests such as electrocardiograms," said senior author and professor Virgilio Mattoli, who is also a researcher at Italian Institute of Technology. "The advantage of this technology is that it is low-cost, easy to apply and use, and washes off easily with soap and water."

OLEDs were first used in a flatscreen TV 20 years ago. Among the advantages of the technology are that they can be used on flexible, bendy surfaces, and that they can be made from liquid solvents. This means they are printable, providing a cheap way to create bespoke new OLED designs.

- This press release was originally published on the UCL News website. It has been edited for style