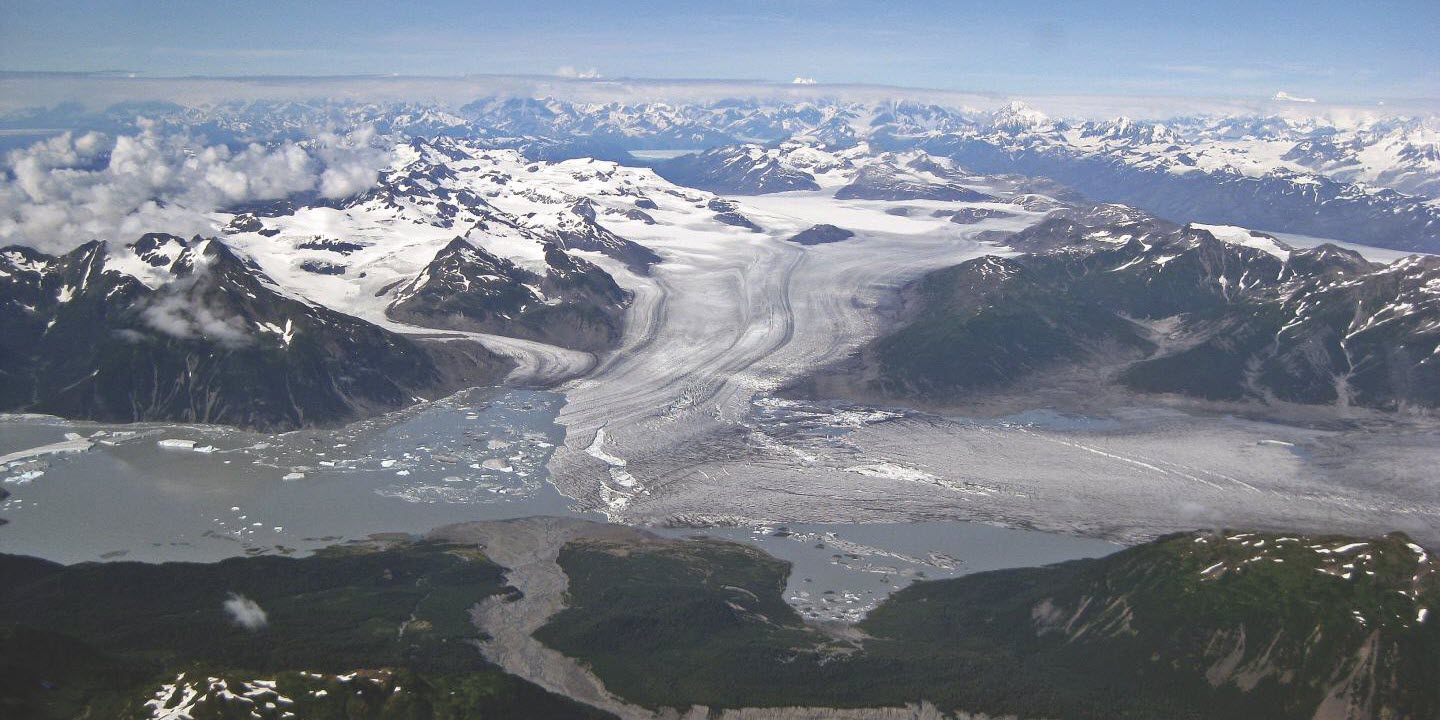 Glaciers such as the Yakutat in Southeast Alaska, shown here, have been melting since the end of the Little Ice Age, influencing earthquakes in the region.
Sam Herreid

In 1958, a magnitude 7.8 earthquake triggered a rockslide into Southeast Alaska's Lituya Bay, creating a tsunami that ran 1,700 feet up a mountainside before racing out to sea.

In a recently published research article, scientists with the University of Alaska Fairbanks Geophysical Institute found that ice loss near Glacier Bay National Park has influenced the timing and location of earthquakes with a magnitude of 5.0 or greater in the area during the past century.

Scientists have known for decades that melting glaciers have caused earthquakes in otherwise tectonically stable regions, such as Canada's interior and Scandinavia. In Alaska, this pattern has been harder to detect, as earthquakes are common in the southern part of the state.

Alaska has some of the world's largest glaciers, which can be thousands of feet thick and cover hundreds of square miles. The ice's weight causes the land beneath it to sink, and, when a glacier melts, the ground springs back like a sponge.

"There are two components to the uplift," said Chris Rollins, the study's lead author who conducted the research while at the Geophysical Institute. "There's what's called the 'elastic effect,' which is when the earth instantly springs back up after an ice mass is removed. Then there's the prolonged effect from the mantle flowing back upwards under the vacated space."

The relationship between mantle movement and large earthquakes

In the study, researchers link the expanding movement of the mantle with large earthquakes across Southeast Alaska, where glaciers have been melting for over 200 years. More than 1,200 cubic miles of ice have been lost.

Southern Alaska sits at the boundary between the continental North American plate and the Pacific Plate. They grind past each other at about two inches per year—roughly twice the rate of the San Andreas fault in California—resulting in frequent earthquakes.

The disappearance of glaciers, however, has also caused Southeast Alaska's land to rise at about 1.5 inches per year. 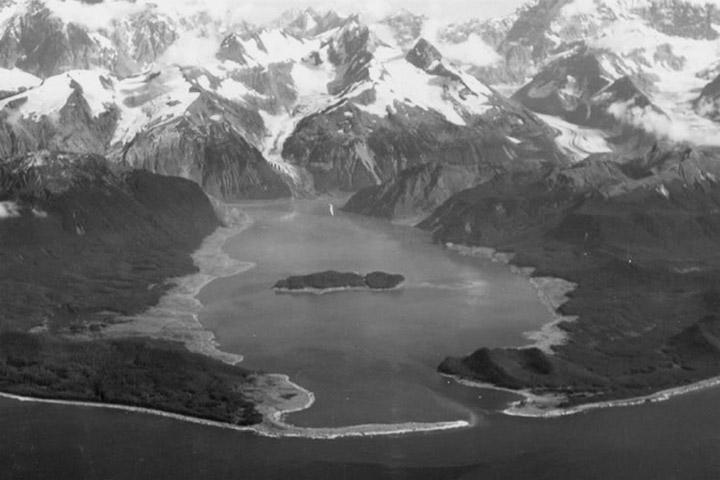 An earthquake-triggered tsunami stripped vegetation from the hills and mountains above Lituya Bay in 1958. The treeless areas are visible as lighter ground surrounding the bay in this photograph taken shortly after the event.
Donald Miller, US Geological Survey

Rollins ran models of earth movement and ice loss since 1770, finding a subtle but unmistakable correlation between earthquakes and earth rebound.

When they combined their maps of ice loss and shear stress with seismic records back to 1920, they found that most large quakes were correlated with the stress from long-term earth rebound.

Unexpectedly, the greatest amount of stress from ice loss occurred near the exact epicenter of the 1958 quake that caused the Lituya Bay tsunami.

While the melting of glaciers is not the direct cause of earthquakes, it likely modulates both the timing and severity of seismic events.

When the earth rebounds following a glacier's retreat, it does so much like bread rising in an oven, spreading in all directions. This effectively unclamps strike-slip faults, such as the Fairweather in Southeast Alaska, and makes it easier for the two sides to slip past one another.

In the case of the 1958 quake, the postglacial rebound torqued the crust around the fault in a way that increased stress near the epicenter as well. Both this and the unclamping effect brought the fault closer to failure.

"The movement of plates is the main driver of seismicity, uplift and deformation in the area," said Rollins. "But postglacial rebound adds to it, sort of like the de-icing on the cake. It makes it more likely for faults that are in the red zone to hit their stress limit and slip in an earthquake."

- This press release was originally published on the University of Alaska Fairbanks website. It has been edited for style