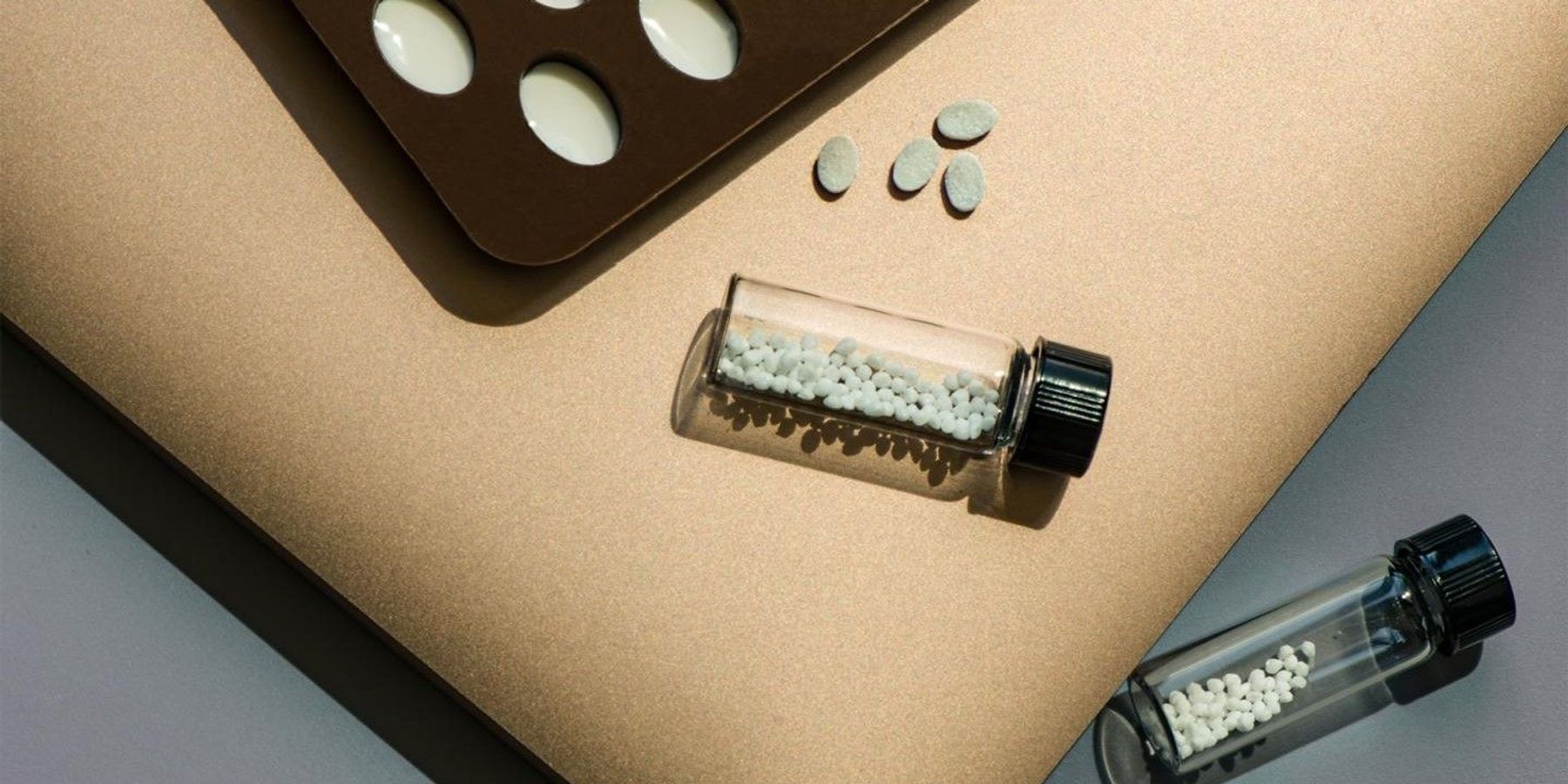 MIT chemical engineers have devised a new way to formulate hydrophobic drugs by turning them into a nanoemulsion, which can be poured into a mold and dried into tablets. The nanoemulsion can also be used to form small particles, seen in the vials
Felice Frankel

CAMBRIDGE, MA — About 60 percent of drugs on the market have hydrophobic molecules as their active ingredients. These drugs, which are not soluble in water, can be difficult to formulate into tablets because they need to be broken down into very small crystals in order to be absorbed by the human body.

A team of Massachusetts Institute of Technology (MIT) chemical engineers has now devised a simpler process for incorporating hydrophobic drugs into tablets or other drug formulations such as capsules and thin films. Their technique, which involves creating an emulsion of the drug and then crystallizing it, allows for a more powerful dose to be loaded per tablet.

"This is very important because if we can achieve high drug loading, it means that we can make smaller dosages that still achieve the same therapeutic effect. This can greatly improve patient compliance because they just need to take a very small drug and it's still very effective," says Liang-Hsun Chen, an MIT graduate student and the lead author of the new study.

Patrick Doyle, the Robert T. Haslam professor of chemical engineering, is the senior author of the paper, which appears today in Advanced Materials.

Most medicines consist of an active ingredient that is combined with other compounds called excipients, which help to stabilize the drug and control how it is released in the body. The resulting tablets, capsules, or films are called formulations.

Currently, to create formulations of hydrophobic drugs, pharmaceutical companies use a process that requires milling the compound down to nanocrystals, which are easier for human cells to absorb. These crystals are then blended with excipients. One excipient that is often mixed with hydrophobic drugs is methylcellulose, a compound derived from cellulose. Methylcellulose dissolves easily in water, which helps drugs to be released faster in the body.

This method is widely used, but has many inefficiencies, according to the MIT team. "The milling step is very time consuming and energy intensive, and the abrasive process can cause changes in active ingredient properties, which can undermine the therapeutic effects," Chen says.

He and Doyle set out to come up with a more efficient way to combine hydrophobic drugs with methylcellulose, by forming an emulsion. Emulsions are mixtures of oil droplets suspended in water, such as the mixture formed when an oil and vinegar salad dressing is shaken up.

When these droplets are on the scale of nanometers in diameter, this kind of mixture is called a nanoemulsion. To create their nanoemulsion, the researchers took a hydrophobic drug called fenofibrate, which is used to help lower cholesterol, and dissolved it in an oil called anisole. Then they combined this oil phase with methylcellulose dissolved in water, using ultrasonication (sound waves) to create nanoscale oil droplets. Methylcellulose helps to keep the water and oil droplets from separating again because it is amphiphilic, meaning that it can bind to both the oil droplets and the water.

"The particle formation is nearly instantaneous, so everything that was in your liquid drop gets converted to a solid particle without any loss," Doyle says. "After drying, we have nanocrystals of fenofibrate uniformly distributed in the methylcellulose matrix."

Once the nanocrystal-loaded particles are formed, they can be crushed into powder and then compressed into tablets, using standard drug manufacturing techniques. Alternatively, the researchers can pour their gel into molds instead of dripping it into water, allowing them to create drug tablets in any shape.

Using their nanoemulsion technique, the researchers were able to achieve drug loading of about 60 percent. In contrast, the currently available formulations of fenofibrate have a drug concentration of about 25 percent. The technique could be easily adapted to load even higher concentrations by increasing the ratio of oil to water in the emulsion, the researchers say.

"This can enable us to make more effective and smaller drugs that are easier to swallow, and that can be very beneficial for many people who have difficulty swallowing drugs," Chen says.

This method can also be used to make thin films—a type of drug formulation that has become more widely used in recent years, and is especially beneficial for children and older people. Once a nanoemulsion is made, the researchers can dry it into a thin film that has drug nanocrystals embedded in it.

It is estimated that about 90 percent of the drugs now in development are hydrophobic, so this approach could potentially be used to develop formulations for those drugs, as well as hydrophobic drugs that are already in use, the researchers say. Many widely used drugs, including ibuprofen and other anti-inflammatory drugs such as ketoprofen and naproxen, are hydrophobic.

"The flexibility of the system is that we can choose different oils to load different drugs, and then make it into a nanoemulsion using our system. We don't need to do a lot of trial and error optimization because the emulsification process is the same," Chen says.