LOWELL, MA — A discovery by a team of researchers led by University of Massachusetts Lowell nuclear physicists could change how atoms are understood by scientists and help explain extreme phenomena in outer space.

The breakthrough by the researchers revealed that a symmetry that exists within the core of the atom is not as fundamental as scientists have believed. The discovery sheds light on the forces at work within the atoms' nucleus, opening the door to a greater understanding of the universe. The findings were published Apr. 1 in Nature, one of the world's premier scientific journals.

The discovery was made when the UMass Lowell-led team was working to determine how atomic nuclei are created in X-ray bursts—explosions that happen on the surface of neutron stars, which are the remnants of massive stars at the end of their life. 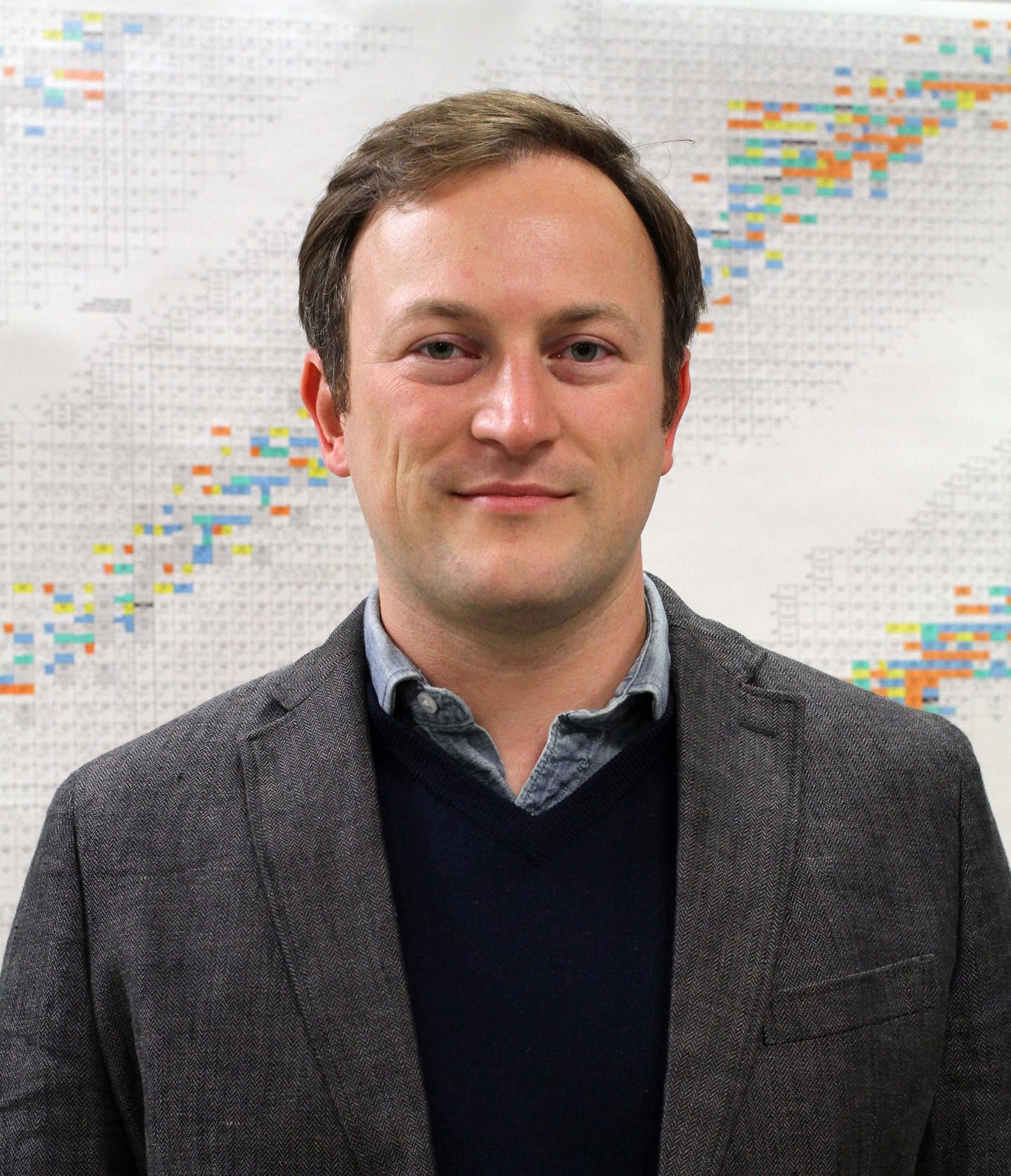 "We are studying what happens inside the nuclei of these atoms to better understand these cosmic phenomena and, ultimately, to answer one of the biggest questions in science—how the chemical elements are created in the universe," said Andrew Rogers, UMass Lowell assistant professor of physics, who heads the research team.

The research is supported by a $1.2 million grant from the US Department of Energy to UMass Lowell and was conducted at the National Superconducting Cyclotron Laboratory (NSCL) at Michigan State University. At the lab, scientists create exotic atomic nuclei to measure their properties in order to understand their role as the building blocks of matter, the cosmos, and of life itself.

Atoms are some of the smallest units of matter. Each atom includes electrons orbiting around a tiny nucleus deep within its core, which contains almost all its mass and energy. Atomic nuclei are composed of two nearly identical particles: charged protons and uncharged neutrons. The number of protons in a nucleus determines which element the atom belongs to on the periodic table and thus its chemistry. Isotopes of an element have the same number of protons but a different number of neutrons.

At the NSCL, nuclei were accelerated to near the speed of light and smashed apart into fragments creating strontium-73—a rare isotope that is not found naturally on Earth but can exist for short periods of time during violent thermonuclear X-ray bursts on the surface of neutron stars. This isotope of strontium contains 38 protons and 35 neutrons and only lives for a fraction of a second.

Working around the clock over eight days, the team created more than 400 strontium-73 nuclei and compared them to the known properties of bromine-73, an isotope that contains 35 protons and 38 neutrons. With interchanged number of protons and neutrons, bromine-73 nuclei are considered "mirror partners" to strontium-73 nuclei. Mirror symmetry in nuclei exists because of the similarities between protons and neutrons and underlies scientists' understanding of nuclear physics.

Related Article: Scientists Weigh in on the Origin of Heavy Elements

Roughly every half-hour, the researchers created one strontium-73 nucleus, transported it through the NSCL's isotope separator and then brought the nucleus to a stop at the center of a complex detector array where they could observe its behavior. By studying the radioactive decay of these nuclei, the scientists found that strontium-73 behaved entirely differently from bromine-73. The discovery raises new questions about nuclear forces, according to Rogers.

"Strontium-73 and bromine-73 should appear identical in structure, but surprisingly do not, we found. Probing symmetries that exist in nature is a very powerful tool for physicists. When symmetries break down, that tells us something's wrong in our understanding, and we need to take a closer look," Rogers said.

What the scientists saw will challenge nuclear theory, according to Daniel Hoff, a UMass Lowell research associate who was the lead author of the article published in Nature.

"Comparing strontium-73 and bromine-73 nuclei was like looking in a mirror and not recognizing yourself. Once we convinced ourselves that what we were seeing was real, we were very excited," Hoff said.

As part of the team's study, state-of-the-art theoretical calculations were carried out by Simin Wang, a research associate at Michigan State, and directed by Witold Nazarewicz, MSU's John A. Hannah Distinguished Professor of Physics and chief scientist at the Facility for Rare Isotope Beams (FRIB), which will open next year.

The researchers' work "offers unique insights into the structure of rare isotopes," Nazarewicz said. "But much still remains to be done. New facilities coming online, such as FRIB at MSU, will provide missing clues into a deeper understanding of the mirror symmetry puzzle. I am glad that the exotic beams delivered by our facility, unique instrumentation and theoretical calculations could contribute to this magnificent work."

Plans for more experiments are already underway, as the researchers seek to refine and confirm their observations and study these isotopes further.

- This press release was originally published on the UMass Lowell website