University of California, Los Angeles (UCLA) chemists have reported the key chemical discovery necessary for the creation of a small, electronic marijuana breathalyzer. The research is published in Organic Letters, a peer-reviewed journal of the American Chemical Society.

The legalization and decriminalization of marijuana in California and elsewhere have made marijuana detection especially important, said senior author Neil Garg, UCLA's Kenneth N. Trueblood Professor of Chemistry and Biochemistry and chair of UCLA's department of chemistry and biochemistry.

"When I grew up, people were taught not to drive drunk," Garg said. "I haven't seen the same type of messages for marijuana yet, and statistics indicate more than 14 million people in the US smoke marijuana and drive. Our goal was to devise a very simple solution that could be adopted by society. We have shown in this study we can change the chemical structure and properties of THC—the primary psychoactive ingredient in marijuana—using perhaps the simplest chemical means possible: electricity, to determine whether a person is impaired."

"We want a simple breathalyzer that doesn't require specialized training because a police officer is not a trained synthetic organic chemist," said lead author Evan Darzi, a former postdoctoral scholar in Garg's laboratory.

While Darzi and Garg have developed the chemistry that would be at the heart of a marijuana breathalyzer, they have not created an actual device. "We have established the fundamental proof of concept," said Garg, who received the 2018 Robert Foster Cherry Award—which is the largest university teaching prize in the US, awarded by Baylor University—and was named the 2015 California Professor of the Year.

Darzi and Garg developed a simple oxidation process similar to that used in an alcohol breathalyzer. Oxidation is the loss of an electron from a molecule. The researchers removed a hydrogen molecule from THC (whose full name is delta-9-tetrahydrocannabinol). Alcohol breathalyzers convert ethanol to an organic chemical compound, and hydrogen is lost through the oxidation process.

"The chemistry we are doing with THC is the same thing," Garg said. "We remove a molecule of hydrogen from THC. That is oxidation. This leads to changes in the color of the molecule that can be detected."

Darzi and Garg report two ways to do the oxidation of THC. Their preferred, inexpensive approach is to use electricity.

"Some of our initial ideas involved trying to get complicated molecules to bind to THC in order to detect a signal," Garg said. "After a while, we realized the simplest solution is to pump electricity into THC and have a chemical reaction occur that produces a change we can detect. It doesn't matter what the change is, as long as it is easy to detect. Oxidation is one of the simplest reactions one can do to a molecule."

The structure of THC includes a unit called a phenol. When chemists oxidize a phenol, the oxidation produces a member of a class of organic compounds called quinones. "We know how to oxidize a phenol into a quinone," Garg said.

THC and the quinone absorb light differently. "Once we knew that," Garg said, "we decided to use electricity to perform the oxidation." Darzi used a new device in Garg's laboratory (called an ElectraSyn 2.0 by IKA Works) that allows him to perform electrochemical reactions. 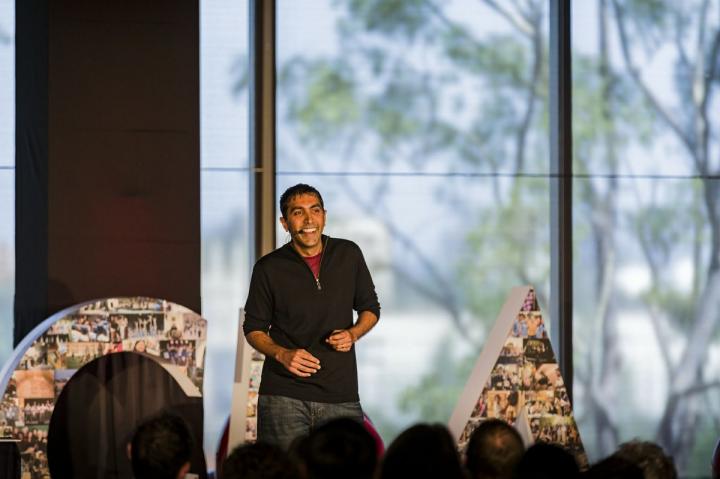 The legalization and decriminalization of marijuana in California and elsewhere have made marijuana detection especially important, said senior author Neil Garg.
Jesse Herring

"Doing organic chemistry using electrochemistry is not something that people in my field historically have done regularly," Garg said. "Evan studied different variations of how to set up the chemical reactions until he found the best way to oxidize THC."

In order to conduct the research, the chemists first obtained a license from the US Drug Enforcement Administration to study THC in their laboratory.

The chemists said they have had positive responses from other chemists with whom they have shared their research.

The next big step, Garg said, is to achieve the same result with a breath sample from a person who has very recently consumed marijuana, and to avoid false positives. Studies suggest marijuana on the breath can reliably reveal whether marijuana was smoked or otherwise consumed in the last four or five hours, Darzi said. Garg hopes his laboratory will continue this research in collaboration with a company interested in developing the technology. However, he noted there are significant challenges to develop this technology at a university due to federal regulations. UCLA has filed a provisional patent application on the THC oxidation.

"Professor Garg and I both have young children," Darzi said, "and our children will grow up in a world where marijuana is legal. We're glad we can play a role in helping society address this issue."

- This press release was originally published on the UCLA Newsroom website