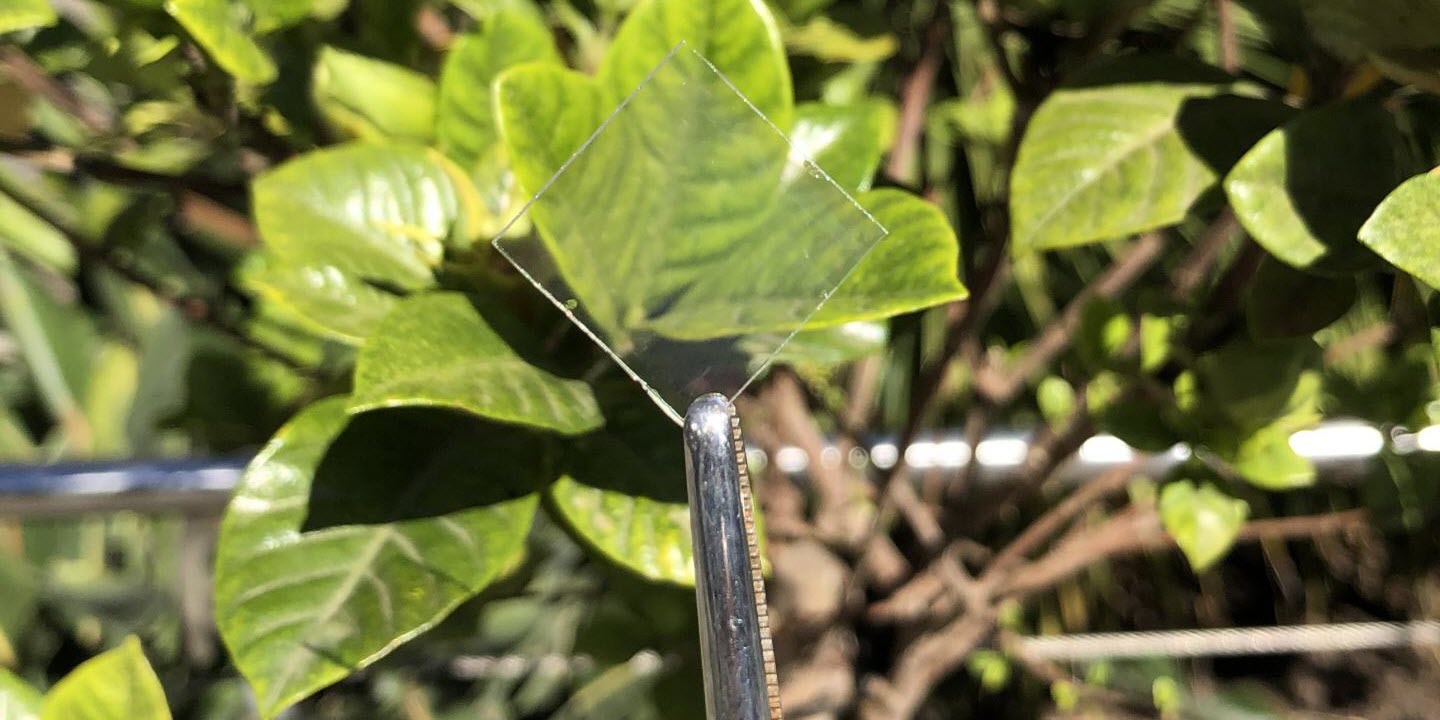 The ultra-thin clear coatings are made with a new spray-on method that is fast, cost-effective and scalable.
RMIT University

A simple method for making clear coatings that can block heat and conduct electricity could radically cut the cost of energy-saving smart windows and heat-repelling glass.

The spray-on coatings developed by researchers at RMIT University in Melbourne, Australia, are ultra-thin, cost-effective, and rival the performance of current industry standards for transparent electrodes.

Combining the best properties of glass and metals in a single component, a transparent electrode is a highly conductive clear coating that allows visible light through.

The new spray-on method is fast, scalable, and based on cheaper materials that are readily available.

The method could simplify the fabrication of smart windows, which can be both energy-saving and dimmable, as well as low-emissivity glass, where a conventional glass panel is coated with a special layer to minimize ultraviolet and infrared light.

Lead investigator Dr. Enrico Della Gaspera said the pioneering approach could be used to substantially bring down the cost of energy-saving windows and potentially make them a standard part of new builds and retrofits.

"Smart windows and low-E glass can help regulate temperatures inside a building, delivering major environmental benefits and financial savings, but they remain expensive and challenging to manufacture," said Della Gaspera, a senior lecturer and Australian Research Council DECRA fellow at RMIT. "We're keen to collaborate with industry to further develop this innovative type of coating.

The ultimate aim is to make smart windows much more widely accessible, cutting energy costs and reducing the carbon footprint of new and retrofitted buildings."

The new method can also be precisely optimized to produce coatings tailored to the transparency and conductivity requirements of the many different applications of transparent electrodes.

How the tech works

The standard approach for manufacturing transparent electrodes is based on indium, a rare and expensive element, and vacuum deposition methods, which are bulky, slow, and costly.

This makes transparent electrodes a major cost in the production of any optoelectronic device.

In the new study published in the journal Advanced Materials Interfaces, researchers in RMIT's School of Science made transparent electrodes using the far cheaper material tin oxide, spiked with a special combination of chemicals to enhance conductivity and transparency.

The ultra-thin transparent coatings, which are over 100 times thinner than a human hair, only allow visible light through, while blocking both harmful UV light and heat in the form of infrared radiation.

A precursor solution is nebulized, using commercially available technology to create a fine spray mist that forms ultra-small and uniformly-sized droplets. This solution is sprayed on a heated support layer, such as glass.

When the solution hits the hot layer a chemical reaction is triggered, decomposing the precursor into a solid residue that is deposited as an ultra-thin coating. All the by-products of the reaction are eliminated as vapors, leaving a pure coating with the desired composition.

The global market size for smart glass and smart windows is expected to reach $6.9 billion by 2022, while the global low-E glass market is set to reach an estimated $39.4 billion by 2024.

Eureka Tower in Melbourne features a dramatic use of smart glass in its "Edge" tourist attraction, a glass cube that projects 3 m out of the building and suspends visitors 300 m over the city. The glass is opaque as the cube moves out over the edge of the building and becomes clear once fully extended.

First author Jaewon Kim, a PhD researcher in applied chemistry at RMIT, said the next steps in the research were developing precursors that will decompose at lower temperatures, allowing the coatings to be deposited on plastics and used in flexible electronics, as well as producing larger prototypes by scaling up the deposition.

"The spray coater we use can be automatically controlled and programmed, so fabricating bigger proof-of-concept panels will be relatively simple," he said.