Bethesda, Md. (Oct. 9, 2013)— In many modern societies, adults often sacrifice sleep during the workweek to make time for other demands, then snooze longer on the weekends to recoup that lost sleep. Research has shown that even a few days of lost sleep can have adverse effects, including increased daytime sleepiness, worsened daytime performance, an increase in molecules that are a sign of inflammation in the body, and impaired blood sugar regulation. These last two could be partially responsible for why sleeping less negatively affects health in other ways and shortens the lifespan. Though many people believe they can make up sleep lost during the workweek by sleeping more on the weekend, it’s unknown whether this “recovery” sleep can adequately reverse these adverse effects.

To help answer this question, researchers led by Alexandros N. Vgontzas of the Penn State University College of Medicine, placed 30 volunteers on a sleep schedule that mimicked a sleep-restricted workweek followed by a weekend with extra recovery sleep. At various points along this schedule, the researchers assessed the volunteers’ health and performance using a variety of different tests.

The study is entitled “The Effects of Recovery Sleep After One Workweek of Mild Sleep Restriction on Interleukin-6 and Cortisol Secretion and Daytime Sleepiness and Performance.” It appears in the American Journal of Physiology-Endocrinology and Metabolism, published by the American Physiological Society. The article is available online at http://bit.ly/17TeQgg.

The researchers recruited 30 healthy adults who were normal sleepers and put them on a 13-day schedule that involved spending nights in a sleep lab. For the first four nights, the subjects were allowed to sleep for 8 hours, setting a baseline for a healthy, normal amount of sleep. For the next six nights, the researchers woke the subjects up 2 hours earlier. For the following three nights, the subjects were allowed to sleep for 10 hours. The researchers monitored the volunteers’ brain waves during these sleep sessions. At three points during the 13-day schedule, the volunteers spent whole days at the lab taking part in various tests: after the 4 days of baseline sleep, after 5 days of restricted sleep, and after 2 days of recovery sleep. On these days, the subjects had catheters inserted into their arms, and the researchers sampled blood every hour, testing it for levels of interleukin-6 (a marker of inflammation) and cortisol (a hormone secreted during stress). They also participated in a test of how quickly they fell asleep when allowed to nap several times during those days (an objective measure of sleepiness) and filled out questionnaires to assess how sleepy they felt (a subjective measure of sleepiness). To assess their performance, they participated in a test in which they were asked to press a button whenever a dot appeared on a screen, which measured how well they were able to pay attention.

Not surprisingly, the researchers found that after 5 days of restricted sleep, the subjects were significantly sleepier on both objective and subjective tests compared to baseline levels. Their interleukin-6 levels increased sharply during restricted sleep, though their cortisol levels remained the same. Their performance on the attention test deteriorated. After 2 days of recovery sleep, both objective and subjective tests showed that the volunteers were less sleepy. Their interleukin-6 levels reduced, and their cortisol levels decreased significantly compared to baseline, possibly suggesting that the volunteers were sleep deprived before the study started. Notably, their performance on the attention test didn’t improve after recovery sleep.

Importance of the Findings

Though many indicators of health and well being improved after recovery sleep, these findings suggest that extra sleep may not fix all the deficits caused by lost sleep during the workweek.

“Two nights of extended recovery sleep may not be sufficient to overcome behavioral alertness deficits resulting from mild sleep restriction,” the authors write. “This may have important implications for people with safety-critical professions, such as health-care workers, as well as transportation system employees (drivers, pilots, etc.).”

The authors also suggest that even though these results provide some insight on the health effects of a single week of sleep loss and recovery, reliving the cycle over and over again may have more significant health effects that this study wouldn’t show. 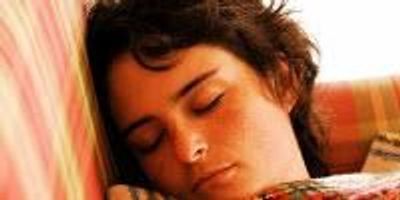