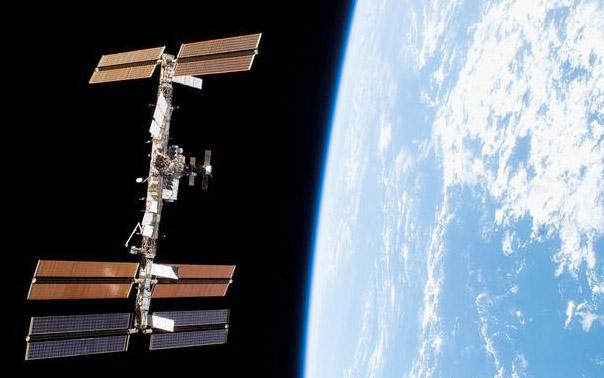 Stem cells self-renew, generating more stem cells, and specialize into tissue-specific cells, such as blood, brain and liver cells, making them ideal for biological studies far from Earth's resources. The goal of the new effort is to leverage microgravity and these unique properties of stem cells to better understand how space flight affects the human body. The studies will also inform how aging, degenerative diseases, cancers, and other conditions develop in a setting with increased exposure to ionizing radiation and pro-inflammatory factors. The findings from these studies may speed the development of new therapeutics for a broad array of degenerative diseases on Earth.

"We envision that the next thriving ecosystem of commercial stem cell companies, the next nexus for biotechnology, could be created 250 miles overhead by the establishment of these capabilities on the ISS," said Catriona Jamieson, MD, PhD, co-principal investigator of the award and Koman Family Presidential Endowed Chair in Cancer Research, deputy director of Moores Cancer Center, director of the Sanford Stem Cell Clinical Center and director of the CIRM Alpha Stem Cell Clinic at UC San Diego Health.

The project's first flight to the ISS is planned for mid-2021. The ISS stem cell lab is expected to be fully operational and self-sustaining by 2025.

With hardware designed by Space Tango, a developer of fully automated, remote-controlled systems for research and manufacturing on orbit, initial projects in the new lab will include investigations of:

Blood cancers and immune reactivation syndromes, led by Jamieson, who is also a member of the Sanford Consortium for Regenerative Medicine, and Sheldon Morris, MD, MPH, clinical professor of family medicine and public health and infectious diseases at UC San Diego School of Medicine.

In what's known as the NASA Twins Study, investigators around the nation assessed identical twin astronauts Scott and Mark Kelly. Scott flew aboard the ISS for 342 days in 2015 and 2016, while his identical twin brother, Mark, remained on Earth. In a paper published in Science in early 2019, researchers, including UC San Diego School of Medicine's Brinda Rana, PhD, described the many ways Scott's body differed from Mark's due to his time spent in microgravity, including signs of pre-cancer.

In the new ISS lab, Jamieson and Morris will use stem cell-derived blood and immune cells to look for biomarkers—tell-tale molecular changes—as cancer develops and immune cells malfunction in microgravity. They will also work with experts in the Jacobs School of Engineering at UC San Diego and Space Tango to build special microscopes and bioreactors that fit the ISS lab space and transmit images to Earth in near real-time.

"If we can find early predictors of cancer progression on the ISS, we are ideally positioned to rapidly translate them into clinical trials in our Sanford Stem Cell Clinical Center back on Earth," Jamieson said.

Brain stem cell regeneration and repair, led by Alysson R. Muotri, PhD, professor of pediatrics and cellular and molecular medicine and director of the Stem Cell Program at UC San Diego School of Medicine and a member of the Sanford Consortium for Regenerative Medicine, and Erik Viirre, MD, PhD, professor of neurosciences and director of the Arthur C. Clarke Center for Human Imagination.

This project will build on a previous proof-of concept flight that sent a payload of stem cell-derived human brain organoids to the ISS in 2019. Brain organoids—also called mini-brains—are 3D cellular models that represent aspects of the human brain in the laboratory. Brain organoids help researchers track human development, unravel the molecular events that lead to disease and test new treatments.

Since their last trip to space, the UC San Diego team has significantly advanced the brain organoids' levels of neural network activity—electrical impulses that can be recorded by multi-electrode arrays.

"All the research models we currently use to study aging in a laboratory dish rely on artificial things, such as increasing oxidative stress or manipulating genes associated with aging," said Muotri, who is also co-principal investigator on the award. "Here, we're taking a different approach to speed up the aging process and study how it plays a role in developmental diseases and neurodegenerative conditions such as Alzheimer's."

On Earth, Brenner and Kisseleva study ailments of the liver, such as liver fibrosis and steatohepatitis, a type of fatty liver disease. Liver diseases can be caused by alcohol use, obesity, viral infection, and a number of other factors. They are interested in determining the impact microgravity may have on liver function, which could provide insights into diseases on Earth, as well as potential effects during space travel. In the future, the team may test therapies for steatohepatitis in the new ISS lab, where microgravity mimics aging and can lead to liver cell injury.

"These insights may allow us to develop new ways to stop the progression of liver disease and cirrhosis—conditions that affect approximately 4.5 million people in the U.S.," Brenner said.