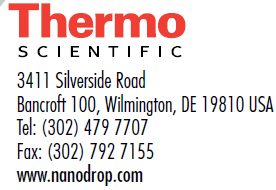 Although gold nanoparticle production can be controlled to yield specific size ranges, both the concentration and size of nanoparticles must be checked following production. UV-Vis spectrophotometry is an established QC method for this; however cuvette spectrophotometers often require dilution of the nanoparticle solution before measuring, and volumes up to 3 mL.  The Thermo Scientific NanoDrop 2000 spectrophotometer presents the advantages of variable pathlength and low sample volume, circumventing the problems of traditional spectrophotometers.

Introduction
The ease, speed and cost of UV-Vis spectrophotometry make the technique frequently the first used to judge the success of nanoparticle (NP) production. The use of traditional spectrophotometers is still inconvenient, however, as the use of cuvettes presents several inherent drawbacks.

Nanoparticles are often produced in high concentrations, and have large extinction coefficients, resulting in the need for dilution prior to measurement. In addition to this, the concentration of solutions may vary widely, requiring measurement of multiple dilutions in order to find one within the spectrophotometer’s dynamic range. Colloidal metal NP size can also be assessed using UV-Vis spectrophotometry, as the wavelength of the absorbance peak is dependent on the size and shape of the particles because of the surface plasmon resonance effect as light strikes them.

Recent work1 has shown that a NanoDropTM 2000 presents a low volume alternative to the use of cuvettes. The pedestal technology used requires only 2 µL, saving samples which may be especially precious following a lengthy functionalization. The variable pathlengths (0.05 - 1.0 mm) also negate the need for dilutions by extending the instrument’s dynamic range.

Experimental Procedures
Gold NPs with diameter 13 nm were synthesized via a sodium citrate reduction of gold (III) chloride.2 The NanoDrop 2000 was first used to determine the approximate NP size by verifying the wavelength of the absorbance peak (fig. 1a).

The NPs were then purified and concentrated before a serial dilution was created and measured (fig. 1b). Between measurements, the NanoDrop 2000 optical surfaces were simply cleaned using a standard laboratory tissue.

Fig. 1 (a) UV-Vis spectra for a dilution series of gold NPs; (b) corresponding 1 mm Abs vs concentration plot showing the linearity over a large concentration range.Results
As shown in figure 1a, spectra are highly reproducible, with high signal to noise ratios. Peak absorbance was measured at 520 nm, as previously reported.3,4 The solutions were successfully measured over a wide concentration range (1~150 nM, fig. 1b). 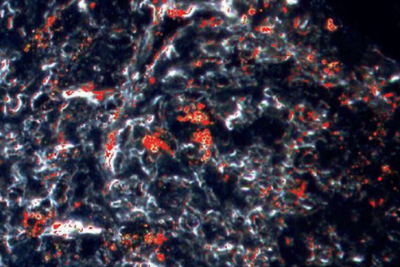 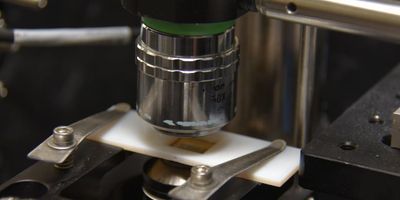 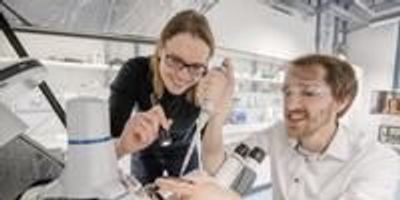 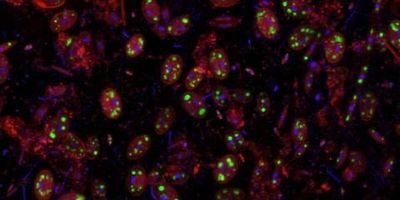 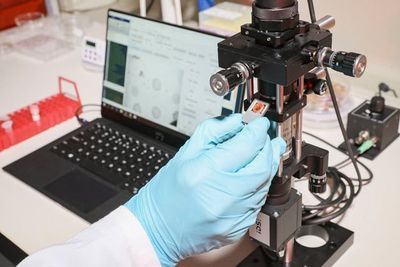 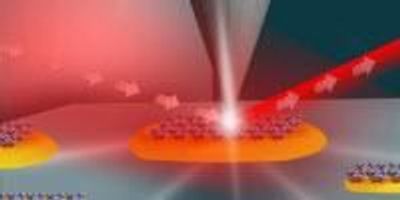