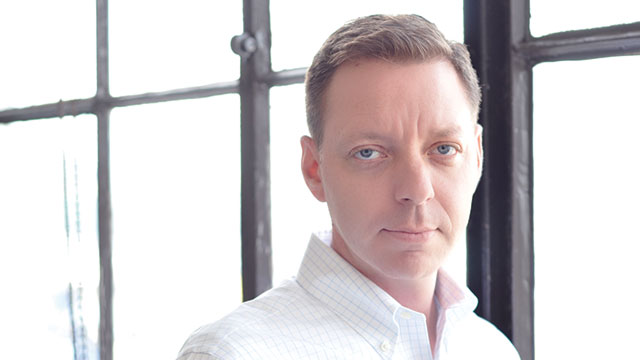 Q: Can you discuss the main markets that 908 Devices serves (field forensics and life sciences) and how your “mini” products are solving needs in these applications?

A: The MX908 is our rugged, handheld mass spectrometer (MS) for field forensic applications. It has been designed from the ground up for field use in the rapid detection and identification of threat materials such as drugs, warfare agents, explosives, and other toxics and precursors. There has been widespread adoption of handheld Raman and FTIR systems in field forensics over the past 10 to 15 years, and these are excellent tools for bulk constituent identification, but their sensitivity is very limited. The MX908 is designed as a complement to those systems, and since it’s more than a millionfold more sensitive than Raman and FTIR, MS is able to address the needle-in-the-haystack problem of small quantities of bad things in a sea of benign or nuisance materials. Street drugs, as an example, are far more complex today than they were 20 years ago (highly potent fentanyl analogs, and a multiplicity of cathinones and cannabinoids), and those problems are particularly well suited for MX908’s capabilities. The same is true with a broad range of materials of concern in the defense and intelligence communities on the warfare agent and explosives fronts.

ZipChip is a matchbox-sized, integrated microfluidic CE and ESI emitter on a chip that interfaces to benchtop mass spectrometers. In spite of its small size, it provides extraordinarily high resolution and high-speed separation. The applications for this chip are very diverse—we can run high-resolution separations across the range of metabolites, peptides, intact proteins, antibodies, and ADCs with the same chip in a matter of minutes. Our ability to work in biologically native conditions has been of particular appeal in biopharma and life science research. We also have an active effort to combine the advantages of the ZipChip with our mini mass spectrometer for some focused life science applications.

Q: MX908’s molecular traps are 1,000 times smaller than those in conventional mass spectrometers. Can you elaborate on the benefits of these molecular traps, how they operate, etc.?

A: Our miniature mass spectrometers employ 3D ion traps. These present some unique opportunities for miniaturization that were realized by our science founder, Dr. Michael Ramsey (ORNL and now UNC Chapel Hill); namely, their resolution doesn’t depend on their scale or size, and with careful fabrication and electrical operation, they can function at much higher pressures than convention would suggest. These two attributes are critical for a rugged, lowcost, and truly miniature MS.

Q: How have you seen miniature mass spectrometers improve or change over the years?

A: Some suitcase-size MS systems have been around for 10 to 15 years, but in general, these have all hit usability limitations when used in field forensics applications— they’re slow to start up, require substantial care and feeding, [are] expensive, and [are] encumbered by software that is pretty difficult for a field operator to use effectively. I think MS is now going through the renaissance that Raman and FTIR went through 10 to 15 years ago, and hopefully, we’re at the forefront of that change.

Q: What are the top benefits of going smaller in size with analytical instruments?

A: The benefit is largely that you can address an entirely different use case. Analytical sensitivity, resolution, linearity, and repeatability are useless metrics if you need an answer now in Place A and the instrument is in Place B. The engineering efforts required to miniaturize these instruments also tend to drive cost reduction, cut complexity, and improve reliability.

Q: How can the size of these instruments shrink without sacrificing sensitivity or other factors?

Q: Aside from the actual instruments being downsized, can you discuss how steps of the analytical process have also been affected by the miniaturization trend?

A: Once you have an instrument that is just a few cubic inches or pounds, other elements in the analytical chain can become a little embarrassing. Sampling, sample preparation, and cleanup come to mind, and we’ve had to work on modernizing or addressing some of these in the course of our developments. Likewise, the system’s operating software can’t show a bunch of squiggly lines and numbers to an operator [who] isn’t equipped to deal with that information reliably, so most of the systems I’ve been involved with have relied on a lot of very sophisticated multivariate adaptive control systems, statistically rigorous computational analysis and chemometrics, and decision theory to deliver direct answers to users.

Q: Can you comment on the challenges of reducing the overall footprint of complex analytical tools and how these challenges are solved?

A: The first challenge is to define what key job a system is trying to do and, as importantly, what it is not trying to do. Some users will inevitably be annoyed by the limitations imposed, but if you’re not really annoying someone, you’re likely not delighting anyone either. With a very clear picture of that identity, a team of focused and talented scientists and engineers can do the rest.

Q: What trends or evolution can we expect to see in upcoming years with mini instruments?

A: I expect to see continued progress in miniaturization in MS and hyphenated techniques like GC-MS and CE-MS, and additional developments to reduce user involvement in sample preparation.

Dr. Christopher Brown is a co-founder, VP, and CTO of 908 Devices Inc. (Boston, MA). Prior to founding 908 Devices, Chris was a platform architect at Apple in California, leading investigations into future-gen hardware/software technologies. Before joining Apple, he headed product development and engineering at Ahura Scientific, which created the world’s first commercial handheld Raman and FTIR systems, and later at Thermo Fisher Scientific, which acquired Ahura Scientific in 2010. Prior to Ahura, Chris held several senior leadership roles at InLight Solutions, developing multiple clinical, in-vivo, and noninvasive biodiagnostic products across a range of imaging and spectroscopic modalities. He has published some 150 papers and presentations and has more than 50 granted or pending patents. Chris received his BSc from Brandon University (Manitoba, Canada) and a PhD in chemistry from Dalhousie University (Nova Scotia, Canada).