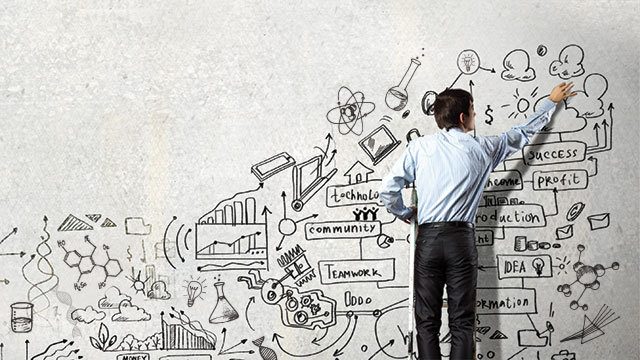 Intrapreneurial employees imagining and creating cutting-edge, next-generation tools, products, and services in industry and research laboratories are potent forces for technological and business advancement. Way back in the 1940s, an intrapreneurial venture at Lockheed resulted in the creation of a prototype for a jet fighter in a mere six months, and Steve Jobs’ Macintosh success may have stemmed in large measure from intrapreneurial initiatives at Apple. While these endeavors are often secreted away in specialized incubators and at off-site facilities to stave off distraction, interference, and potential sabotage, they are considerably more prevalent and visible today—aided by the coalescence of exponentially increasing volumes of data and computing power fueling the digital world and a dominant millennial workforce that seems to have a steadfast preference for working independently. So considerable effort is expended now to encourage pursuits outside the confines of one’s job description, to organize centers of excellence, and to build physical spaces such as multipurpose incubators to incorporate intrapreneurship and internal innovation in the lifeblood of organizations as ways of driving and maintaining vitality.

Nowhere is this more evident than in startup science and technology enterprises and their supporting laboratories—especially when they are led by millennials. “Startups are by their very nature constantly tilling new soil, creating fertile ground for internal innovation. Resources are often limited, so they must create opportunity. The most successful startups are able to walk the fine line between being both focused and flexible,” says Dr. Elizabeth O'Day, CEO and founder of Olaris Therapeutics, Inc.

Olaris is focused on the development of technologies to deliver the right drug to the right patient by creating patient classification tools that fundamentally shift the status quo of the way diseases are treated. “We measure biomarker data from current patients suffering with cancer, cardiovascular disease, diabetes, chronic pain, and more. Using our machine learning algorithms, we identify biomarker patterns that tell a story and could be used to optimize treatment decisions for future patients,” says O’Day.

“Patient participation is crucial for our ability to develop the most precise tools, but participation is a very personal decision. Some individuals are eager to donate their data, while others are hesitant, worried about the unknown and their privacy. We take these concerns very seriously, and we strive to provide a space where patients who work with us feel empowered and fully understand the role they are playing to improve health treatments,” she says.

“To ease concerns, we started working with our clinical partners to help them answer patients’ questions. We quickly realized that we wanted to be involved in that dialogue. Putting the patient first and listening, truly listening, to what patients value is a fundamental principle at Olaris. With this in mind, we will continue to innovate the ways in which we communicate with patients to further our mission of putting patients first,” says O’Day.

“Some of the key questions are how organizations can innovate internally, how to do strategy and stay on top of what’s happening outside in the community, and how to refresh ourselves as every organization has to do every few years to be relevant,” says Dr. George Crabtree, director, Joint Center for Energy Storage Research (JCESR) at Argonne National Laboratory.

JCESR, an energy innovation hub, was launched five years ago with 20 participating research organizations with about 150 researchers across them who have the task of inventing the next-generation battery beyond lithium ion. Crabtree says, “Strong needs exist in transportation, certainly, but the greater need is probably in the electricity grid, and there are many other needs. It is very unlikely that one type of battery will be enough to meet all those needs well or even cheaply enough versus a gas turbine or some other fossil-fuel alternative. We started with the premise that there will be two prototypes, one for the grid and one for transportation.”

He says that in the quest to develop technologies, “You have to learn to drop things—this is very important. We started out thinking that lithium oxygen would be ideal to pursue because it was thought to be the highest-energy-density battery, and a group of people within the small ‘beyond lithium-ion’ community was developing it. So we also started working on it but realized from our techno-economic models that the whole lithium-ion, lithium-air, lithium-oxygen battery system had the greatest number of challenges, and that within our five-year time frame, we would not be able to overcome those challenges—so we dropped it, which was the most significant change we made. Some of our very talented people with expertise in lithium-oxygen were able to transition away, which was very important. And we were able to shift all the resources that we had on lithiumair to other batteries.”

Following those changes and after five years, JCESR developed four prototypes—two for the grid and two for transportation. “None of them are perfect, and in none of them have we achieved all our goals, but we have made several advances, and in one case we have already transferred the prototype to a startup in the commercial sector whose plan is to develop it as a battery. This is pretty much what we intended to do from the beginning, and that prototype was proven successful. We were able to achieve our cost goals within 20 percent, and the startup is now in the process of licensing the prototype from JCESR to continue working on that battery,” he says.

Crabtree says there are now three startups in the program. One is working on the battery, while the other two are working on battery components using JCESR intellectual property. In all cases, the startups arose naturally from teams working in JCESR; “They themselves saw the promise; it was postdocs and students as well as senior researchers leading them,” he says.

To be sure, there are a number of hurdles in the internal innovation process. Crabtree says, “It is a challenge when dealing with diverse groups to agree on a single strategy and to maintain a direction for, say, five years that continues to make sense and bear fruit.

“How to go about this? Initially, we said in our proposal that we would communicate frequently by conference calls and videoconferences and in other ways. Very early, however, we realized that face-toface communication was so much more effective than the other ways. So we resolved right then to meet face to face—it turned out [to be] quarterly.”

“The biggest challenge is communicating to the outside world what JCESR is doing. The charters of the organizations require that they share everything that they learn with the community, so everything is published in peer-reviewed journals and open to everyone.

“The challenge is to communicate the promise of what we have done and find the right people in the community who want that information to take the next steps in development. That is our goal. We want to lower the bar for the people in the big battery commercial sector when it comes to developing the batteries we are working on. We provide the information and guidance to transfer the technology,” says Crabtree.

As to advice on avoiding pitfalls for laboratory managers engaged in internal innovation, Crabtree says, “I think it is a mistake to be too internally focused. Of course, you have to be strongly internally focused to achieve your technology and technical goals, but you can have a high level of development internally and never have any impact in the wider world. I think you have to be aware of what is going on in the wider world, know the players, and know what has already been established and how to exchange information with other players in the field.

“The second step is to put together a pathway that is timely and makes sense right now. Opportunities are made by taking more than one discovery from the community and putting them together. Smartphones are a good example—give Steve Jobs the credit, but it did not come out of one big discovery,” he says.

Chuck Booten and Jon Winkler, senior engineers at National Renewable Energy Laboratory, Golden, Colorado, have developed EcoSnap, an innovative air-conditioning system based on tight mechanical and functional integration between the indoor and outdoor units that allows the removal of air conditioners from window openings, frees up space, saves energy, and cuts costs.

“The breakthrough is in the coupling of the indoor and outdoor units. It’s a common vapor-compression system, but how we connect the indoor and outdoor units into a functional unit has not been done before,” says Booten. Its quicker, simpler, nonprofessional installation will also provide cost benefits. “Putting together an airconditioning system requires specialized equipment and a trained electrician. EcoSnap air conditioners will bypass all of that and will ultimately become a do-it-yourself project—it takes about the same time to install them as [it does] window units and at about the same cost.”

EcoSnap is at the prototype stage now, and no unit has been installed or is being manufactured yet. The fully functional prototype was built with off-the-shelf components. “We used those and put in our intellectual property, our joining system. It can be installed in a wall in three to five minutes and uses existing 120-volt electrical receptacles in a wall,” says Booten. It is intended for smaller rooms not connected by ductwork, and in its current configuration, its cooling capacity is similar to that of window units. The team noted that window and portable AC units are not cost-efficient, and “there’s growing evidence that people want to get rid of their window units and are willing to spend money to do it.”