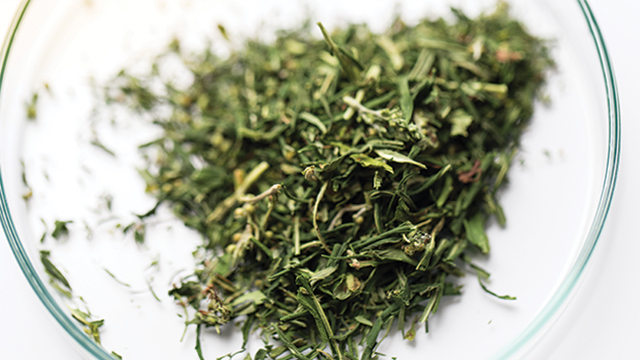 Testing cannabis for contaminants could be the easiest thing in the world if it weren’t for the many difficulties—some technical, some legal. Like all herbals, marijuana is a product of its environment, which may contain any number of nasty chemicals, metals, molds, and bacteria. Depending on the intended use, pot’s main psychoactive component, tetrahydrocannabinol (THC), may itself be considered undesirable or even a contaminant. Products formulated for sedation or recreation tend to be high in THC and low in cannabidiol (CBD), whereas immunomodulatory or anti-inflammatory preparations stress CBD content.

Cannabis testing labs can rely on established methods for most impurities. The challenge, says Holly Johnson, PhD, chief scientist at the American Herbal Products Association (AHPA; Silver Spring, MD), will be to accurately test unique finished products, like edibles. “Producers and testers face method validation or verification challenges to ensure accurate measurements in new product matrices, to prove that their gummy bear or fudge contains what the label claims.” Johnson recalls one producer whose preferred medium was chocolate— relatively simple as analytical matrices go—sending her product to five different testing labs and getting back five widely disparate results.

A further complication: both THC and CBD exist in the plant as inactive carboxylates, THCA and CBDA, respectively. Heating above 105 degrees Celsius liberates carbon dioxide to generate the active forms of THC and CBD, but ingestion of raw cannabis does not. For oral dosage forms, THCA and CBDA can predominate, so their quantities must be measured individually. 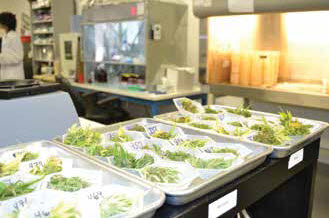 Sampling in ways that minimize the complexity and heterogeneity of cannabis plants will be critical to establishing analytical standards.As noted by cannabis analysis consultant Susan Audino, PhD, the marijuana plant is a difficult matrix on its own, with significant heterogeneity of chemical constituents within the plant. Formulating cannabis into food products complicates analysis even more.

Although 30 US states provide for medical marijuana use, and even though recreational use has been decriminalized in many jurisdictions, possession and transportation of cannabis across state lines remains a federal crime. Pot’s illegality—the “third dimension” in establishing good analytical practices for the growing marijuana product market—introduces danger and intrigue into what would normally be the free exchange of samples, standards, and know-how and the eventual advancement of cannabis analytics.

Most jurisdictions in the US, Canada, and Mexico have settled on testing for an array of potential contaminants, including pesticides, mycotoxins, microbiologic pathogens, gross contaminants, and heavy metals. Testing requirements vary significantly, however, from state to state.

In addition to CBD and THC, dozens of other cannabinoids have been uncovered, some with medicinal properties. Most exist in the acidic carboxylated form as well. “Some jurisdictions require testing for secondary cannabinoids, some don’t,” says Don Land, PhD, chief scientific consultant at Steep Hill Labs (Berkeley, CA), a leading cannabis-testing laboratory. Some of these chemicals are medicinally relevant and some aren’t, so their future status as “ingredients” or “contaminants” remains unclear.

Other components such as terpenoids and flavonoids, which contribute fragrance and flavor to smoked and edible pot products, might at some point be designated as quality attributes or contaminants, in much the same way as related compounds are now recognized as such in foods.

Since many concentrated cannabis products involve extraction, residual solvents are one type of contaminant for which numerous testing protocols already exist. Supercritical carbon dioxide is often used because it evaporates quickly and completely and is medically innocuous. Butane, another common solvent, also evaporates at standard temperature and pressure. Most jurisdictions impose parts-per-thousand concentration limits on common solvents like hexane, acetone, and ethanol, and parts-per-million or parts-per-billion limits on riskier solvents. “Generic lists of volatile organic compounds include 60 or more compounds, but one would hope that a good many of these would never be used to extract products for human consumption,” Land says.

Contaminant concentrations are measured absolutely, based on the weight of plant matter and adjusted for water weight, which is about 10 percent for cured cannabis. A separate microbiological test also quantifies water activity, which is the partial water pressure of the sample divided by the partial pressure of pure water at the same temperature and pressure.

Over the past several years, food scientists have adopted QuEChERS, the acronym for a pesticide extraction method that is “quick, easy, cheap, effective, rugged, and safe.” As a front end for analysis by liquid chromatography– tandem mass spectrometry (LC-MS-MS), QuEChERS has been applied to pesticide analysis for cannabis. Reporting in LCGC, authors from Restek, Shimadzu, Emerald Scientific, VUV Analytics, and Trace Analytics found that QuEChERS performed well for multiresidue pesticide analysis, as shown by acceptable recoveries and relative standard deviations for nearly the entire panel (150+) of pesticides. “Detectability for most compounds was sufficient, and quantitation using matrix-matched calibration was important because of the complexity of the cannabis matrices and the high cannabinoid content that remained in the final extract,” the authors write.

Don Land explains that while off-the-shelf methods have been developed by agricultural and food scientists for VOCs, pesticides, and heavy metals, testing for pesticides introduces complications. “When we test for pesticides, we’re investigating a lot of different compounds at once, each with different polarities and functionalities. QuEChERS tends to deplete samples of certain compounds that may be of interest. Cannabinoids and terpenoids may not be separable from pesticides, making low detection limits more difficult to achieve for cannabis than, say, spinach, from which pesticides may be more cleanly separated for analysis. Bottom line is it may be difficult to analyze for pesticides in a way that does not also negatively affect other analyses.”

Land’s work, which estimated that more than 90 percent of pot was contaminated with pesticides, was recently cited to illustrate that even approved pot sold legally might not be safe.

A number of organizations are working to develop regulations or recommendations for cannabis testing, an effort in which Steep Hill participates. But as of this writing, no definitive authority exists. “Every state, and in some cases municipality, has its own guidelines,” Land says. Organizations that one would normally turn to— USP and FDA for pharmaceuticals and EPA for environmental toxins, for example—are not much help when the product is cannabis. “If you look closely, it seems that many states have ignored what other jurisdictions have done, so they make the same mistakes over and over. Fixing this patchwork of regulations will take a serious meeting of the minds.”

The prohibition on interstate commerce in cannabis has led Steep Hill to an unusual business model. Instead of establishing a few core facilities in strategic locations, the company sets up autonomous laboratories in every jurisdiction in which cannabis products enjoy legal status. This model may seem like duplication to the extreme, but it is currently the only way to exploit the unusual status of cannabis in the US.

One positive outcome of this approach is that as states confer broader legal status on cannabis products, Steep Hill will be in the position to advise them on what has worked elsewhere and what has failed. And if, as some hope, the federal government eventually creates a friendlier business climate for marijuana products, Land expects his company will participate in formulating guidance and establishing methods for both active ingredient and impurity analysis.

Eventually, producers in need of one-off analyses may be able to turn to analytical service organizations specializing in environmental or food science. However, due to the complexity of the cannabis matrix, its anticipated medical indications, and its numerous dosage forms, Land believes that cannabis specialty labs will be the norm. 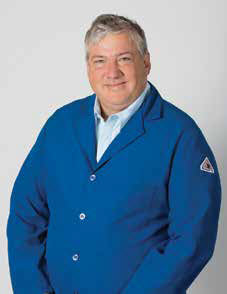 Don Land of Steep Hill believes cannabis testing eventually will be commoditized.“These laboratories will not be the huge moneymakers under this scenario. Cannabis testing is not a huge, high-value activity like production. As with other testing markets, customers all want to minimize the negative economic impact of testing. Impurity testing will become commoditized.”

The difference under unconditional legalization would be more readily established FDA, USDA, and EPA rules applying to various stages of production and more easily transferred analytical methods. “Once it’s legal, many barriers will fall,” Land says, “but the devil will be in the details in terms of making a marijuana testing service economically viable.”

Holly Johnson of AHPA, which started looking into cannabis in 2010, advises labs interested in the testing market to do things by the book. “Cannabis production facilities should comply with current GMP standards, and testing labs should obtain ISO 17025 accreditation,” she says. GMP refers to “good manufacturing practices” followed by pharmaceutical manufacturers to assure product and laboratory quality. Promulgated in 2005, ISO 17025, which is a requirement for operating a cannabis facility in California, “specifies the general requirements for the competence to carry out tests and/ or calibrations, including sampling. It covers testing and calibration performed using standard methods, nonstandard methods, and laboratory-developed methods.”

Johnson believes that ISO 17025 should be the starting point for demonstrating a testing lab’s capabilities, despite the fact that “some states require ISO 17025 accreditation and some do not. State regulations differ on the required analytes, which complicates the establishment of standard analytical methods.”

APHA’s own recommendations are based on GMPs applied specifically to cannabis. Massachusetts, Oregon, Nevada, and Illinois have considered AHPA’s recommendations when formulating their medical marijuana program regulations, as has Americans for Safe Access, a cannabis patient advocacy group.

Johnson also serves on the United States Pharmacopeia (USP) Medical Cannabis Expert Panel, which is nearly finished with a monograph on cannabis flowers and is working on a second monograph on extracts. ASTM, another significant standard-setting organization with hitherto scant involvement with botanicals, has established a committee for cannabis and has recruited experts in manufacturing and laboratory operations.

With pot poised for unrestricted legalization in Canada by year’s end, and given Canada’s pre-eminence on issues of patient and consumer safety, one would expect that US jurisdictions could benefit from the experience of their neighbor to the north. “Sure we can learn from Canada, but they are still sorting things out,” Johnson says.

Issues still unresolved include marketing of edible products to which children may easily gain access, which Johnson believes could boost prospects for more traditional labs to get involved in cannabis testing, particularly for pesticide and heavy-metal testing that they already do quite well for other industries. Success will depend on arriving at standards, however.

“Reaching a nationally recognized, standard analytical method for pesticide screening that satisfies every state’s requirements will be challenging,” Johnson says. “California requires testing for around 70 specific pesticide residues, but other states often require a more- or lessextensive list. And, depending on the pesticide panel, a lab may need to carry out several extractions and perhaps use more than one method platform to measure all the required compounds.”

Users might build up tolerance to sleep-inducing effects, suggest researchers

Few of the news stories analyzed in a recent study included information about non-pharmaceutical treatments for chronic pain,... 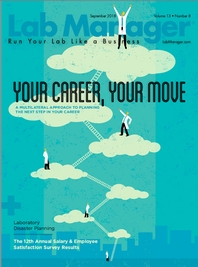