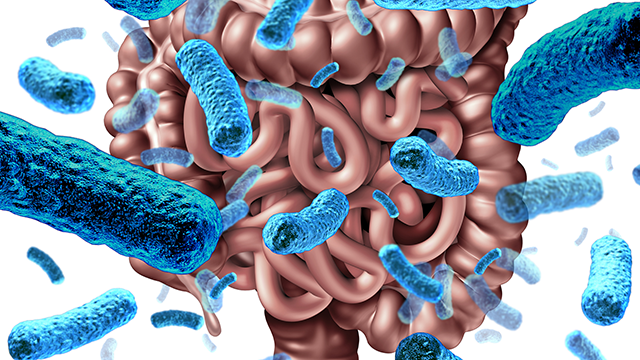 In 1907, a Russian zoologist, Elie Metchnikoff noticed that Bulgarian peasants lived unusually long lives even while living in squalor. He connected this longevity to the Bulgarians’ consumption of fermented dairy products like yogurt. He tested his hypothesis that lactic acid prolongs life by drinking sour milk every day until his death at 71—a respectable age in 1916. Metchnikoff had grasped the concept of microbial therapeutics, which would gain serious traction at the turn of the 21st century with an explosion of microbiome research. Yet researchers have only recently begun to analyze the development of the microbiome in infants. Their findings could alter how we treat and prevent diseases.

In October 2018—over a century after Metchnikoff’s observation—two infant microbiome studies were published in Nature. The studies explored the development of the gut microbiome of infants and its effect on early-onset type 1 diabetes (T1D) in a large, multi-center population. While the gut microbiome has been correlated with T1D, prior to the two new studies, researchers had yet to identify microbial compositional or functional triggers of the disease. Stewart et al. and Vatanen et al. conducted research as part of The Environmental Determinants of Diabetes in the Young (TEDDY) study, which enrolled thousands of newborns with a genetic predisposition for T1D in six clinical research centers throughout the U.S. and Europe. They successfully outlined three phases of the early microbiome (developmental, transitional, and stable) and established breastfeeding as the most significant factor associated with microbiome structure. Their studies represent a transition point for understanding how diet impacts the infant microbiome, and for the design of clinical trials relating to early microbiome development.

The TEDDY studies highlighted new considerations for clinical trials involving dietary factors. Vatanen et al. showed how the infant microbiome transitions to an adult-like microbiome by adapting to fermentative energy sources with the production of different metabolic enzymes. The microbial enzyme L-lactate dehydrogenase, which has a role in milk fermentation in Bifidobacteria, declined with the cessation of breastfeeding. Transketolase, which is implicated in the metabolism of fiber, consistently increased with the incorporation of solid food. New laboratory experiments and clinical trials analyzing other dietary factors related to different diseases could reveal biochemically specific signals mediated by the microbiome.

One such trial is underway at Helsinki University. Researchers are analyzing the effect of nutrition on the infant gut microbiome. Specifically, they will examine the ability of extensively hydrolyzed casein formula to protect children at risk for T1D from beta-cell autoimmunity, and attempt to identify potential mechanisms by analyzing the gut microbiome of the infant for one year. A separate recruiting clinical trial is exploring the chain effects of mothers’ diets on their infants’ microbiomes. Researchers at the University of Colorado are studying microbiome composition and weight differences in infants from mothers on lower fat or higher fat diets.

These phases could be key to the temporal design of future studies. For example, the University of Minnesota is recruiting for a clinical trial to determine whether the metabolic state of the mother affects breastmilk, which could in turn affect the infant microbiome. Their study is currently projected to cover the first six months of life. But based on the TEDDY trial, they could benefit by analyzing their data from months three to six in the context of the early developmental phase. Other clinical trials could extend their studies for the first 31 months of life in order to reach the stable phase and account for the variability between phases. Ultimately, a temporal context for clinical trials allows for more organized and detailed trial design.

Stewart et al. indicated that the function of bacteria is a more important determinant of disease progression than the species of bacteria. However, Vatanen et al.’s study notes that functional and biochemical characterization of gene families in microorganisms in the infant microbiome are lacking. Genomic studies specific to the early microbiome could help characterize essential functions in its development.

Additionally, the TEDDY studies did not look at different endotypes of disease, such as differences in autoantibodies or ethnic background of the infants; future studies could compare the microbiomes in these contexts. Other aspects identified by Vatanen et al. that could affect the microbiome include geographic location, the presence of pets or siblings, and even living on a farm.

Probiotics company Evolve BioSystems is currently trying to restore the infant gut microbiome with doses of Bifidobacterium longum subsp. infantis supplementation in breastfed infants. B. infantis degrades human milk oligosaccharide (HMO) and is one of the main factors that determines community composition of the early microbiome. In addition to B. infantis, Vatanen et al. identified 41 new candidate species that could also contribute to HMO processing specifically related to breastfeeding. A community study of these species would be beneficial in determining microbial interactions for future probiotic designs. Other components of microbiomes, such as fungi, viruses, small molecules, or microbial transcription could also play a significant role in early microbiome development.

Endeavors like the TEDDY studies bring researchers closer to designing focused and efficient clinical trials. We have come a long way from sour milk, but future research will provide us with a greater understanding of the infant microbiome, which is essential for developing the safest and most effective microbial therapies.

Grace Satterfield has an MSc in Genome Science and Technology. She conducted plant-microbe research at Oak Ridge National Lab and currently works as a science and medical writer.