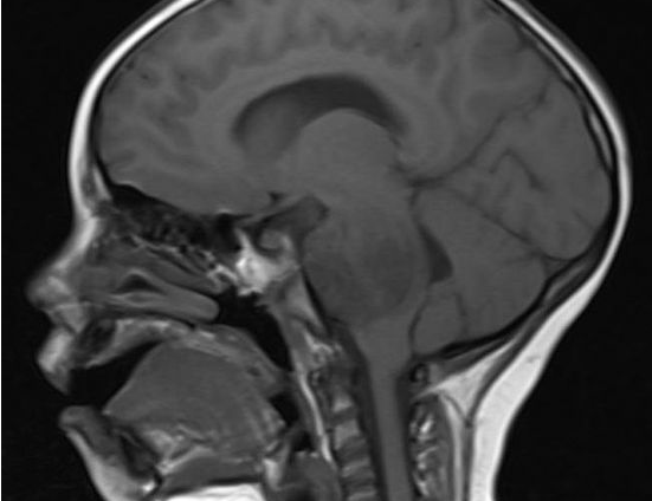 Brain tumors have become the leading cause of mortality in pediatric cancer patients. Although prospects are relatively better for pediatric patients with low-grade gliomas (pLGG) and progress has been made toward medulloblastomas, conventional therapies remain essentially ineffective against pediatric high-grade gliomas (pHGG). Pediatric brain cancer patients, especially with pHGGs, face grim prospects with poor median survivals and/or possible long-term complications. Consequently, there is an urgent need to develop improved therapeutic avenues.

Molecular profiling of pediatric tumors is revealing their distinct genetic makeup. Previously, the old CNS WHO classification of brain tumors, which relied heavily on histological analysis, did not differentiate between pediatric and adult brain tumors. The more recent 2016 CNS WHO scheme is taking steps toward delineating tumors based on their molecular stratification, in addition to histology, paving the path toward a greater appreciation of the pediatric brain tumor’s distinctive molecular makeup.

This distinction in the genetic features of pediatric tumors is also bringing new therapeutic directions. Previously, they received treatments that had been mostly geared toward adult patients. However, the dawn of the molecular era in tumor biology is bringing precision medicine to pediatric brain cancer patients. This approach tailors therapies that are targeted to the distinctive genetic alterations present in the tumor. Although still in the early stages of development, this innovative approach could hold great promise.

There are presently no FDA-approved indications for targeted therapy in pediatric brain tumors. However, a flurry of clinical trials have been established to begin testing precision therapies in pediatric brain cancer patients to assess if the approach may yield better survival prospects. These include trials for patients with medulloblastomas, e.g., targeting SMO (Smoothened) with vismodegib, or those diagnosed with diffuse intrinsic pontine gliomas (DIPG), e.g., with tyrosine kinase inhibitors (TKIs) or histone deacetylase inhibitors (HDIs).

DIPG in particular is recalcitrant to current therapies. Although it constitutes only 10-15 percent of pediatric brain tumors, it is the most lethal and chief cause of death in pediatric brain cancer. Moreover, about 80 percent possess a mutation to histone 3 (H3), most frequently with K27 to M (H3K27M), causing epigenetic deregulation in the tumor. Due to the prevalence of this mutation, targeting H3K27M would stand to benefit a large proportion of DIPG patients. Clinical trials testing HDIs (e.g., with panobinostat and vorinostat) and an immunotherapy vaccine to target H3K27M-mutant cancer cells have been established.

Due to the rarity of some of these cancers, earlier clinical trials with conventional chemotherapy took time to recruit enough patients. Therefore, it is also important to undertake new trials with targeted therapies soon in order to enroll an adequate number of patients in upcoming years. The design of clinical trials will require enrolling patients based on genetic biomarkers, which may require grouping patients that have been historically stratified based on histological and clinical presentation.

Honing in on a target: methods of detecting targetable genetic alterations

Before one can hit a target, one must first identify it. Assays have been developed to test for the presence of the more frequently occurring and known genetic alterations, i.e., mutations or chromosomal rearrangements, in tumor biopsy tissue. These molecular tests include immunohistochemistry (IHC), in situ hybridization (ISH), sequencing and pyrosequencing of a specific locus, reverse transcription polymerase (RT-PCR), methylation-specific PCR (MSP-PCR), and comparative genomic hybridization (CGH). All of these methods are targeted, i.e., they search for a specific genetic alteration, and a negative result does not imply the absence of genetic alterations. A comprehensive, untargeted analysis of genetic alterations may be performed by whole exome sequencing (WES), whole genome sequencing (WGS), or RNA sequencing (RNA-seq) of tumor biopsy tissue.

Unfortunately, the availability of tumor biopsy tissue is a prerequisite for both targeted and untargeted methods. While it is a fairly safe procedure, certain tumors can pose complications based on their location. For instance, brainstem DIPG biopsies have been historically considered risky, although reexamination has determined that they can be safe. Nevertheless, brain tumor biopsy involves a lengthy patient recovery, and since precision treatment can induce changes in the tumor’s genetic makeup, it could necessitate longitudinal analysis over the course of treatment and repeated strenuous biopsies. Furthermore, tumors are highly heterogeneous, so a biopsy, which is necessarily limited in size, may not be representative of the entire tumor, and miss out on crucial genetic features and possible vulnerabilities of the tumor.

Consequently, there has been a trend toward so-called ‘liquid biopsies’ on patients’ cerebrospinal fluid (CSF) or plasma, whose sample collection is far less invasive and costly than brain biopsy. A liquid biopsy detects circulating tumor DNA (ctDNA), which is DNA that has been shed by brain cancer cells into the CSF and that bears the genetic signature of the tumor. The extent of ctDNA dissemination depends on the brain tumor's location and is also greater in CSF than in plasma for primary brain cancer patients.

The detection of genetic alterations in ctDNA in CSF can be performed in a targeted or untargeted manner. Targeted approaches include PCR amplification combined with sequencing, digital droplet PCR (ddPCR), which is an ultrasensitive PCR that can detect down to a few copy number of mutant DNA, and BEAMing (beads, emulsion, amplification, magnetics). Next-generation sequencing (NSG) platforms can be employed for untargeted analysis of ctDNA in CSF. Although still in the nascent stages of development, these technologies have been used to detect ctDNA mutations in CSF from pediatric patients. These efforts include detection of mutant H3K27M in DIPG (diffuse midline glioma) patients by ddPCR, detection of H3K27M by PCR/sequencing, and a variety of mutations identified by NSG in genes, including PIK3R1, HIST1H3C, PTEN, and KDM6A. A possibility exists to adopt the technology to monitor patients’ response to treatment.

Although advances have been rapid, research is still needed to complete the molecular stratification of certain pediatric brain tumors and to determine which mutations could be susceptible to targeted therapy through clinical trials. Streamlining molecular diagnostic methods will aid in identifying genetic alterations in patients’ brain tumors to inform treatment and to monitor the response to therapy.