You’ve felt sick ever since you started working in a different office building. Headaches, sore throats, stuffy noses, and eczema outbreaks are just a few of the symptoms you and your coworkers experience, but building management can’t find the source of the problem. Eventually, after several months, a leak in the bathroom leads to the discovery of black mold and the problem is dealt with. But what if the issue could have been detected long before employees became sick?

While currently science fiction, that scenario could eventually become a reality thanks to research being done at the Center for Agricultural Synthetic Biology (CASB) in the University of Tennessee’s Institute of Agriculture.

Claiming to be the world’s first center dedicated to using synthetic biology for improving agriculture, the CASB’s current work is focused on phytosensors—plants that are used as biosensors for a variety of applications. In addition to warning homeowners of contaminants in their living space, these sensors could also warn farmers of a pathogen in a specific area of their fields or detect MRSA or influenza in a hospital setting, giving people time to mitigate or solve these issues before they become major problems. 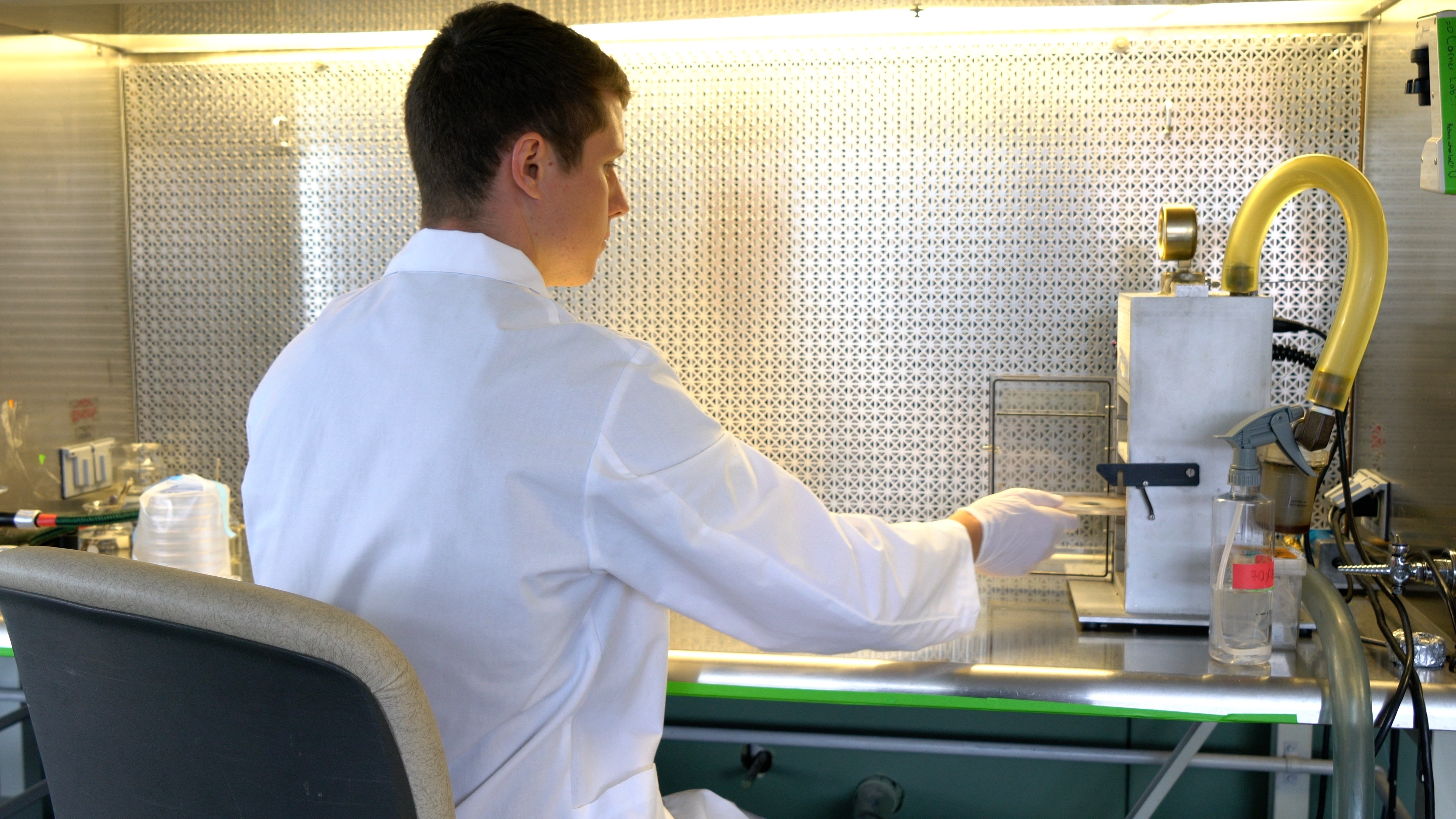 With black mold, one of the center’s collaborators is working on living paint sensors where biologicals embedded in paint can provide an early warning for building occupants. “That’s the sci-fi spin of what the majority of our projects are now and then we have some other more specific projects focused on using synthetic biology to engineer or to write plant genomes,” says Dr. Scott Lenaghan, who codirects the center with Dr. Neal Stewart.

He adds that phytosensors have several advantages over today’s mechanical options. First, they have “unparalleled sensitivity and specificity to many chemicals and biological threats,” such as pathogens and pests. And though with broad agents, such as smoke, phytosensors may not be able to match the detection level a smoke detector can provide, they have the potential to remove the compound from the environment by filtering or chemical conversion, Lenaghan explains. “The strength of biosensors is really the number of specific compounds that they can detect, and then the potential to actively provide a solution,” he says.

In an agricultural setting, the plants could either be the crops themselves or be grown alongside them, depending on whether the crop is destined to be food or fiber. While the signs of pathogens in crops can eventually be clearly seen by farmers, by that point it’s usually too late to prevent major losses. “The goal of a phytosensor is to provide an early warning system by using the high sensitivity of the biosensor to provide early data on infection,” Lenaghan says. 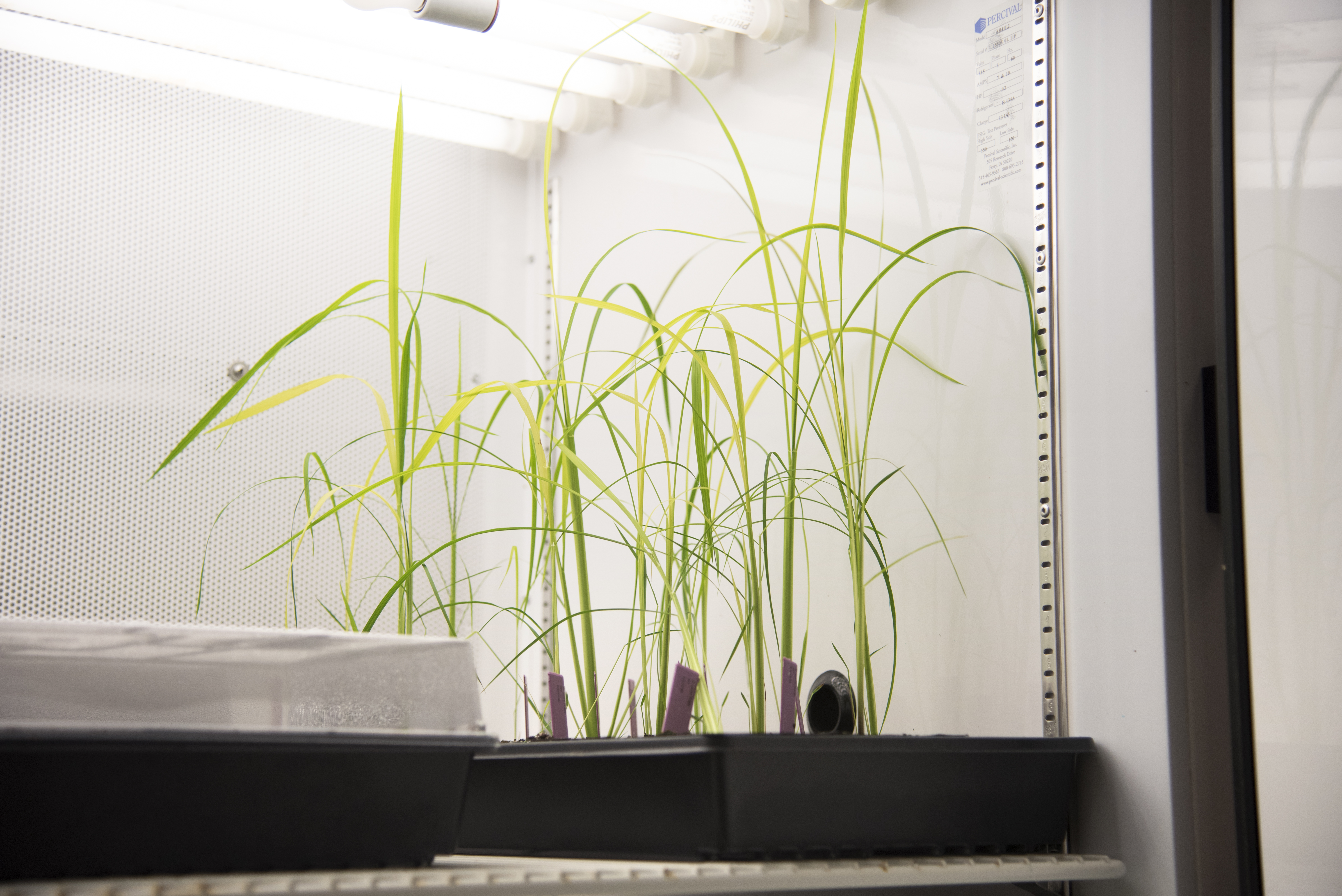 It’s that focus on agriculture that makes the CASB unique from others in the synthetic biology field, which mainly focus on microbial systems and human medicine. While CASB research deals mostly with plants at the moment, the goal is to branch out into other agriculture-related fields such as veterinary medicine and animal science. Apart from biosensors, research at the center aims to use synthetic biology to make agriculture more productive in order to feed the world’s growing population.

Educating the public on how synthetic biology is used in agriculture is another important part of the Knoxville-based center’s mission. “That’s one thing we’re interested about just in general for synthetic biology, especially as it relates to the ag space, is really trying to get messages out there and effectively communicate with people and get the public understanding that this is not Frankenstein’s monster,” Lenaghan says. “Multiple levels of oversight ensure that research is conducted responsibly, with the final outcome very similar to the kind of [plant] breeding that’s gone on since humans were on the planet.”

Another aspect that sets the CASB apart is the technology used in the 2,500-square-foot space. This includes a high-throughput robotic system they’ve developed for isolating single plant cells that transforms those cells, does rapid screens on the center’s cell-based system, and applies the data back to whole plants. They also have a laser-based remote detection system that allows users to image fluorescent proteins in plants at greater than three meters. 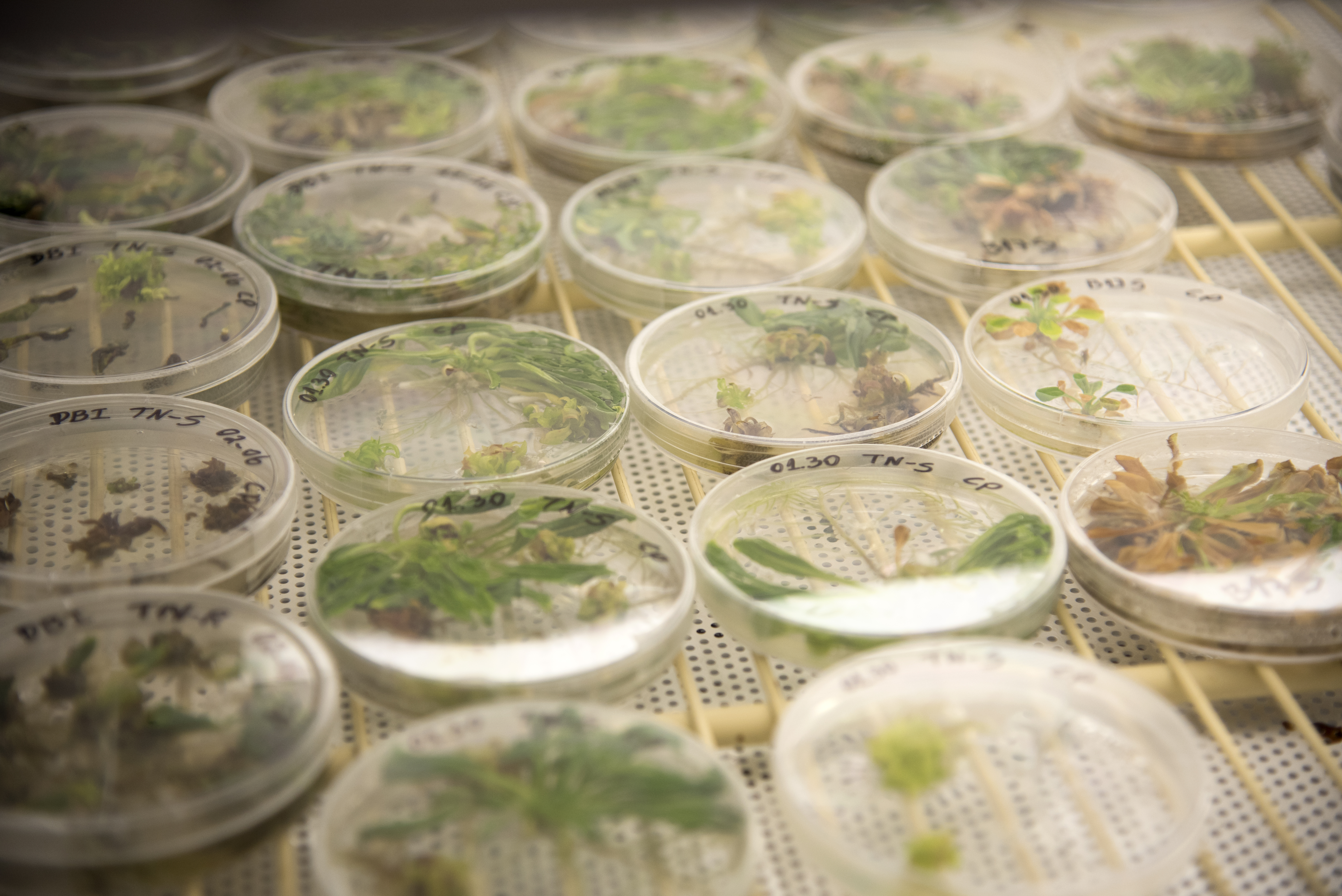 “If you were using drone-based approaches, you would be able to fly a drone in the field and it would be able to tell you that this area of your field is infected with whatever the plant is sensing,” Lenaghan says. CASB researchers also use CRISPR, like many others in the synthetic biology space, “but we’ve got some unique efforts in chloroplast biotechnology, which is a different aspect,” he adds. “So, engineering chloroplasts rather than traditional ways of engineering plants.”

Currently, the center, which has been around since September 2018, is renovating labs and rebuilding infrastructure, a process that Lenaghan says can be frustrating. “The speed at which I need my research to move versus the speed at which physical infrastructure moves are the biggest challenges to me right now,” he says. On the other hand, for Lenaghan, it’s the multidisciplinary collaborations that make working at the center so enjoyable. The CASB staff of 40 come from a variety of backgrounds and research disciplines.

“I like hearing different people’s expertise and different people’s views, different scientists,” he says. “That would be my favorite part—is just having the discussions on the science with really diverse researchers all working toward a common goal.” 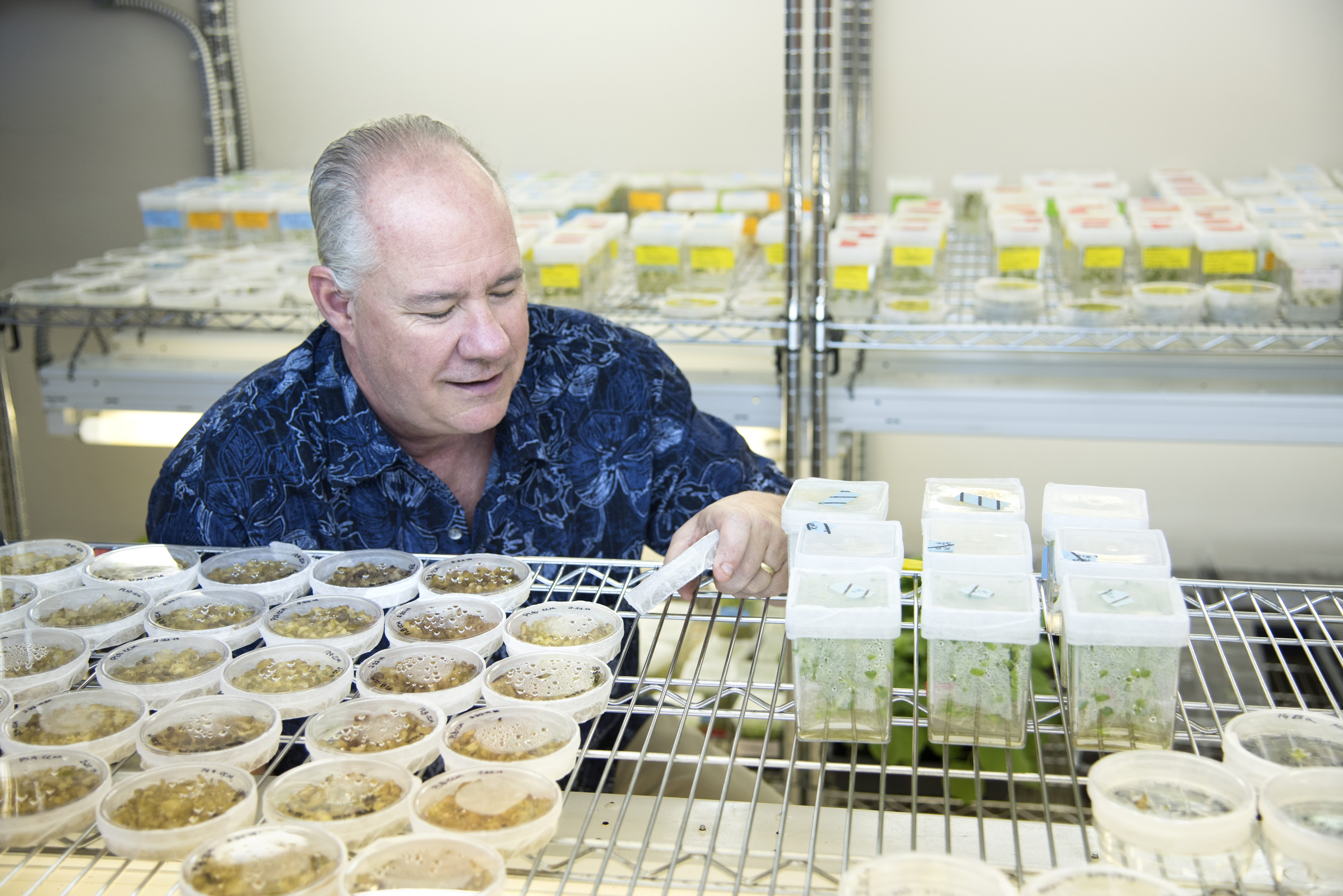 Going forward, the center aims to continue to expand upon its research into phytosensors and how they can be used in different environments. They are also looking into creating plants that don’t just sense chemicals or pathogens, but can also decontaminate the environment, acting as a kind of clean-air system.

“Using your plant as a filter to maybe remove formaldehyde from the environment, remove radon—we’re looking for different ways that the plants could be active participants in the environment,” Lenaghan says. “That [involves] collaborating also with architects and engineers to see how you can build more sustainable systems using plants either as sensors or more like machines.”