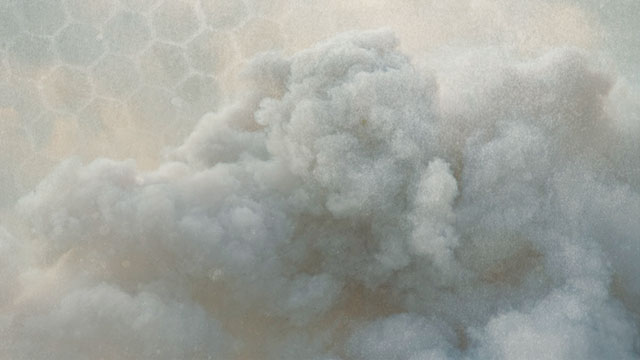 One of the most deadly and destructive wildfires in the US, known as the Camp Fire, swept through nearly 240 square miles of northern California, including the town of Paradise, over the course of 17 days in November 2018. News coverage of the natural disaster included the damage costs (which were in the billions), the death toll, and the aftermath for the residents and survivors. But what lessons can we learn from science about this wildfire and ones like it?

San José State University’s Fire Weather Research Laboratory is helping to provide some answers. The lab’s research team was at the front lines of the Camp Fire, collecting data that is now being used to simulate the event to better understand how the fire and plume evolved.

The lab’s researchers are required to earn Incident Qualification Cards (also known as Red-Cards) to be able to access the front line of all wildfires. The cards are issued to individuals who successfully complete the required training, experience, and physical fitness test provided by firefighting agencies that are members of the National Wildfire Coordinating Group. While this qualification allows the researchers full access to collect and analyze data from active fires, it also puts them in the danger zone. “We always assess safety first, keeping in mind escape routes along major roads, maintaining a safe distance to the active fire front, staying out of the way of first responders, and making sure everyone has their personal protective equipment on, including fire shelters,” says Craig Clements, principal investigator and director of the Fire Weather Research Lab. He and his team are the only Red Card-certified meteorological research group in the US, and they refresh their training every year. “My team can be requested to any incident, as we are listed as a resource in the national Resource Ordering and Status System. No other team has this capability and it provides us a means to study active wildfire events as they unfold.” This unique capability has enabled Clements’ team to gain new insight into the science of how wildfires spread, and how fires can generate their own weather. For example, as Clements explains: “Generally, the winds at the fire front are much greater than the ambient winds surrounding the area of the fire. The heat from the fire creates a low pressure area, and the air around the fire rushes in. From our research, we have found that at the fire front, the winds can be two to three times—or more—greater than the ambient. And it is this fire-induced wind that helps spread the fire front.”

The lab at San José State is known as being “the most well-equipped fire weather research lab in the US.” Some of the main tools the lab team has at their disposal include a Ka-band radar, multiple weather balloon systems, a Doppler Sodar (acoustic wind profiling system), and a 32-meter mobile meteorological tower. Additionally, the lab has a variety of portable and permanent weather stations, four of which are part of a fire danger monitoring network. The team also has a UAV to film fires and measure meteorology, as well as many micrometeorological sensors and data loggers to measure turbulence and three-dimensional wind speeds. New to the instrument fleet is a custom high-speed infrared thermal imaging camera that will be used to monitor fire behavior in the field. “This camera is tuned for the flame temperatures of wildfires, so we can see what is actually happening at the fire front,” explains Clements.

Not surprisingly, wildfires often start in mountainous, hard-to-reach areas. The team at San José State collaborated with San Francisco State University to develop the California State University-Mobile Atmospheric Profiling System (CSU-MAPS), the most advanced mobile atmospheric boundary-layer profiling system in the US. The mobile system is housed on the back of a 2012 Ford F250 4x4, which allows researchers to navigate remote terrain, and then analyze wildfires and fire weather. “The system has allowed us to make observations of plume structures and dynamics that have never been measured before,” says Clements. The system consists of two remote sensing tropospheric profilers and a microwave temperature and humidity profiler. The system’s tower, which holds the sensors and equipment, can be fully deployed in about 30 minutes by two people. The tower can measure up to seven levels of wind speed and direction.

The CSU-MAPS has been put to good use in a variety of experiments since its launch in 2011. It has been sent to Salt Lake City, UT for air pollution research, to northern California for a prescribed fire study, and to Yosemite National Park, CA during the 2013 Rim Fire for wildfire monitoring, among other deployments.

The lab opened in 2007 to serve as a research center and resource for not just the state of California, but for international collaborators to provide critical fire behavior and fire weather research. Part of this mission includes monitoring several weather stations throughout the region. “We are managing a small network of weather stations to better understand fire danger in the San Francisco Bay Area, and this includes sampling the fuel moisture of various shrubs at three of our field sites. These samples are then brought back to the lab and are dried for 24 hours at 100 C in a drying oven.” As Clements explains, the drying process removes the mass of water, so the team can calculate how much water was in the fuels. “This is very important for understanding how the fuels in various areas respond to changes in weather conditions. While time consuming and requiring a lot of labor, it is very important work that will eventually lead to more automated methods in the future,” adds Clements.

The Fire Weather Research Laboratory is internationally recognized as being a leader in the design and execution of wildland fire field experiments. The facility has a variety of active research projects and field experiments going on at any given time, funded by NIST, the NSF, and the USDA. As director, Clements is responsible for all project management. As of this writing, the lab was conducting 10 different projects.

Looking ahead, Clements hopes to take advantage of new innovations in fire weather instrumentation for research. He plans to help develop a state-wide network of Doppler lidars for fire weather monitoring. Additionally, the team is working with a start-up company that is developing small Doppler radars that could help to detect the start of a wildfire. “The future will consist of a large wildfire experiment in Spain in 2021 to investigate extreme fire spread in steep canyons. This project is in the development phase, but will be an international collaboration among many researchers and agencies,” says Clements.