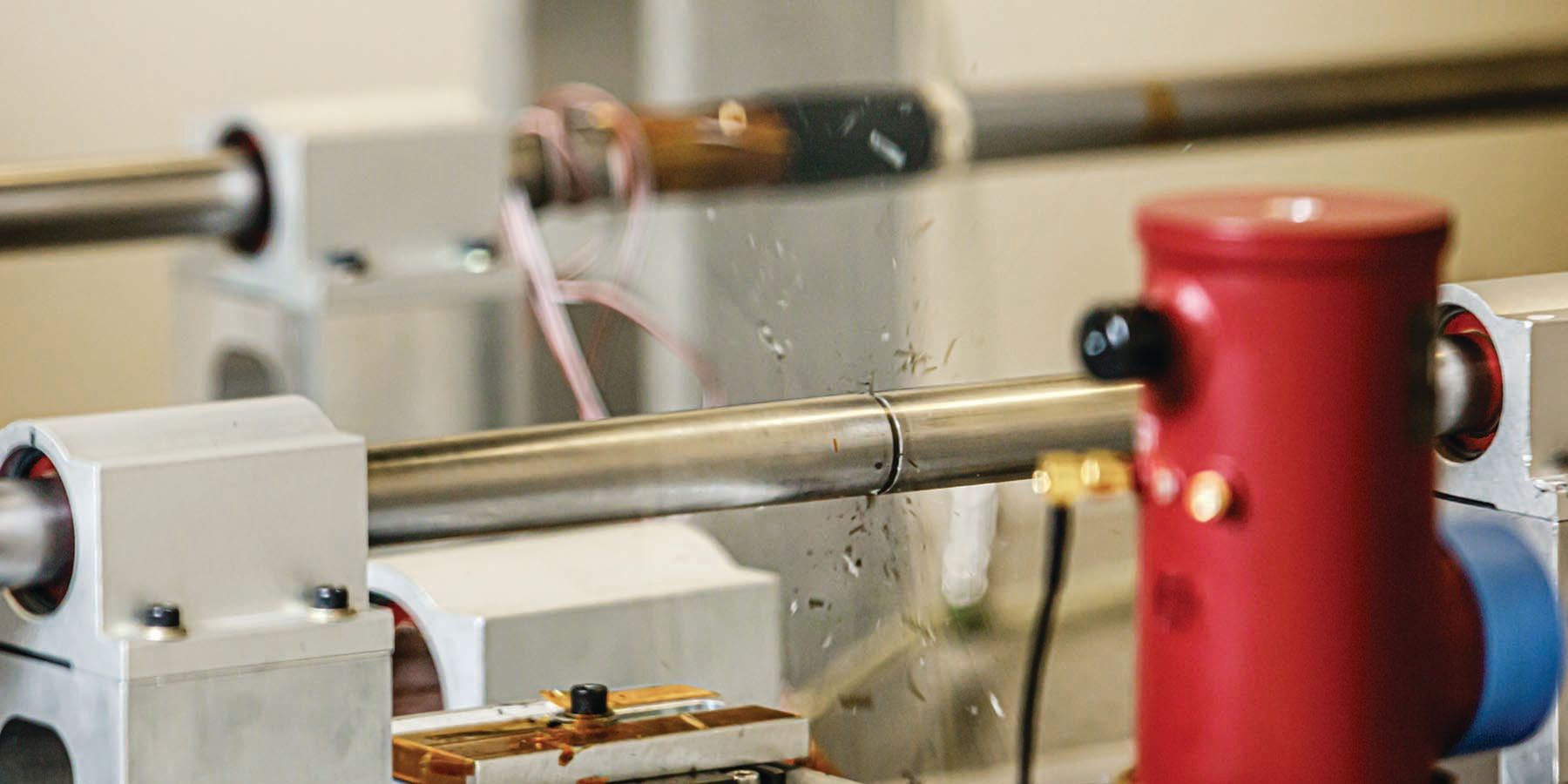 What started out as a storage room eight years ago at Sandia National Laboratories has transformed into a world-renowned materials testing facility.

The Experimental Impact Mechanics Lab (EIML) can test and evaluate the nature, properties, and strength of any manmade or natural material on the planet. “There’s no material we cannot test,” says Bo Song, PhD, EIML’s mechanical engineer. 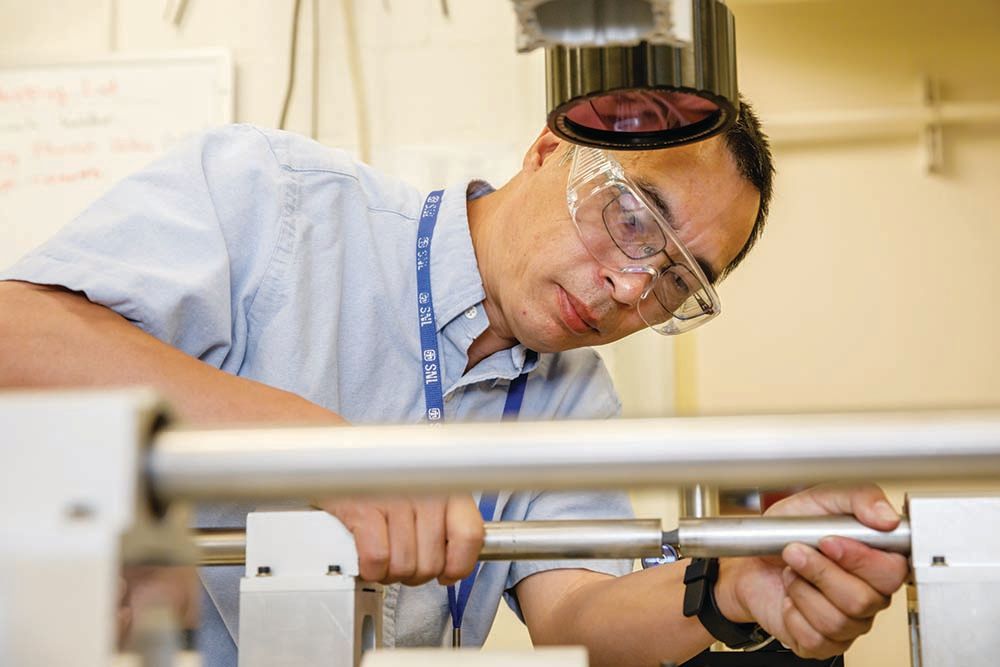 As an example of the lab’s work, the EIML has developed a high-rate, high-temperature—up to 1030°C—compression and tension test capability to support nuclear launch safety analysis for NASA’s Mars exploration projects. “We used this new test capability for the first time to obtain the material response data under extreme thermomechanical environments that have been used to analyze safety during the launching process,” says Song.

“The lab’s instrumentation crushes, compacts, twists, pulls, and stretches materials under various controlled states of hot and cold to assess their pliability, durability, and reliability.”

The lab is able to test “any material on Earth” because the team specially designs each experiment to modify or develop the apparatus and equipment needed for specific material testing. “Our experimental design, execution, and post-test analyses vary with different materials,” adds Song.

This level of flexibility and innovation has greatly contributed to the successful work of the lab, but it comes with challenges as well.

“The lab always faces both testing and operational challenges. We are not a data factory with routine tests. Instead, we keep developing techniques that have never existed,” says Song. “This new technique and testing-capability development requires a lot of knowledge, experience, passion, dedication, and vision—and always comes with frustration.”

The increasing number of projects coming in to the lab also presents scheduling challenges for the team. However, they are able to overcome this with frequent meetings and communication for both technical and operational discussions. Song maintains a dynamic and flexible schedule within the lab to accommodate customer needs efficiently.

Building the right tool for the job

The EIML has tested everything from very hard materials, including ceramic and high-strength alloys, to composites, soft alloys, concretes, and rocks. The team has also tested soft materials like polymers, foams, and sands. 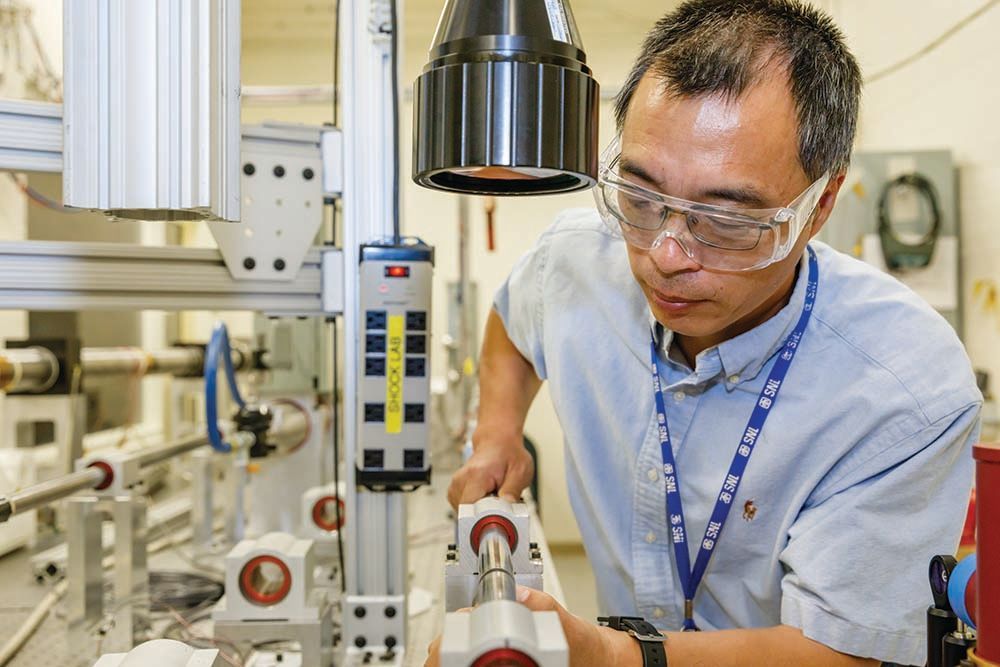 The 200-plus square foot space houses a variety of split Hopkinson bars (Kolsky bars), a one-of-a-kind Drop-Hopkinson apparatus, high-speed optical and infrared cameras, as well as heaters and compressors. “The lab’s instrumentation crushes, compacts, twists, pulls, and stretches materials under various controlled states of hot and cold to assess their pliability, durability, and reliability.

“There are not many labs around the world that can do what we do,” says Song. “We’re becoming known as one of the leading facilities globally in experimental impact mechanics.” 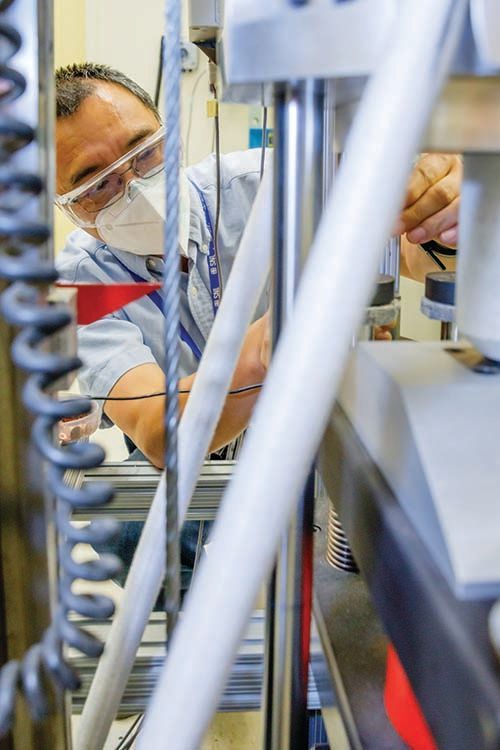 Bo Song makes adjustments to the Drop-Hopkinson Bar—the only one of its kind in the world.
Bret Latter, Sandia National Laboratories

The true “gem” at EIML that has helped the lab build this reputation is the one-inch-diameter Drop-Hopkinson bar, with a carriage of up to 300 pounds. The bar is used to measure the tensile properties of materials under low- to intermediate-impact velocities—a capability that had previously been unmet until Song helped develop the apparatus. “Material property characterization has been well served at low strain (or loading) rates with standard material testing frames and at high strain (or loading) rates with Kolsky bars (or split Hopkinson bars),” says Song. “However, the gap between the low and high strain rates—intermediate strain rates—has been unavailable for decades due to experimental difficulties.” Because of this limitation, Song was inspired to develop a new apparatus specifically focused on intermediate-rate material characterization. After analyzing the advantages and disadvantages of current techniques, he tested the idea of combining the Drop-Table and Hopkinson Bar methods to form the Drop-Hopkinson bar.

“We’re becoming known as one of the leading facilities globally in experimental impact mechanics.”

“The intermediate-rate characterization of materials is very important for low-speed impact events, such as car crashes, accidental drop of electronic devices like cell phones, etc., which is of great interest to automotive, electronics and sport industries, as well as national security,” explains Song. “This strong, unfulfilled need motivated me to develop a new apparatus for intermediate-rate material characterization. I spent a lot of time analyzing advantages and disadvantages of current techniques and eventually came up with an idea to combine the Drop-Table and Hopkinson Bar methods, or a Drop-Hopkinson bar.” The tool enables the EIML team to conduct a full range of material property characterization and understanding from low, intermediate, and high strains across eight orders of magnitude without gaps. 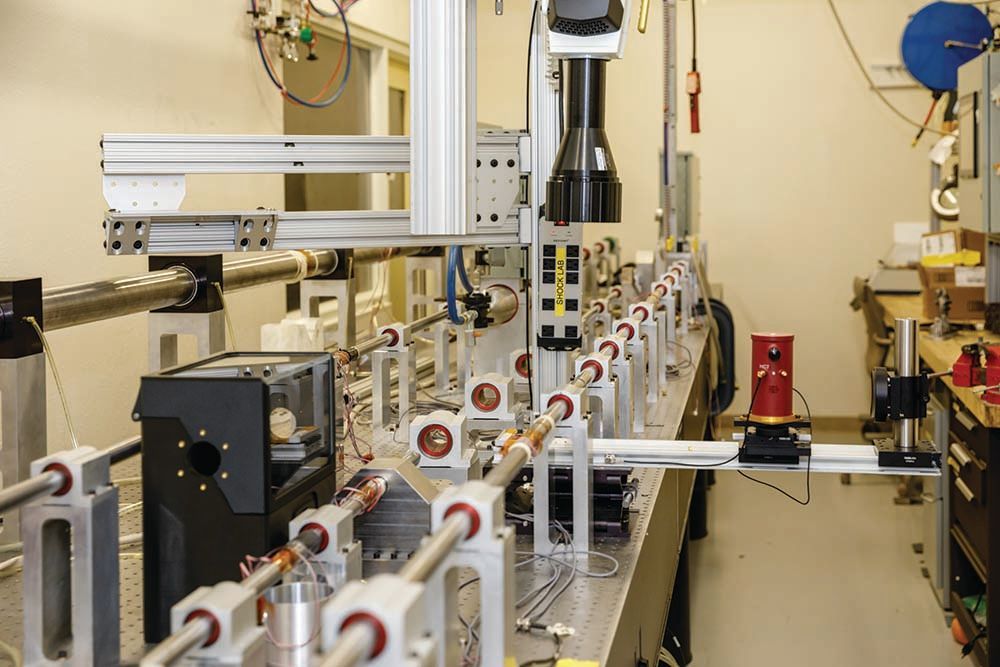 Song, who has worked in experimental impact mechanics for 28 years, was the sole staff member of the EIML when it was first built. Now, the lab has three full-time staff members, one full-time technologist, two year-round interns, and one post-doc.

“We started in an empty storage room with only one full-time staff member—me. Eight years later, the lab has been operating within a very healthy model, with stable internal and external customers and project support, strategic scientific plan and capability development, and a very strong team with multiple members at different experience levels,” says Song.

The needs of clients, as well as the generation of new ideas from the lab staff have led to the next phase for the EIML. As Song notes, the team is outgrowing their current lab space. With the support of Sandia’s management team, the EIML staff is transitioning into a new lab environment, which offers double the amount of space. The new space will enhance the team’s capabilities and ensure they can succeed in the lab’s mission to “specially design, execute, and analyze experiments to help our customers solve scientific and engineering problems for their applications,” says Song.