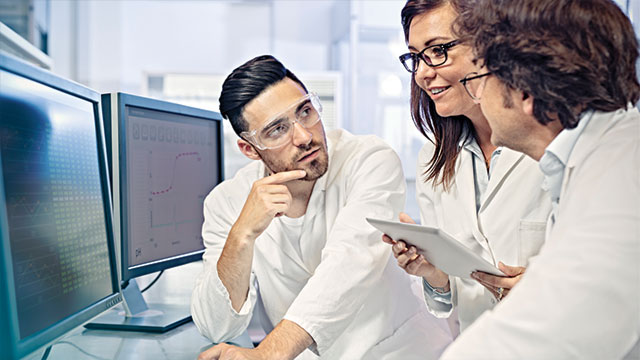 Recently, Paola Guevara Riveros, president and academic liaison of the Association of Laboratory Managers (ALMA), was speaking to a disgruntled manager at a networking event. The manager was experiencing serious issues with the lab’s millennial employees— a demographic cohort loosely defined as being born between the early 1980s and 1994. None of the younger employees, according to the manager, were putting in enough hours or producing quality work.

Much has been said about millennials, also known as Generation Y. Some indicate that this group fails to learn skills necessary to master sophisticated laboratory equipment, while others have noted a sense of entitlement ingrained in the culture of this demographic, resulting in a lack of serious commitment to their work. Riveros, who has been an operations manager for five years, is familiar with such a depiction of her cohort but has refused to accept such a simplistic classification of an entire group within one lab—and as representative of a whole generation. So she decided to investigate.

“I asked [the manager], ‘Where are you hiring from?’” Riveros says, “because it sounds like the exact same individual. And sure enough, they were hiring [everyone] from the same university around the corner, and that [provided] the explanation of [the employees’] behavior.”

That group of lab workers, it turned out, was not sufficiently trained at the university—either technically or culturally. They were not taught how they needed to behave in the workplace. And so the issue in that particular case was more with the educational framework and not a larger social trend. “I don’t think it’s right to put an entire generation into a pigeonhole,” Riveros says.

Riveros is not alone in her assessment of how managers should view millennials. Many employers believe this generation performs as well as, if not better than, those that came before, at least in some aspects of laboratory work.

“Millennials are often better grounded in fundamentals of technology, [because] they grew up in an era when the embrace of novel technology required one to ‘bake from scratch,’” says David S. Perlin, executive director of Rutgers Regional Biocontainment Laboratory in Newark, New Jersey.

Crystal Glen, who manages 13 laboratories at Sandia National Laboratories in Albuquerque, New Mexico, agrees that millennials are adept at new technologies and can be instrumental in making discoveries.

In fact, the group classified as millennials has grown up in a much more complicated and intricate world than their parents did, particularly as far as technology is concerned, says Glen, who manages 14 employees, 15 percent of whom belong to the cohort.

“One of my millennials just recently discovered a new boundary sheath flow—the boundary that forms around plasma that’s been very poorly understood for generations,” she says. “And the reason this is important is that we would like to use plasma to capitalize on the energy that’s generated from these plasma systems and in creating more sustainable energy for the future.

“What he discovered,” Glen adds, “actually made an incremental advance in understanding how we might be able to use the future generation of solar cells more efficiently.”

It makes sense that millennials are prone to quickly picking up technology. By the time this cohort entered adulthood, the Internet was in full swing, Google had launched, and MP3 players were part of the culture. Technology was ingrained within the fiber of everyday life—especially for young adults.

“Our millennials have picked up complex sophisticated laboratory equipment, including HPLC and PCR, with little to no issues.” says Jill Brzezicki, laboratory director and owner of CMT Laboratories, LLC, in Denver, Colorado. CMT Laboratories is a state-licensed and -certified cannabis testing facility that launched in 2013. Brzezicki manages some ten people in the laboratory, 20 percent of whom are millennials, a group that—despite being technologically geared—seems more partial to intuitive equipment.

“Everyone likes user-friendly systems,” Riveros says. “I think that technology has become very intuitive, and nowadays you should be able to come up to an instrument and use it even if you haven’t been trained on it. And so I think that push is definitely expected now in my generation, but it has come up through other generations.”

These changes have been occurring for a long time and have been refined, she explains, and so “we do expect user-friendly equipment—and equipment that is not user-friendly is perhaps [considered to be] inferior because we have a new standard,” Riveros adds.

But reliance on new technology, while common among the younger workers, should be paired with sufficient preparation to engage in the day-to-day operations of, and scrutiny essential in, the lab. “I do feel that it takes a solid standard operating procedure and excellent training to ensure that the intricacies and requirements of the analysis are met,” Brzezicki says.

Despite (or maybe because of) being more technologically inclined, managers sometimes indicate that the younger generation has a harder time with understanding the fundamentals behind the technology they are utilizing.

“Most users don’t understand the technology or process, or fully understand the dynamic outputs,” says Perlin. “It is a trend in all of science. Most graduate students or postdocs, when asked how they obtained a molecular result, simply say: ‘I used kit X from manufacturer Y.’ In many cases, they are not really clear how the kit works or what underlying technology it uses.”

“This has been a trend in science for the past two decades or more,” Perlin adds. “It is not, per se, a millennial issue, but transcends all of science.”

And it looks as if the trend toward simplifying systems and equipment will continue, no doubt streamlining lab procedure but perhaps in turn producing operators further removed from the fundamentals.

Related Article: Millennials in the Lab

“I believe there will be constant advancements in simplifying systems, and if the advanced system performs better than or equal to the original system, then I see no problem in changing the system,” says Brzezicki. “I do believe that it’s important for employees to understand what is happening with the analysis and equipment they are using, and that experience is the best teacher.”

It is therefore pertinent for those more experienced to impart to the younger workforce a knowledge of fundamentals and analysis techniques.

“Sophisticated equipment is becoming dumber all the time,” Perlin says. “Manufacturers remove the complexity by simplifying inputs, such as data or specimens, and provide yes-or-no outputs, which minimize interpretation. This has been going on for decades, and it is why highly sophisticated diagnostic equipment can be used so successfully in clinical diagnostic labs by a wide range of trained personnel.”

Challenges with the group

Millennials have proven to be as valuable as, if not more valuable than, their predecessors in the laboratory workforce. Managers are finding that when trained properly, the cohort can be an asset as opposed to a liability for the workplace. As such, many are discounting the notion that the cohort should be treated as second-class or viewed in an inferior light.

Despite this, millennials—many of whom quickly became accomplished in the age of Silicon Valley success stories—typically have expectations that are different from those of older cohorts who manage or work with them. As such, it’s up to upper management to close the gap on the expectations of the younger group.

“Some challenges I’ve faced as a manager are getting the employees to actually do the job and trying to impart to them that respect is something that is earned, not given,” Brzezicki says. “There seems to be a sense of entitlement and arrogance that runs rampant in this age group; however, CMT Labs has been fortunate to have encountered only a few insubordinate millennials, who no longer work for the company.”

Perlin believes that to close the gap and ensure that everyone is moving toward the same goal, managers should invest in training and mentoring their employees. “But most important, millennial or not, it is about embracing innovation to advance your science,” he says. And the question to ask, Perlin says, is “Does the individual want to embrace this?”

Glen also believes that those in management positions should rethink their notion of classifying individuals in terms of generation and instead focus on the weaknesses and strengths of individual employees—because embracing the differences of each unit of the workforce can strengthen the goal of the whole.

“Every individual is different, and that’s what’s great about our culture,” she says. “Managers should focus on managing the individual as well as the group, and on helping others grow through their strengths as well as capitalize on their weaknesses. This is true regardless of the generation. For example, if the individual is succeeding and advancing very quickly compared with another individual, you would obviously want to give the individual who’s advancing more quickly more responsibility. I can’t say that that is going to be generationally specific.”

Brzezicki agrees that the value of an employee is not generation- specific and that each person’s role can be important.

“I believe that everyone must work his or her way up through the laboratory process, and that takes time,” she says. “I think managers should be able to provide a good opportunity for advancement and communicate effectively to their employees.”