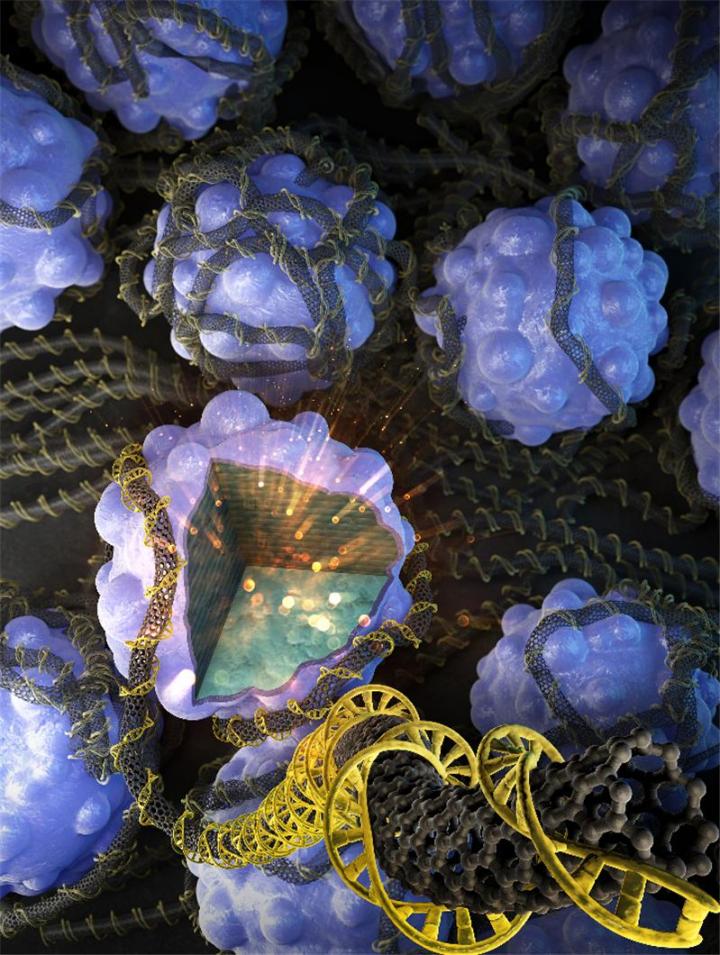 A Korean research team has succeeded in developing next-generation high-capacity cathode material for lithium-ion batteries. It's stabilizing the surface of over-lithiated layered oxides using DNA from salmon and carbon nanotubes, and Improved catalyst performance and lifespan found through the use of integrated advanced analytical techniques.
Korea Institute of Science and Technology (KIST)

In the lithium-ion secondary battery, the amount of lithium ions moving back and forth between the cathode and anode during charging and discharging process determines the energy density of the battery system. In other words, the development of high-capacity cathode material is essential to increasing the capacity of a lithium-ion battery.

OLO have a high reversible capacity of 250 mAh/g (compared to the reversible capacity of existing commercialized materials, which is only 160 mAh/g) and have long received attention as a next-generation cathode material, which can improve the energy storage capacity of batteries by more than 50 percent. However, OLO have a major weakness in that, during charge/discharge cycling, the layered structure of OLO can collapse, resulting in swelling and rendering the battery unusable.

The KIST research team used transmission electron microscopy to analyze changes in the crystallographic structure by dividing into specific areas from surface to interior of OLO. The results of the analysis confirmed that the metal layers of the OLO started to collapse at the surface by repeated charge/discharge cycling.

Related Article: Cartilage Could Be Key to Safe 'Structural Batteries'

The joint research team used the DNA of a salmon, which has a strong affinity with lithium ions, to control the OLO's surface structure, which was the cause of the material degradation. However, the salmon DNA showed a tendency to aggregate in aqueous solutions. To solve this problem, the research team synthesized the composite coating material that combined carbon nanotubes (CNT) and the salmon DNA. The DNA/CNT mixture was uniformly arranged and attached to the surface of the OLO, resulting in the development of a new cathode material.

The research team at KIST performed integrated advanced analytical techniques (investigating a range of factors, from individual particles to electrodes) and found that the electrochemical characteristics of OLO and the mechanisms of its structural stability improved. The results of the in situ X-ray based analysis for the developed OLO was confirmed that the structural degradation was suppressed during charge/discharge cycling and the thermal stability was improved.

Lee from UNIST said of the significance of the development, "Unlike preexisting attempts, this study uses DNA, the basic unit of life, suggesting a new direction for the development of high-performance battery materials."

Chung added: "This research is very meaningful as it presents design factors for stabilized high capacity cathode material using the integrated advanced analytical techniques. Based on this research, we will devote more efforts to develop a new material that can replace existing commercialized materials."

The work done at UNIST was supported by the US Army Research Office (ARO), Basic Science Research Program, and Wearable Platform Materials Technology Center through the National Research Foundation of Korea (NRF) funded by the Ministry of Science, ICT, and Future Planning. This work was also supported by the Korea Forest Research Institute and Batteries R&D of LG Chem. The work done at KIST was supported by the Technology Development Program to Solve Climate Changes of the National Research Foundation (NRF) funded by the Ministry of Science & ICT and KIST Institutional Program. The results of the research was published as a front cover article in the latest issue of Advanced Energy Materials (March 3, Volume 10, Issue 9).