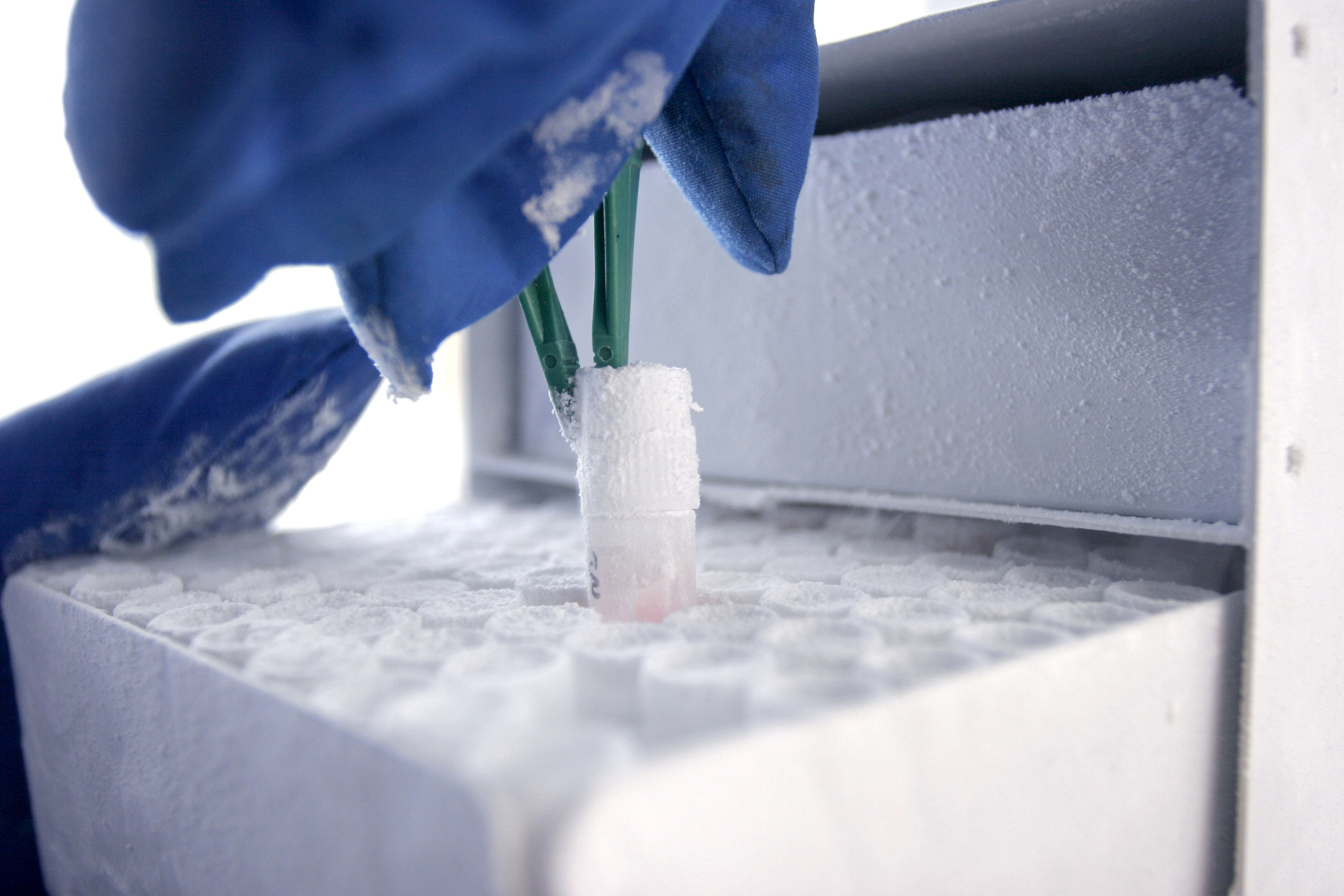 Source: iStockResearchers at Oregon State University have taken an important step toward a more convenient, less expensive means of preserving mammalian cells for in vitro fertilization, species conservation, cell therapy and other purposes.

The method is desiccation—removing water from cells—and shows promise as an alternative to cryopreservation via liquid nitrogen.

Findings were published in PLOS One.

Liquid nitrogen's boiling point is minus 320 degrees Fahrenheit, whereas desiccated cells might be stored in conventional freezers or refrigerators.

"Storage in liquid nitrogen is relatively costly and the requirement for low temperatures during shipping is inconvenient," said corresponding author Adam Higgins, associate professor of bioengineering at OSU.

Getting cells stable for storing in a dried state requires removing enough water that the remaining matrix forms a non-crystalline, glassy solid.

"One of the most important performance characteristics of a desiccation solution is its ability to form that glass," Higgins said. "That's what locks the molecular structure in place and prevents degradative chemical reactions. So the glass transition temperature—the point at which the glassy solid forms—is a key parameter for the design of cell desiccation procedures. That temperature is ultimately what determines a biospecimen's appropriate storage temperature."

Higgins worked with collaborators in the OSU College of Engineering and at Augusta University and Villanova University to look at the glass transition temperatures of various possible desiccation media and how moisture content affected the temperatures.

"Our intent was to take a step toward understanding the glass transition temperatures of these mixes, and we definitely did that," he said.

They studied aqueous solutions of sugars and polymers, as well as compounds that can permeate the cell membrane and are used in cryopreservation: ethylene glycol, propylene glycol and dimethyl sulfoxide, or DMSO.

For example, in a medium containing 0.1 molarity trehalose in phosphate buffered saline, the temperature ranged from about 360 degrees Kelvin for a completely dry sample to about 220 Kelvin at a water mass fraction of 0.4. Zero degrees Kelvin is absolute zero, equal to minus 273.15 Celsius.

In general, researchers found the polymers they used—polyvinylpyrrolidone (PVP) and Ficoll—had a stabilizing effect; adding them to a desiccation medium containing trehalose and phosphate buffered saline increased the glass transition temperature significantly at any moisture content.

Adding DMSO, ethylene glycol or propylene glycol to the mixture decreased the glass transition temperature in a manner that depended on concentration.

"For stable storage in the dried state, it's believed the glass transition temperature should be about 50 degrees Kelvin above the storage temperature," Higgins said. "So a desiccation solution containing 0.1 molarity trehalose and 10 percent PVP in phosphate buffered saline would need to be dried to a water mass fraction of about 5 percent for stable storage at room temperature. For storage in a refrigerator, drying to about 9 percent water content would be sufficient. Adding membrane-permeable cryoprotectants can safeguard intracellular organelles but increases the extent of drying necessary."

Results suggest room-temperature storage of a desiccation solution containing 0.25 molarity cryoprotectants is not feasible. But it appears possible for such a solution to achieve stable storage in a standard refrigerator or freezer after drying to water mass fractions of about 3 percent and 6 percent, respectively.

"These examples illustrate the potential of our results to facilitate design of promising multicomponent mixtures for cell desiccation," Higgins said.