May 01, 2020American Society of Agronomy 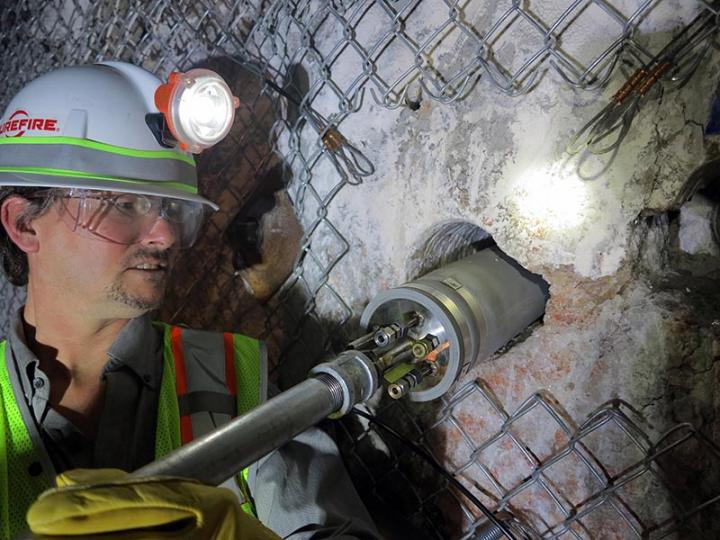 Phil Stauffer testing the inflatable packer fit into the BATS testing borehole. This is a mock-up waste canister filled with cerabeads (fake nuclear waste, with properties like glass) and heater strips to mimic 1000W of heating. The project hopes to find solutions for nuclear waste storage in salt deposits deep in the earth.
Doug Weaver

Around the world, there are pools of water filled with nuclear waste waiting for their final resting place. This is waste that was created from decades of nuclear power generation, and the waste must be handled carefully.

In the United States, scientists are studying several solutions for disposing of these wastes. Phil Stauffer and researchers at Los Alamos National Labs have been working with the US Department of Energy and other national laboratories on one long-term, safe, disposal solution—salt.

"Deep salt formations that already exist in the United States are one candidate for long-term disposal," says Stauffer. "This 'high-level' nuclear waste can create a lot of heat, in addition to the radioactivity that must be contained. We need to develop a clear path to dispose of this waste."

Salt deposits exist underground. They are self-healing, have very low permeability, and conduct heat well. All of these are important to releasing the natural heat of the nuclear waste. Salt formations can make an excellent barrier to long-term release of radionuclides into the human environment.

But salt is not just a physical barrier—it's a chemical one, too. So, how these salt deposits would react to the presence of water, heat, and other geologic factors needed to be researched. 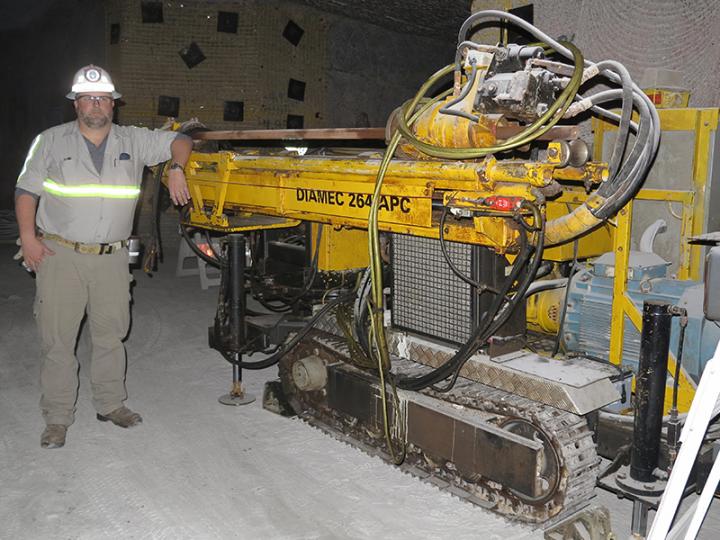 Doug Weaver, also on the BATS research project, stands by one of the large drills used to create the boreholes for experimentation.
Brian Dozier

Recent thermal testing underground began by creating a full-scale mock-up of a waste canister and heating it for nearly a year. This is the first time this has been done in the United States since the late 1980s.

In parallel, the Department of Energy's research team is running a campaign to study generic nuclear waste repositories. This includes studying how water migrates towards heat sources in salt. Enter the "Brine Availability Test in Salt"—or BATS project, with Stauffer and rest of the team. The research team began a pilot program several years ago.

Phase 1s (s for shakedown) began in the summer of 2018 and ran for nearly a year. "The lessons learned, and insights gained in this initial testing, are proving vital to the design and implementation of the next, larger-scale experiment," says Stauffer.

In addition, researchers can turn to computer modeling to predict some of the outcomes. "Long term modeling can be used to develop the appropriate initial pressure and other important factors for the boreholes," says Stauffer. Factors included are temperature response and water availability. 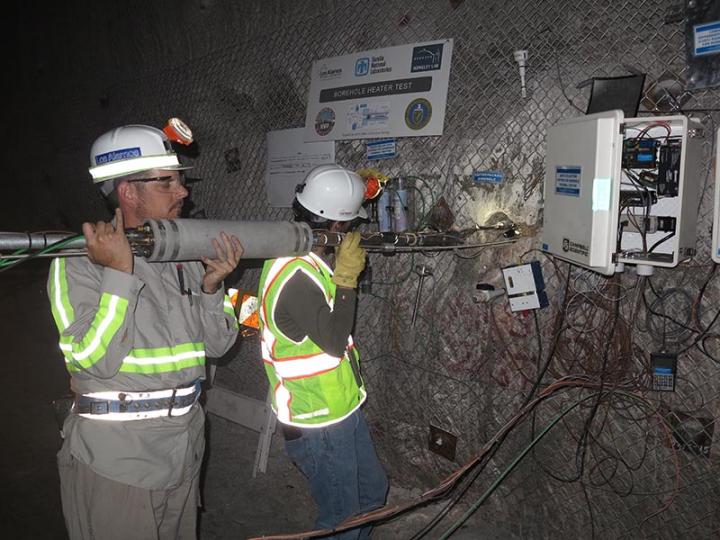 Installation of the infrared heater being tested at a one of the BATS research sites.
Doug Weaver

Phase 1 began in January 2020 and will run for several months. It will include more complicated data collection, including fiber optic cables, electrical resistivity tomography, and real-time isotopic measurements on the water evaporated from the brine.

These aspects of brine availability will be investigated in future phases of the BATS testing. Data from the next experiment will be used to further refine models and will be shared with the international research community. Project plans call for gradually ramping up the scale of the heater experiments to eventually explore salt-brine availability to spent nuclear fuel waste canisters in a configuration representing a possible future high-level waste repository.