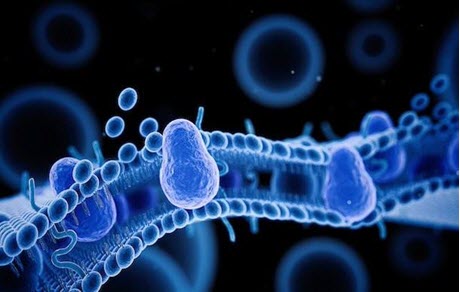 Cell-mimicking vesicles with enzymes incorporated into their membrane show active motility upon catalysis.Credit: Subhadip GhoshProtocells—artificial cells—that are active and mimic living cells by moving independently and that are biocompatible and enzymatically active are now possible using an improved method developed by Penn State researchers.

Living cells are difficult to grow in the laboratory, so researchers sometimes work with synthetic cells, but these have had research limitations because they lack real cell characteristics.

"One of the challenges of cell research is it's sometimes very hard to run controlled experiments on a cell's motility, especially due to surface enzyme activity," said Darrell Velegol, distinguished professor of chemical engineering. "The research team developed a simple way to make an artificial cell that doesn't do everything a regular cell does, like reproduce, have genetic mutations or anything like that, but it actively moves. That's important because how cells move is poorly understood, especially how enzymes' activity play into cell movement."

The team's protocells are used to investigate how the activity of natural enzymes like ATPase can propel the active movement of the protocells. The biochemical process of ATPase enzyme involves conversion of ATP (adenosine triphosphate) into the product ADP (adenosine diphosphate). ATP is a complex organic chemical that provides energy for living cells and ADP is an organic compound that plays an important role in how cells release and store energy.

"Attempts at similar experiments in the past decade had the enzymes incorporated inside of micron-sized sacks called polymeric vesicles, or tethered onto the surface of hard particles," said Subhadip Ghosh, postdoctoral researcher in chemistry. "But these attempts didn't have significant biological resemblance like our protocells."

In the research team's experiments, the protocells have actual artificial membranes composed of a naturally occurring lipid called phosphatidylcholine. The ATPase enzymes were incorporated directly into the membrane.

"Our results basically give other researchers the first steps toward making artificial cells with enzymatic activity," Ghosh said.

One unexpected result from the study, which was made available online in August 2019 ahead of final publication on September 11, 2019 in an issue of Nano Letters, happened during diffusion experiments which were performed at a single molecular regime. As expected, the movement of the protocells was low for low concentrations of ATP.

"Quite surprisingly, the movement of the protocells dropped significantly at high concentration of ATP," said Ayusman Sen, the Verne M. Willaman Professor of Chemistry at Penn State.

According to the researchers, this was as counterintuitive as pressing an automobile's gas pedal and having the vehicle slow down. After performing comprehensive control experiments, the researchers concluded that when ADP concentration is high, it may bind to the ATPase and suppress the substrate ATP activity, causing reduced motility.

Having the ability to fabricate the enzymatically active protocells opens new opportunities. Armed with these mimics of motile living cells, the researchers aim to reveal the fundamental mechanisms governing active membrane dynamics and cellular movement. Given the current limited understanding of how cells move, including how enzyme action plays into cell movement, the research team members believe their work can have significant implications for future medical research.

"A key challenge is to estimate the mechanical forces that drive the protocell movement, and to discover changes in the enzyme structure during that process," said Farzad Mohajerani, research assistant in chemical engineering. "Knowing that structure-function relationship for the movement of the protocells will enable their design for potential in vivo applications like medical sensing and lab analysis."