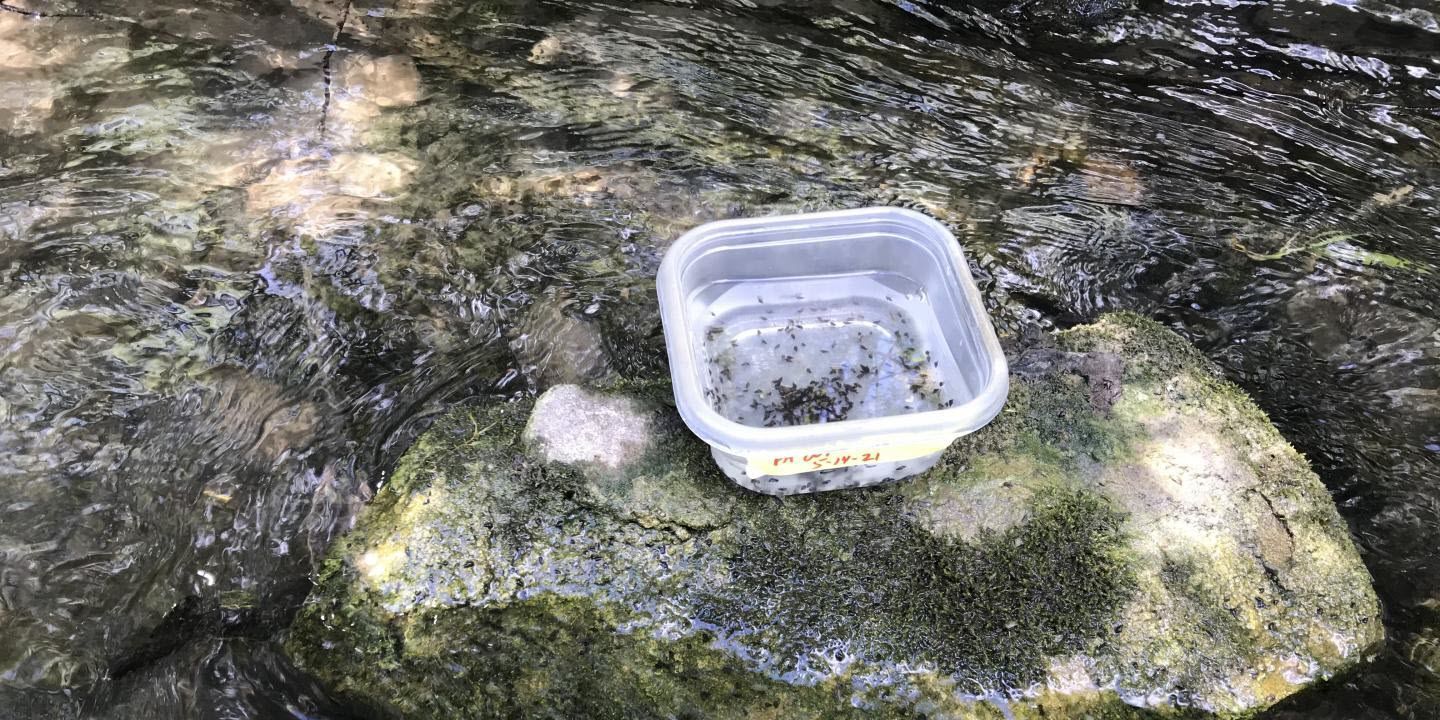 Biologists led by the University of Iowa used a special technique called eDNA to discover an invasive species of tiny snails in streams in central Pennsylvania where the snails' presence had been unknown. The invasive New Zealand mud snail has spread to the Eastern Seaboard after arriving in the western United States decades ago.
Edward Levri, Pennsylvania State University-Altoona

Invasive species, beware: Your days of hiding may be ending.

Biologists led by the University of Iowa discovered the presence of the invasive New Zealand mud snail by detecting their DNA in waters they were inhabiting incognito. The researchers employed a technique called environmental DNA (eDNA) to reveal the snails' existence, showing the method can be used to detect and control new, unknown incursions by the snail and other invasive species.

"eDNA has been used successfully with other aquatic organisms, but this is the first time it's been applied to detect a new invasive population of these snails, which are a destructive invasive species in fresh waters around the world," says Maurine Neiman, associate professor in the Department of Biology and the study's co-author. "eDNA can be used to find organisms at really early stages of invasion, so it can detect a population even when there are so few of the organisms that traditional methods would never find them."

The biologists traveled to central Pennsylvania seeking evidence of the presence of the mud snail, which for decades has been spreading in fresh waters in the continental United States, beginning in the Northwest, moving to the Great Lakes, and now migrating along the Eastern Seaboard. The tiny aquatic snails' population densities can balloon to more than 500,000 individuals in a square yard, covering the water bottom and crowding out native species.

The researchers collected samples from eight sites spread across six rivers in the Susquehanna River watershed, which feeds into Chesapeake Bay and the Mid-Atlantic watershed. Six of the sites had no reported cases of the mud snail, despite physical surveys, while the other two locations had not been studied.

The researchers used the eDNA technique to look for DNA the snails would leave as tracers in sloughed-off skin cells or bodily waste. They discovered the snails were there, after all: The eDNA results confirmed the mud snails were at one site where none had been detected previously, and were likely at low population levels at other sites as well.

"This study presents an important step forward in demonstrating that eDNA can be successfully applied to detect new P. antipodarum invasions and will allow us to more accurately track and potentially halt ongoing range expansion of this destructive invasive species," wrote James Woodell, a research support technician at University of Hawai?i at Mānoa who performed the research while a master's student in biology at Iowa and is the study's corresponding author.

The eDNA technique was developed less than a decade ago. It has been used to ferret out invasive species, including fish, frogs, and crustaceans, in aquatic ecosystems. For this study, the biologists refined the filtering protocols from an existing eDNA sampling system for mud snail detection and tested it for the first time in the field.

- This press release was supplied by the University of Iowa. It has been edited for style