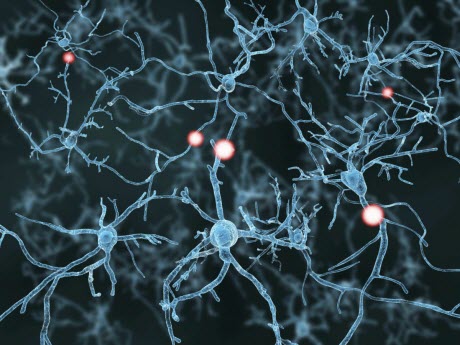 Image courtesy of McGill UniversityScientists at the Montreal Neurological Institute and Hospital -The Neuro, at McGill University and the McGill University Health Centre, have made a breakthrough in understanding an important protein that appears to act as a kind of cellular “marriage broker.” The protein called Netrin1 brings cells together and maintains their healthy relationships. Netrin1 plays an essential role in the growth of the human organism, directing cell migration and the formation of cell circuits both at the embryo stage and after birth.

The breakthrough came in the form of a mouse embryo model created by Jenea Bin and her colleagues working in the laboratory of Dr. Timothy Kennedy, a researcher at The Neuro specializing in nervous system development. Using genetic technology, his laboratory team removed all of the Netrin1 from the embryo. Mouse models are vital in studying the interactions of proteins.

“For the past two decades, scientists have been using a model in which most but not all of the Netrin1 was removed. That model found that reduced netrin led to developmental problems. Our new model removed Netrin1 totally, and we saw that the consequent disruption of the nervous system was even greater than suspected,” says Dr. Kennedy, contributing author of the study published in August in the scientific journal, Cell Reports. “Significantly, the embryo died about half way through embryogenesis.”

Netrin1 is expressed by many different cells in the adult nervous system. The new model allows Dr. Kennedy to delete Netrin1 from specific cell types at different stages in the cell’s development.

“Past studies have implicated Netrin1 in neurodegenerative diseases like Alzheimer’s disease, in learning and memory and in synaptic plasticity. Using this new mouse, we can now delete Netrin1 expression from specific cells and determine for which function the cells are creating Netrin1. We’ll be able to identify the specific kind of dysfunction that results from Netrin1 deficit.”

Understanding the role of Netrin1 opens roads to new therapies.

“It is an incredible genetic tool to have available,” says Dr. Kennedy. “The same technique used to delete Netrin1 can also be used to increase Netrin1 expression. If we properly manipulate Netrin1 expression in the adult brain, we might be able to maintain a function that was going to degenerate or recover an already degenerated function.”

The new study also casts doubt on a widely held theory that Netrin1 promotes cell survival. “Our research found no evidence of that.”