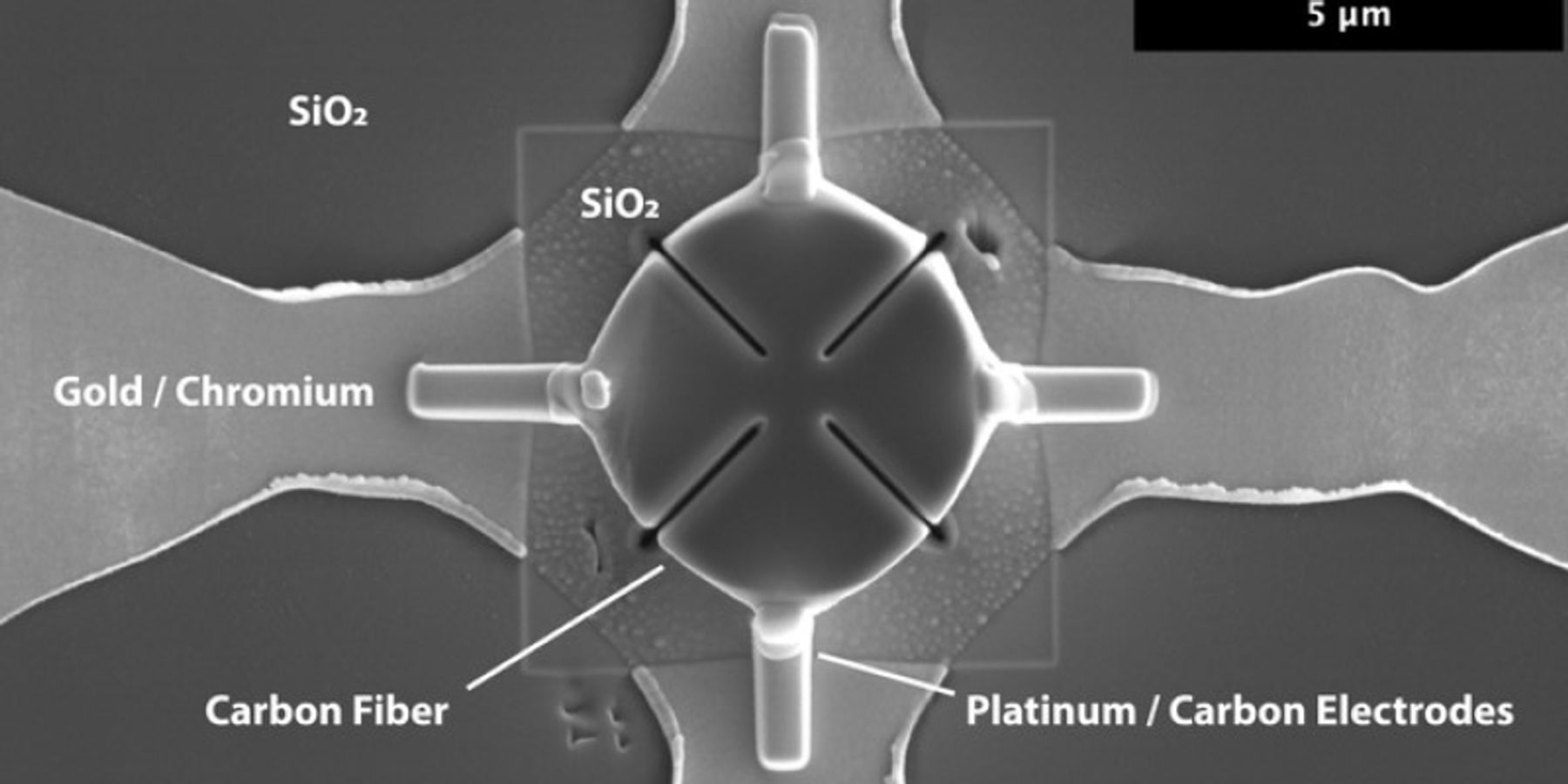 The slice of carbon fiber in the microelectric circuit is electrically connected to the gold/chromium electrodes with platinum/carbon electrodes.
Satoshi Matsuo and Nancy R. Sottos

WASHINGTON, DC — Carbon fiber reinforced polymer composite structures are serving an increasingly important role in aerospace, infrastructure, energy generation, and transportation. Yet, the electrical behavior of a composite is challenging to measure or predict because of the electrical conductivity of constituent carbon fibers and the composite's complex hierarchical microstructure.

In Journal of Applied Physics, by AIP Publishing, researchers from the University of Illinois at Urbana-Champaign report the first direct measurement of the transverse electrical resistivity of a single carbon fiber. The researchers combined a precise sample preparation with a technique called the van der Pauw method to accomplish this challenging measurement.

When carbon fibers are made, the strong carbon-carbon covalent bonds are aligned in planes parallel to the fiber axis in the longitudinal direction. Only weak van der Waals bonds exist between the planes in the transverse direction, leading to directionally dependent properties.

"Our results reveal that an IM7 carbon fiber is more electrically conductive in the direction parallel to the length," said coauthor Satoshi Matsuo.

Previously, the van der Pauw method was mainly used to measure resistivity of thin films or discs. The researchers cut and manipulated a slice of carbon fiber using a focused ion beam and a needle, a tool more commonly used to prepare transmission electron microscopy specimens.

Next, they plan to examine the transverse electrical resistivity measurements on different types of carbon fibers with varying measurement conditions such as the environmental temperature.

"This procedure may also be applied to other homogenous conductive fibrous materials with a diameter on the order of microns such as conductive polymer fiber or metallic fiber," said Sottos.

- This press release was provided by the American Institute of Physics