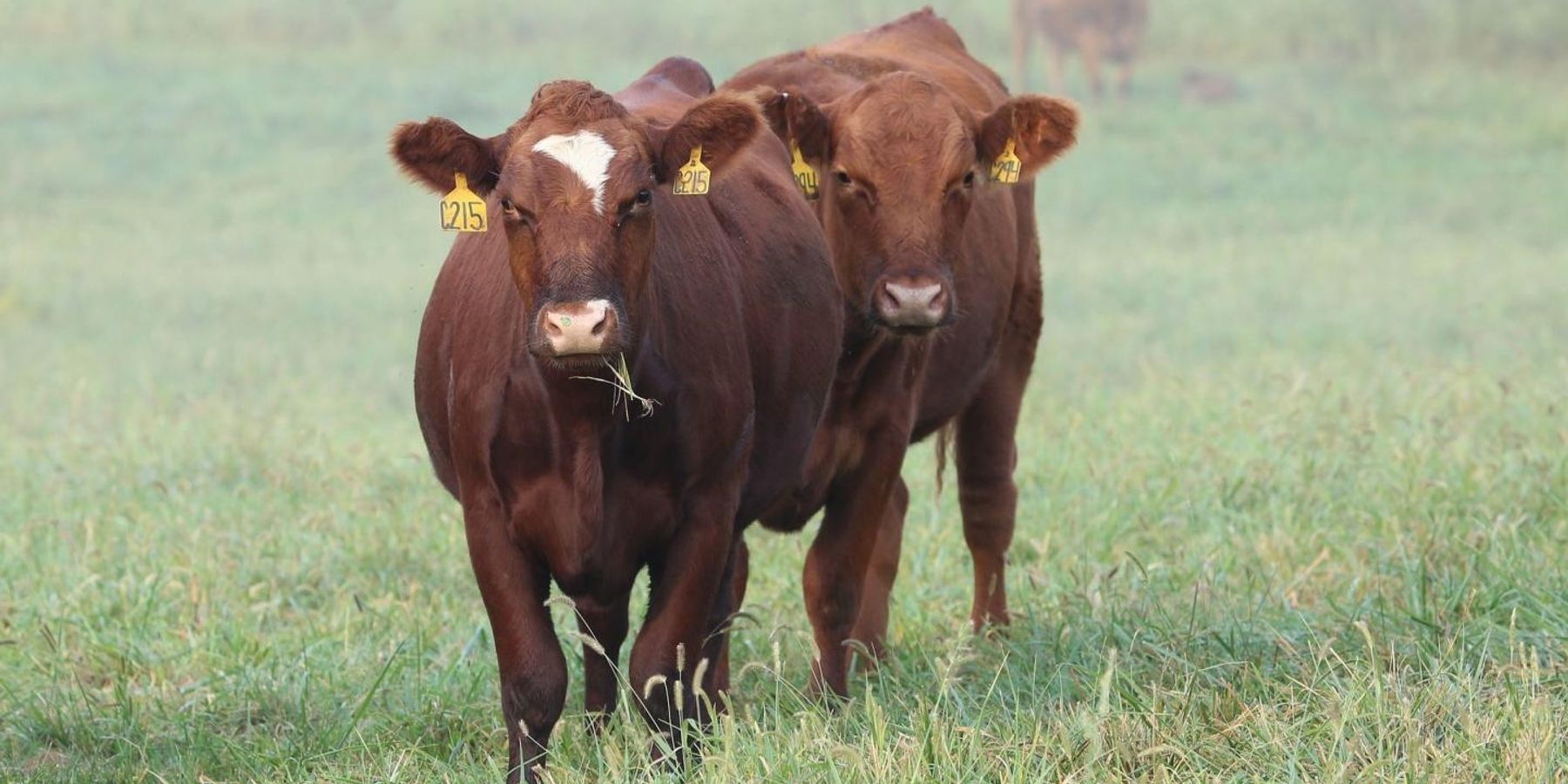 Over the course of generations, cattle are losing the genetic adaptations that help them thrive in specific environments.
University of Missouri

As a fourth-generation cattle farmer, Jared Decker knows that cattle suffer from health and productivity issues when they are taken from one environment—which the herd has spent generations adapting to—to a place with a different climate, a different elevation, or even different grass. But as a researcher at the University of Missouri (MU), Decker also sees an opportunity to use science to solve this problem, both to improve the welfare of cattle and to plug a leak in a nearly $50 billion industry in the US.

"When I joined MU in 2013, I moved cattle from a family farm in New Mexico to my farm here in Missouri," said Decker, an associate professor and Wurdack Chair in Animal Genetics at the College of Agriculture, Food, and Natural Resources. "New Mexico is hot and dry, and Missouri is also hot but has much more humidity. The cattle certainly didn't do as well as they did in New Mexico, and that spurred me to think about how we could give farmers more information about what their animals need to thrive."

In a new study published today in PLOS Genetics, Decker and his team have uncovered evidence showing that cattle are losing important environmental adaptations, losses the researchers attribute to a lack of genetic information available to farmers. After examining genetic material stretching back to the 1960s, they identified specific DNA variations associated with adaptations that could one day be used to create DNA tests for cattle—tests that could tell farmers whether their cattle are suited for one environment or another.

"We can see that, for example, historically cows in Colorado are likely to have adaptations that ease the stress on their hearts at high altitudes," Decker said. "But if you bring in bulls or semen from a different environment, the frequency of those beneficial adaptations is going to decrease. Over generations, that cow herd will lose advantages that would have been very useful to a farmer in Colorado."

Decker's team, including then-doctoral student Troy Rowan, analyzed six decades worth of bovine DNA data from tests of cryopreserved semen produced by cattle breed associations. They found that over time, while genes associated with higher productivity and fertility improved due to careful selection by farmers, many genes connected to environmental adaptations have faded.

Decker noted this is not the fault of farmers, given that there is currently no cost-effective genetic test they can use to determine whether their cattle are suitable for a particular environment. In other words, the study demonstrates a need for user-friendly cattle DNA tests that can look for the specific adaptations identified in the study. These adaptations include resistance to vasoconstriction—a narrowing of the blood vessels that occurs at high elevations and puts undue stress on the heart—resistance to a toxin in grass that can also cause vasoconstriction, and tolerance for high heat or humidity, all of which tend to recede over generations when cattle are removed from the associated environments.

"Sometimes, natural and artificial selection are moving in the same direction, and other times there is a tug of war between them," Decker said. "Efficiency and productivity have vastly improved in the last 60 years, but environmental stressors are never going to go away. Farmers need to know more about the genetic makeup of their herd, not only for the short-term success of their farm, but for the success of future generations."

The first broadly adopted genetic test for cattle was invented at the University of Missouri in 2007, and Decker and Rowan hope to tell the next chapter of that story. Both grew up on farms and share a passion for using research to help farmers balance America's farming traditions with the need for environmentally friendly business practices.

"As a society, we must produce food more sustainably and be good environmental stewards," Decker said. "Making sure a cow's genetics match their environment makes life better for cattle and helps farmers run efficient and productive operations. It's a win-win."