A chemist from RUDN University and his colleagues have created a new type of two-dimensional nanofilm from an organic material called calixarene. The invention can be used as a protective coating in electronics and as a part of molecular filters. They also suggested a way of increasing the durability of such films with UV radiation. The results of the study were published in the Materials Today Communications journal.

Calixarenes are large bowl-shaped organic molecules that consist of several rings. The outer ring of the bowl is hydrophilic, i.e. actively retains water. The innermost ring is hydrophobic or water-repellent. Calixarenes are known in the chemical industry as additives: for example, they play a role in the synthesis of ethylene and propylene polymers. Scientists from Belarus and Russia, including a chemist from RUDN University, suggested a new way of using them. They developed 0.8-1.5 nm thick calixarene-based films that can work as water-repellent coatings. 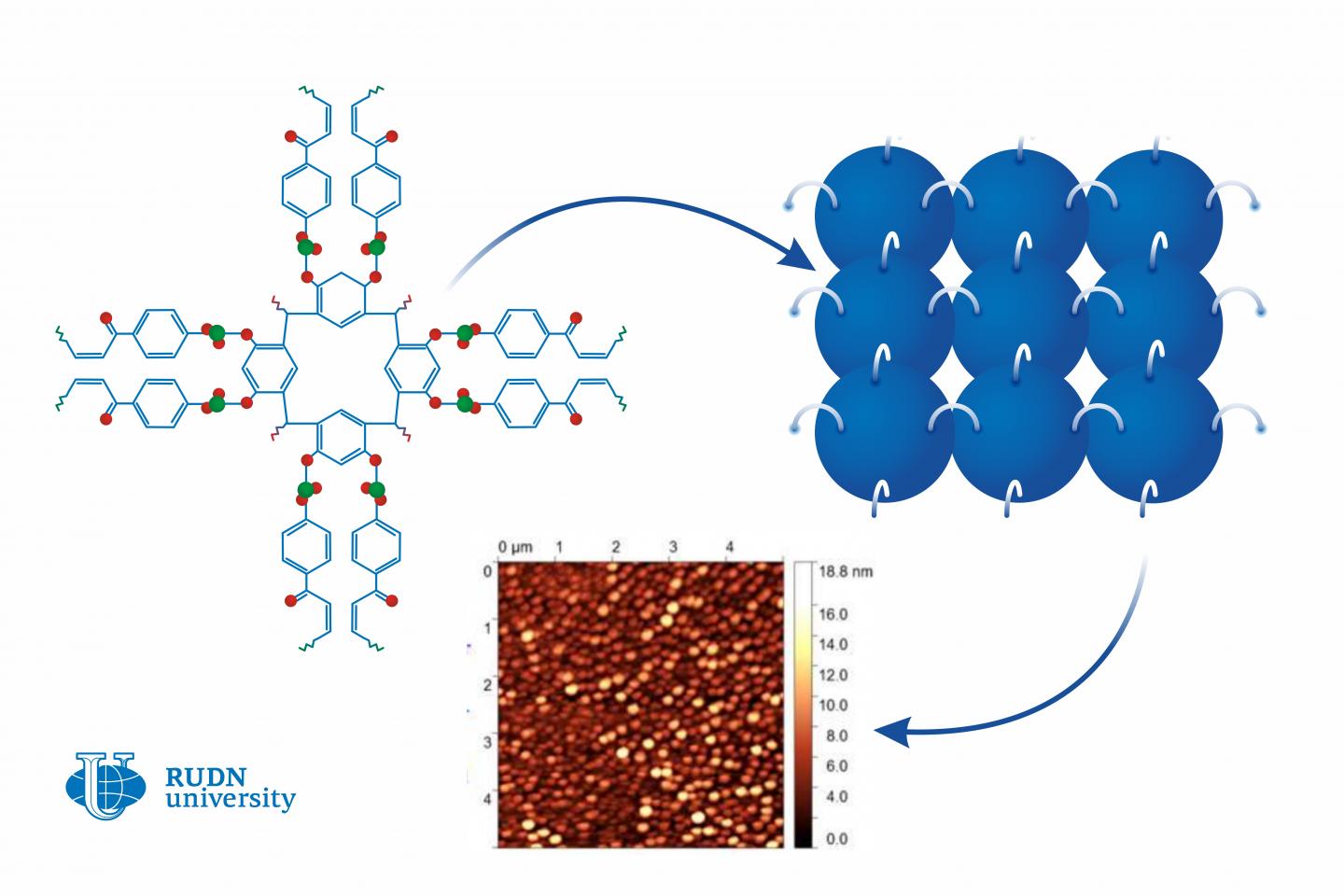 Calixarenes are large bowl-shaped organic molecules that consist of several rings. The outer ring of the bowl is hydrophilic, i.e. actively retains water. The innermost ring is hydrophobic or water-repellent.
RUDN University

"These 2D organic films can be used to create protective hydrophobic or anti-corrosion coatings for organic electronics or to develop molecular filters," said Alexey Kletskov, a candidate of chemical sciences, and researcher at the Joint Institute for Chemical Research, RUDN University.

The team used the Langmuir-Blodgett method to construct a thin film from single molecules. The method had been developed especially for the molecules that have both hydrophilic and hydrophobic parts. When put in water, molecules like this align on the surface with their hydrophobic parts turned up. After that, they are pressed with special plungers, and when the required density is reached, the film is moved onto a solid base.

To strengthen the film, the team used UV radiation. It has enough energy to break down hydrocarbon chains that bind the outer and inner rings of each molecule together. First the chains are broken, and then they bind again, but this time with loose ends from other calixarene molecules. As a result, all molecules in the film become closely tied together.

The team studied the structure of the films using an atomic-force microscope and found out that the efficiency of UV radiation correlates with the length of the chains in the original macromolecules. Molecules with short chains formed more stable films, and in the case of long-chain molecules, UV radiation caused the films to have irregular structure with clusters. Therefore, UV light was found to not always be beneficial for film quality. Depending on the molecule structure, it can reduce the water-repellent properties of a film or have no considerable effect at all. It is an important factor to consider when using the films as hydrophobic coatings on different surfaces, from displays to construction coatings.