WASHINGTON - New research suggests that children can shed SARS-CoV-2, the virus that causes COVID-19, even if they never develop symptoms or for long after symptoms have cleared. But many questions remain about the significance of the pediatric population as vectors for this sometimes deadly disease, according to an invited commentary by Children's National Hospital doctors that accompanies this new study published online Aug. 28, 2020 in JAMA Pediatrics. The commissioned editorial, written by Roberta L. DeBiasi, MD, MS, chief of the Division of Infectious Diseases, and Meghan Delaney, DO, MPH, chief of the Division of Pathology and Lab Medicine, provides important insight on the role children might play in the spread of COVID-19 as communities continue to develop public health strategies to reign in this disease.

The study that sparked this commentary focused on 91 pediatric patients followed at 22 hospitals throughout South Korea. "Unlike in the American health system, those who test positive for COVID-19 in South Korea stay at the hospital until they clear their infections even if they aren't symptomatic," explains Dr. DeBiasi.

The patients here were identified for testing through contact tracing or developing symptoms. About 22% never developed symptoms, 20% were initially asymptomatic but developed symptoms later, and 58% were symptomatic at their initial test. Over the course of the study, the hospitals where these children stayed continued to test them every three days on average, providing a picture of how long viral shedding continues over time.

The study's findings show that the duration of symptoms varied widely, from three days to nearly three weeks. There was also a significant spread in how long children continued to shed virus and could be potentially infectious. While the virus was detectable for an average of about two-and-a-half weeks in the entire group, a significant portion of the children—about a fifth of the asymptomatic patients and about half of the symptomatic ones—were still shedding virus at the three week mark.

Drs. DeBiasi and Delaney write in their commentary that the study makes several important points that add to the knowledge base about COVID-19 in children. One of these is the large number of asymptomatic patients—about a fifth of the group followed in this study. Another is that children, a group widely thought to develop mostly mild disease that quickly passes, can retain symptoms for weeks. A third and important point, they say, is the duration of viral shedding. Even asymptomatic children continued to shed virus for a long time after initial testing, making them potential key vectors.

However, the commentary authors say, despite these important findings, the study raises several questions. One concerns the link between testing and transmission. A qualitative "positive" or "negative" on testing platforms may not necessarily reflect infectivity, with some positives reflecting bits of genetic material that may not be able to make someone sick or negatives reflecting low levels of virus that may still be infectious.

Testing reliability may be further limited by the testers themselves, with sampling along different portions of the respiratory tract or even by different staff members leading to different laboratory results. It's also unknown whether asymptomatic individuals are shedding different quantities of virus than those with symptoms, a drawback of the qualitative testing performed by most labs. Further, testing only for active virus instead of antibodies ignores the vast number of individuals who may have had and cleared an asymptomatic or mild infection, an important factor for understanding herd immunity.

Lastly, Drs. DeBiasi and Delaney point out, the study only tested for viral shedding from the respiratory tract even though multiple studies have detected the virus in other bodily fluids, including stool. It's unknown what role these other sources might play in the spread of this disease.

Drs. DeBiasi and Delaney note that each of these findings and additional questions could affect public health efforts continually being developed and refined to bring COVID-19 under control in the U.S. and around the world. Children's National has added their own research to these efforts, with ongoing studies to assess how SARS-CoV-2 infections proceed in children, including how antibodies develop both at the individual and population level.

"Each of these pieces of information that we, our collaborators and other scientists around the world are working to gather," says Dr. DeBiasi, "is critical for developing policies that will slow the rate of viral transmission in our community." 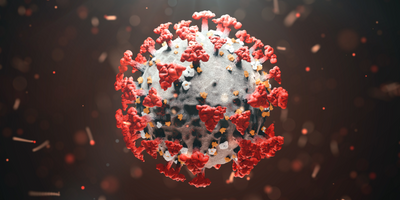 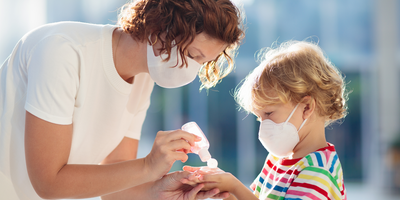 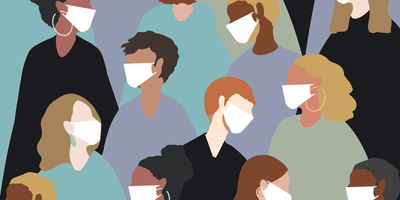 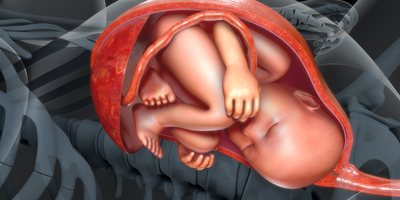 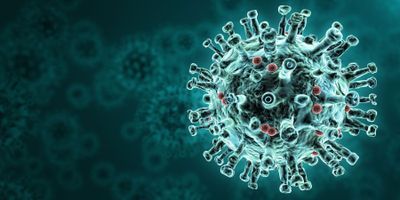 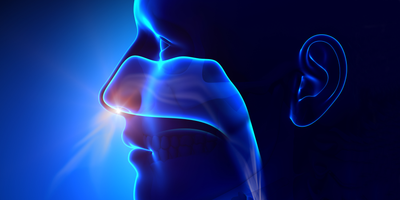 Loss of Smell and Taste Validated as COVID-19 Symptoms

Loss of Smell and Taste Validated as COVID-19 Symptoms