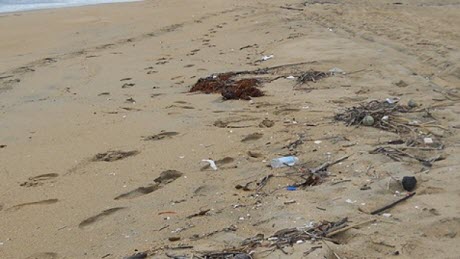 In southern California’s Orange County alone, the economic benefits of beach cleanup could range from $13 per resident in a three-month period if debris were reduced by 25 percent to $42 per resident with a 75 percent drop in plastics and other trash along the oceanfront, according to a new study. That could mean up to a $46 million boost to the county’s economy in just one summer.

This is the first study to compare the amount of ocean debris with the behavior of beachgoers and to calculate an economic benefit to cleaning up those beaches, said Tim Haab, a professor of agricultural, environmental, and development economics at The Ohio State University.

To come up with an estimated benefit, Haab and his co-authors embarked on a two-part study, which appears online in the journal Marine Resource Economics. The work was done in collaboration with the National Oceanic and Atmospheric Administration’s marine debris program.

The researchers evaluated the amount of ocean debris on 31 California beaches and found that some were much dirtier than others. Debris includes plastics that wash in from ships, trash that finds its way to shore from rivers and the litter that beach visitors leave behind.

The research team also mailed surveys to 4,000 randomly selected Orange County residents to learn about which beaches they frequent and what they look for in a good sun-and-surf spot. They heard back from 36 percent of those households and analyzed their 1,436 completed surveys. Some people visited the beach often, others less frequently. Information from thousands of beach trips went into the analysis.

Overall, the Californians ranked absence of marine debris and good water quality as key characteristics when deciding on a beach to visit—66 percent of those surveyed called those factors “very important.” Those qualities ranked above scenic beauty, convenient parking, and sandiness.

The researchers were able to take information about the participants’ beach-use patterns—and how far they travel to get to a desirable beach—to calculate a travel cost linked to skipping nearby dirty beaches in favor of longer jaunts to cleaner coastline. They took other influences on beachgoer behavior, such as availability of trash cans and beach congestion, into account when analyzing the data.

“A lot of work has been done to quantify the physical costs of ocean debris, but until now we haven’t been able to quantify the economic benefit of cleaning up the beaches and preventing the problem in the first place,” Haab said.

“We were able to correlate ocean debris with trip patterns and arrive at potential cost savings if people went to closer beaches.”

“Given the magnitude of these benefits, a variety of marine debris abatement activities is likely to prove cost effective,” the researchers wrote. 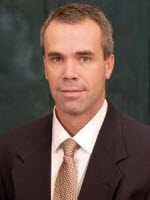 Tim HaabPhoto courtesy of Ohio State University“In 2016, outdoor recreation accounted for $374 billion, or 2 percent, of the gross domestic product in the United States. This shows that improving environmental quality can benefit the economy,” Haab said.

He said the savings could be even greater than outlined in the study. It did not take into account travelers from outside Orange County, for instance, nor did it consider benefits beyond those afforded to beach visitors, such as a healthier habitat for marine life.

The study could serve to inform policy decisions by showing that there are economic reasons—in addition to the environmental ones—to look for ways to prevent ocean debris and clean up the plastics and other litter on beaches.

“We put a dollar value on beach cleanup efforts. This is important because it helps government agencies quantify the benefits of efforts to keep marine debris out of our waterways and off of our beaches,” said study co-author Christopher Leggett of Bedrock Statistics.

Haab would like to work on a larger-scale evaluation of the economic impact of ocean debris to better understand differences in coastal communities around the U.S. and abroad, he said.

Other researchers who worked on the study were Nora Scherer of Industrial Economics, Ryan Bailey of Borrego Solar, Jason Landrum of the Lenfest Ocean Program ,and The Pew Charitable Trusts and Adam Domanski of ECONorthwest.

The study was supported by the National Oceanic and Atmospheric Administration.