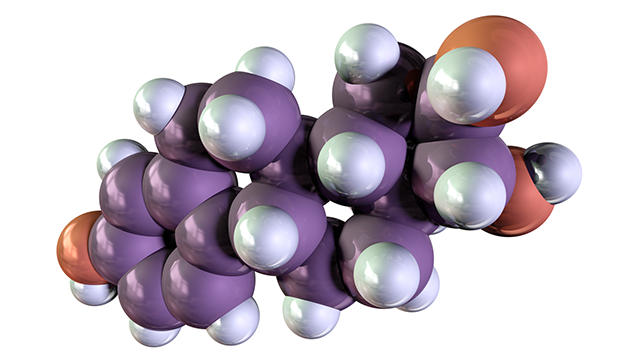 Estrogen produced in the brain is necessary for ovulation in monkeys, according to researchers at the University of Wisconsin–Madison who have upended the traditional understanding of the hormonal cascade that leads to release of an egg from the ovaries.

Their findings, published Dec. 11 in the journal Proceedings of the National Academy of Sciences, may reveal the cause of some undiagnosed infertility problems and point the way to new methods of birth control.

Estradiol builds in the bloodstream until it reaches a concentration that causes a surge of the hypothalamic and pituitary hormones, including one called luteinizing hormone, which in turn trigger an ovary to release an egg.

Ei TerasawaPhoto courtesy of the University of Wisconsin–Madison“It’s a feedback loop, and scientists have thought for some time that it was all to do with the estrogen from the ovaries,” says Ei Terasawa, professor of pediatrics at the UW–Madison School of Medicine and Public Health and senior scientist at the Wisconsin National Primate Research Center. “Then, in 2013, we discovered the hypothalamus was releasing estradiol like the ovaries, and we were so surprised. We knew it had to be important.”

Now, Terasawa, Brian Kenealy (who earned his doctorate in Terasawa’s lab) and colleagues have worked out just how important by studying the brains of rhesus macaque monkeys who’d had their ovaries removed.

They implanted capsules under the monkeys’ skin that released estradiol, fooling their brains into thinking there were ovaries at work preparing for ovulation. At the same time, the scientists kept the animals from making any of their own estrogens by inhibiting the work of an enzyme, aromatase, necessary for estrogen production.

Without the help of estradiol produced by the monkeys, the rising release of luteinizing hormone began, but fell short of the full surge required to spark ovulation by about 70 percent compared to animals whose estrogen production wasn’t suppressed.

To zero in on where the estrogen was doing its work, the researchers repeated the process, but blocked estradiol production specifically in the hypothalamus in the monkeys. They watched for the emergence of hypothalamic hormones—called gonadotropin-releasing hormone and kisspeptin—that indicated the key neurons were ramping up to cue the luteinizing hormone surge.

In this case, the releases of all three ovulation-signaling hormones were reduced, indicating that the brain was where the estradiol effects were happening.

“This shows the brain’s estrogen is a huge helper, necessary for the release of an egg that makes pregnancy possible,” says Terasawa, whose work was funded by the National Institutes of Health. “We have to modify our concept of the feedback loop.”

A new picture of the hormonal progression to ovulation could eventually have clinical applications.

“Maybe doctors can use this to figure out a better way to treat people dealing with fertility issues,” Kenealy says. “We’ve filled in some of the gaps we didn’t know before, and hopefully that will help people in the future.”