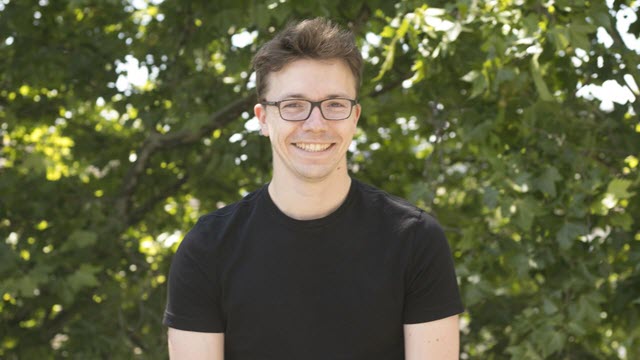 Restoration of the Earth's forests is the world's most effective solution to climate change available today and has the potential to capture two thirds of man-made carbon emissions, finds landmark research by the Crowther Lab, published July 4 in the journal Science.

The study is the first to quantify how many trees the Earth can support, where they could exist, and how much carbon they could store. It finds that there is potential to increase the world's forest land by a third without affecting existing cities or agriculture, regrowing trees over an area the size of the United States or larger than Brazil.

Once mature, these new forests could store 205 billion tonnes of carbon, about two thirds of the 300 billion tonnes of extra carbon that exists in atmosphere as a result of human activity since the Industrial Revolution.

The study, led by Dr. Jean-Francois Bastin, also suggests that there is further potential to regrow trees in croplands and urban areas, highlighting the scope for agroforestry and city trees to play a major role in tackling climate change.

But the research paper, The global tree restoration potential, warns that the need for action is urgent: the climate is already changing and every year reduces the area of land that can support new forests. Even if global warming is limited to 1.5°C, the area available for forest restoration could be reduced by a fifth by 2050.

Professor Tom Crowther, senior author of the study said: "We all knew restoring forests could play a part in tackling climate change, but we had no scientific understanding of what impact this could make. Our study shows clearly that forest restoration is the best climate change solution available today and it provides hard evidence to justify investment. If we act now, this could cut carbon dioxide in the atmosphere by up to 25 percent, to levels last seen almost a century ago.

"However, it will take decades for new forests to mature and achieve this potential. It is vitally important that we protect the forests that exist today, pursue other climate solutions, and continue to phase out fossil fuels from our economies in order to avoid dangerous climate change."

The Crowther Lab is a group of multi-disciplinary scientists studying the ecological processes that influence climate change, based at ETH Zürich, the world's leading University in Earth and Environmental Sciences. Its study provides the first quantitative assessment of the feasibility of global forest restoration targets.

Forests have always been considered an option for capturing atmospheric carbon, but it has never been clear what impact this could have at a global scale. This is because, until now, there has been no quantitative assessment of how much tree cover might be possible under current or future climate conditions.

The future scenarios proposed by the UN's Intergovernmental Panel on Climate Change propose that limiting climate change to 1.5°C will require up to an extra billion hectares of forest by 2050, even while radically reducing emissions from energy, transport and so on. The new study allows this claim to be evaluated for the first time, showing where these trees could be restored and how much carbon they can capture. It confirms that this scenario projection is "undoubtedly achievable under the current climate".

The Crowther Lab finds that forests could be regrown on 1.7-1.8 billion hectares of land in areas with low human activity that are not currently used as urban or agricultural land, adding 0.9 billion hectares of tree canopy. Importantly, these are not areas that would naturally be grasslands or wetlands, but degraded ecosystems that would naturally support some level of tree cover.

Dr Jean-François Bastin, the lead author of the study, said: "Our study provides a benchmark for a global action plan, showing where new forests can be restored around the globe. Action is urgent and governments must now factor this into their national strategies to tackle climate change."

The study finds that more than half the potential to restore trees can be found in just six countries: Russia (151 million hectares); USA (103 million); Canada (78 million); Australia (58 million); Brazil (50 million); and China (40 million).

It also highlights major inconsistencies in the targets of several global restoration initiatives and warns that better country-level forest accounting is critical for developing effective forest management and restoration strategies.

At the start of 2019, 48 countries had signed up to the Bonn Challenge, which aims to restore 350 million hectares of forest by 2030. However, the study finds that over 43 percent of these countries have committed to restore less than half the area that can support new forests while 10 percent have committed to restoring considerably more land than is suitable for forest growth.

The study also warns that some existing climate models are wrong in expecting climate change to increase global tree cover. It finds that there is likely to be an increase in the area of Northern "Boreal" forests in regions such as Siberia, where tree cover averages 30-40 percent. However, this would be outweighed by losses in dense tropical forests, which typically have 90-100 percent tree cover.

Crowther added: "Although government action is essential to make the most of this opportunity, this is a climate solution we can all get involved in and make a tangible impact. You can grow trees yourself, donate to forest restoration organizations or just invest your money responsibly in businesses which are taking action on climate change."

René Castro, assistant director-general, FAO, commented on the paper: "Forests are one of our biggest allies in combatting climate change with measurable results. Deforestation not only contributes to an alarming loss of biodiversity, but limits our ability to store carbon in the trees, undergrowth and soil. We now have definitive evidence of the potential land area for re-growing forests, where they could exist and how much carbon they could store."

Ms. Christiana Figueres, founding partner, Global Optimism and former executive secretary, UN Climate Convention, also commented: "Finally an authoritative assessment of how much land we can and should cover with trees without impinging on food production or living areas. A hugely important blueprint for governments and private sector."

Will Baldwin-Cantello, global lead on forests at WWF, said: "Our forests are the world's biggest natural ally in the fight against climate change but without them, we will lose the fight to keep global warming below 1.5 C. That's why it's crucial that we act to restore forests whilst drastically cutting our global carbon emissions. This new research demonstrates how much natural capacity our planet has to grow and sustain additional forest; now, the challenge is to understand how and where we can accelerate this implementation, whilst still feeding our growing global population.

"Tackling the climate crisis and restoring our forests requires unprecedented levels of co-operation and support at both a local and global level, supported by initiatives such as Trillion Trees that are accelerating delivery on the ground. We have the solutions at our fingertips; we just need the global political will to fight for our world."

A tool on the Crowther Lab website enables users to look at any point on the globe, and identify the areas for restoration and learn which native tree species exist there. It also offers lists of forest restoration organizations. Furthermore, Crowther Lab are supporting the creation of a global coalition that will bring targeted innovation to the opportunities and challenges identified by the report.

This is the first study to link direct tree measurements to environmental characteristics to provide quantitative, spatially explicit global estimates of potential tree cover. This was made possible because of a unique global dataset of forest observations and the free mapping software of Google Earth Engine.

Researchers analyzed tree cover in protected forest areas largely unaffected by human activity across the Earth's ecosystems, from arctic tundra to equatorial rainforest, studying nearly 80,000 high resolution satellite photographs. They used this to approximate the natural level of tree cover in each ecosystem.

In Google Earth Engine, they then used machine learning to identify 10 soil and climate variables that determine tree cover in each ecosystem and generate a predictive model to map potential tree cover worldwide under current environmental conditions in areas with minimal human activity.

They used three well-known climate models to update changes to the variables in order to project tree cover capacity for 2050.