Many approaches, such as diver-based observation and satellite imagery, have been used to estimate the distribution of coral reefs around the world, but past approaches have led to inconsistent accuracy because the underlying data are derived from disparate sources and varying methodologies. Now, researchers from the Arizona State University Center for Global Discovery and Conservation Science (GDCS) have generated a global coral reef extent map using a single methodology capable of predicting the location of shallow coral reefs with nearly 90 percent accuracy.

The GDCS team used convolutional neural networks (CNNs), an advanced artificial intelligence approach, along with thousands of satellite images from Planet Inc. to create the new global map. Planet's satellites obtain daily coverage of the Earth's landmass and its coral reefs at a 3.7-meter resolution. Many of these satellites are as small as a loaf of bread but, operating together, they collect over 11 terabytes of data every day. This continuous stream of imagery yields a massive amount of data—too much for even a large team of scientists to manually sort through. Using convolutional neural networks and ASU's supercomputer, the GDCS team was able to analyze the data and extract the locations of shallow reefs less than 20 meters (70 feet) of water depth worldwide. 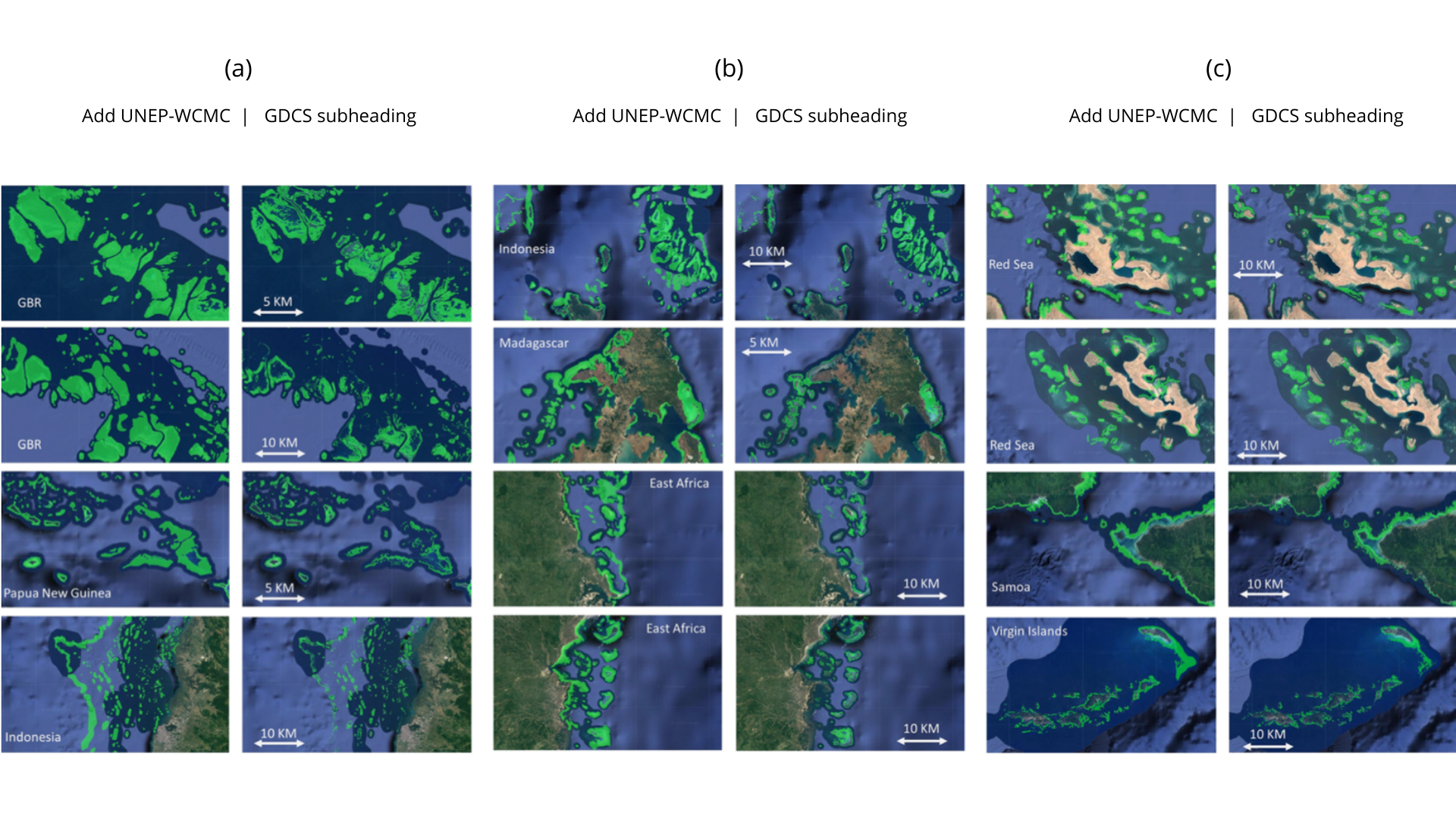 The maps are openly available through the Allen Coral Atlas, a collaborative partnership between ASU, Vulcan Inc., Planet Inc., University of Queensland, and National Geographic Society to map and monitor the world's coral reefs in unprecedented detail.

"The new map represents our best estimate of the location of shallow coral reefs on the planet, and it guides next steps including our ongoing collaboration to map the composition of these reefs and their changing health over time," said first author, Jiwei Li, of GDCS.

The researchers indicated that these new maps can be used with other global maps or datasets to create derived data or analytic products. Some immediate uses of the map at the Allen Coral Atlas include determining where to monitor for coral bleaching, a global phenomenon driven by ocean warming.

Greg Asner, co-author of the study and ASU's Allen Coral Atlas lead explained, "This first-ever A.I.-driven map of the world's coral reefs is just a drop in the bucket compared to what we have coming out over the next year and beyond. The partnership is already rolling out much more detailed reef composition maps on a region by region basis, and we are preparing to launch a global reef monitoring system that detects bleaching. These and other large-scale marine technology innovations are already helping conservation, management and resource policy specialists make decisions. That's our big picture goal."

- This press release was originally published on ASU Now