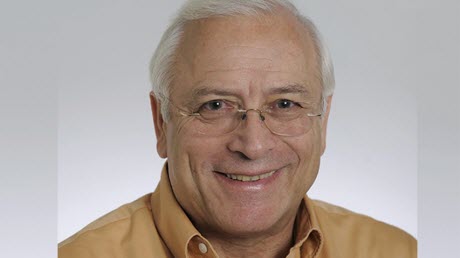 Stephen E. Fienberg, the Maurice Falk University Professor of Statistics and Social Science at CMU.Photo courtesy of Carnegie Mellon UniversityWhile Iowa State University will coordinate the activities of the center, major aspects of the research, education and training components of the work will be carried out at Carnegie Mellon.

The new center, pending approval by the Iowa Board of Regents, will be the third NIST Center of Excellence and the only one focused on forensic sciences. Its primary goal will be to build a statistically sound and scientifically solid foundation under two branches of forensics: pattern evidence (including fingerprints and bullet marks) and digital evidence (including data from cell phones and computers).

“For all too long those of us in the academic research community viewed the phrase ‘forensic science’ as an oxymoron,” said Stephen E. Fienberg, the Maurice Falk University Professor of Statistics and Social Science at CMU. “With the special attention that we now plan to focus on the empirical and statistical foundation for various forms of pattern evidence and for digital evidence in our new Center of Excellence, we hope to collaborate with the forensic community to change this perspective. CMU’s strength in both statistics and our collaborative environment will be key components in the success of this enterprise.”

Alicia Carriquiry, an Iowa State statistician and Distinguished Professor in Liberal Arts and Sciences, will lead the center.

In addition to Fienberg and Carriquiry, other leaders of the center are David Baldwin, director of the Midwest Forensics Research Center at Iowa State and adjunct associate professor of chemistry; Karen Kafadar, commonwealth professor and chair of statistics at Virginia; and Hal Stern, the Ted and Janice Smith Family Foundation Dean of the Donald Bren School of Information and Computer Sciences and professor of statistics at UC Irvine.

“Popular programs such as ‘CSI,’” she said, “have contributed to the mistaken belief that identifying a single source for the evidence requires only that the scientist can establish a match between the evidence and the potential source.”