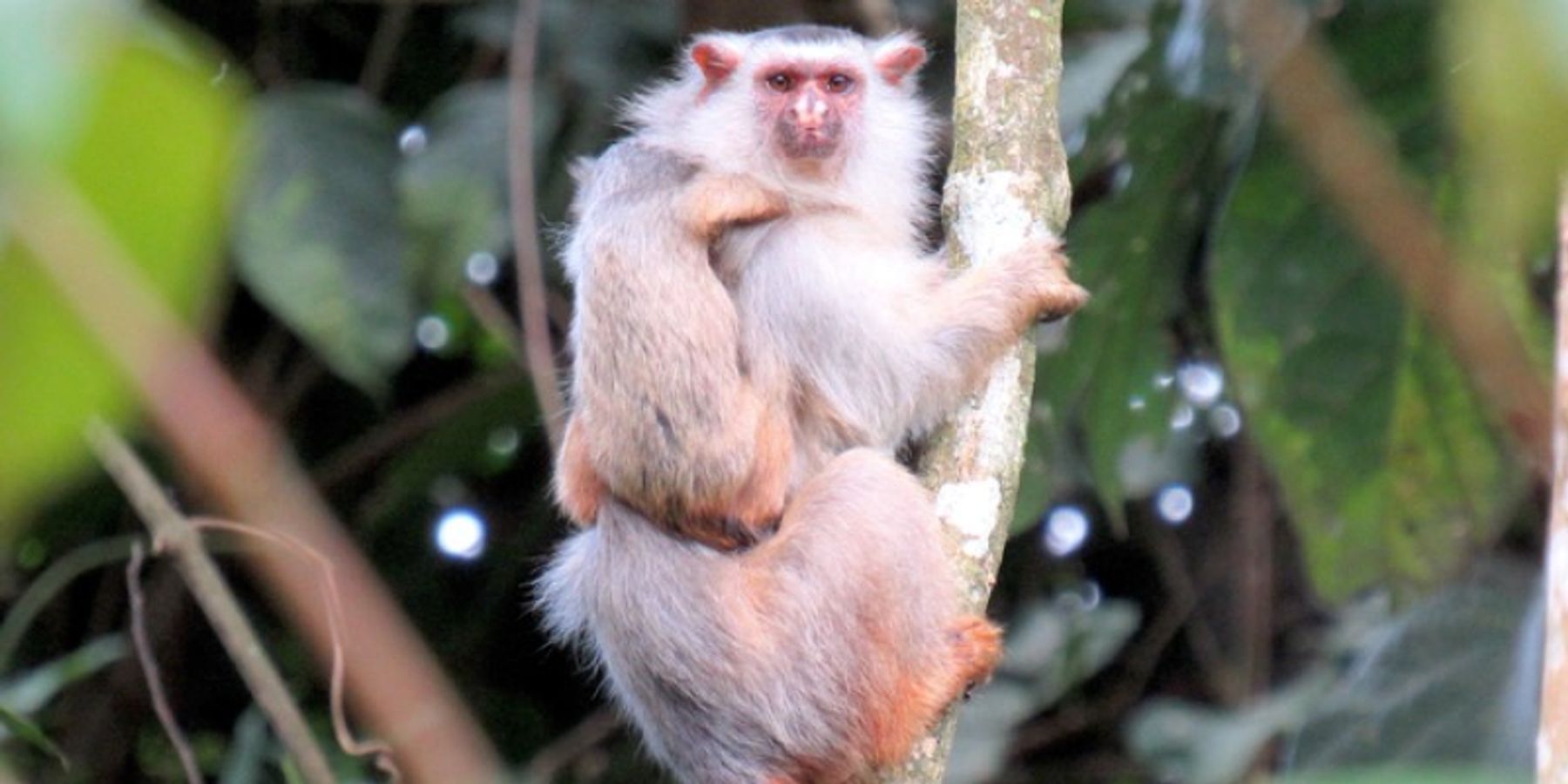 MANAUS, BRAZIL — A team of scientists has discovered a new marmoset species in the Brazilian Amazon. Schneider’s marmoset (Mico schneideri), described in the latest issue of the journal Scientific Reports, is named after professor Horacio Schneider, a pioneer and major contributor to the research of diversity and evolution of monkeys.

The discovery was made by a team of researchers led by Rodrigo Costa Araújo, currently an associate researcher at Museu Paraense Emílio Goeldi. Araújo was funded in part by the Conservation Leadership Programme (CLP), a capacity-building partnership between WCS, BirdLife International and Fauna & Flora International (FFI).

The Amazon marmosets of the genus Mico are among the more diverse groups of monkeys and found only in the threatened forests of the “arc of deforestation,” a region that accounts for half of the global land use change in the past 30 years. Currently, there is no conservation response to address the losses of habitat and population decreases such marmosets are subjected to, primarily because they are poorly studied.

The total number of Amazon marmoset species remains unknown. In 2019 Araújo and his team discovered the Munduruku marmoset (Mico munduruku) from another area within the arc of deforestation. M. schneideri was described from marmosets known to researchers since 1995 but misidentified as M. emiliae.

The study notes the existence of 16 Mico species located in the “arc of deforestation”—an extensive region in the southern Amazon where the highest rates of land clearing and fires are concentrated. Further research is needed to assess the conservation status of M. schneideri and to investigate the southern portion of its geographical distribution. Additionally, continuing to uncover exactly how many Amazon marmosets occupy these forests will underpin the first step towards conserving this threatened group of monkeys.