Feb 25, 2021University of Illinois at Chicago 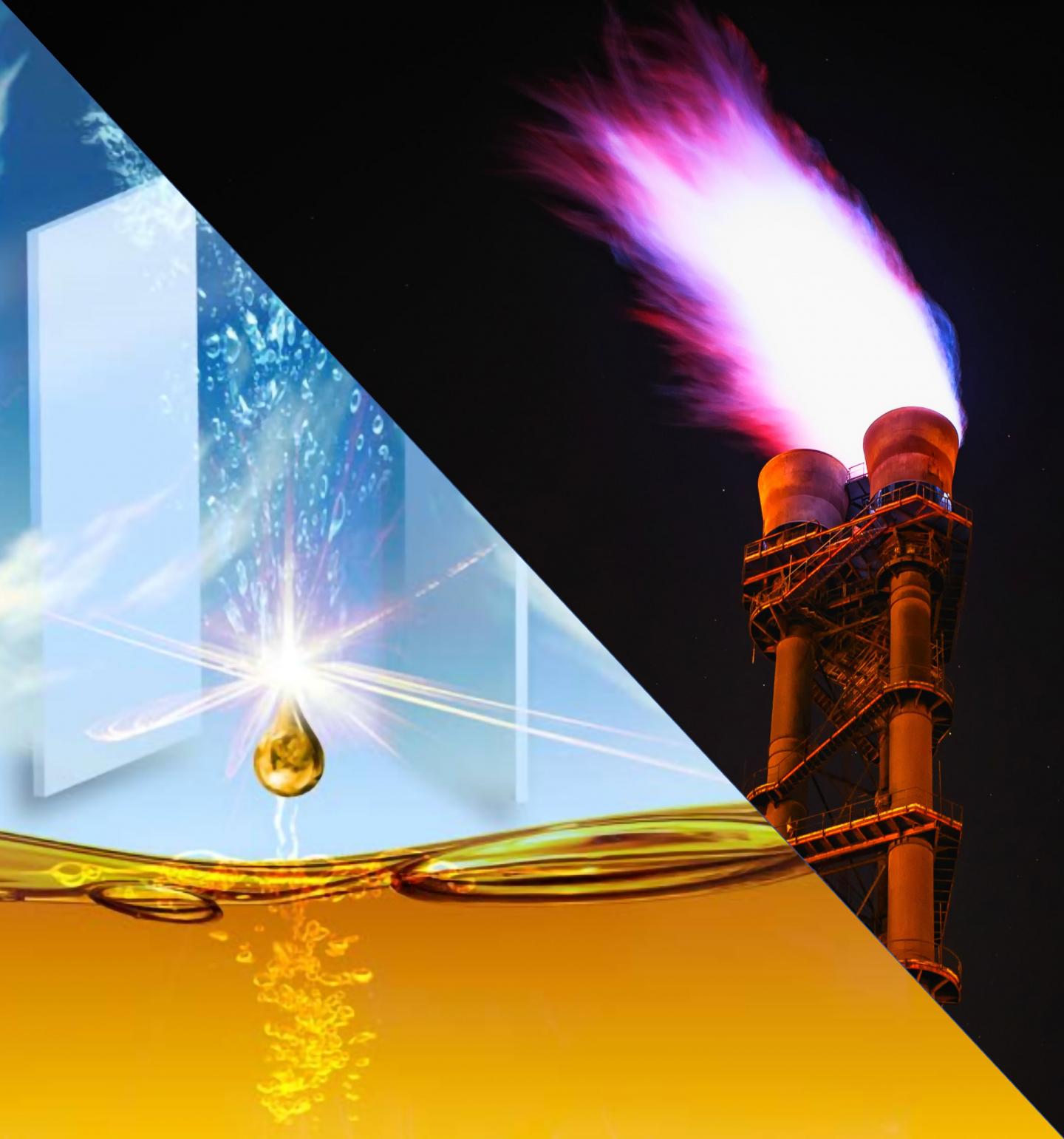 Researchers at the University of Illinois Chicago (UIC) have discovered a way to convert the methane in natural gas into liquid methanol at room temperature.

This discovery, reported in the journal Proceedings of the National Academy of Sciences, could potentially provide a cleaner energy source for many of our everyday activities.

According to the US Energy Information Administration, the US consumed approximately 31 trillion cubic feet of natural gas in 2019, contributing roughly 1.6 gigatons of carbon dioxide to the atmosphere.

A better way to use natural gas would be to convert it to methanol, a liquid fuel that burns more cleanly and can be used to produce gasoline and plastics. But converting the methane found in natural gas into methanol requires a lot of heat and pressure and generates a significant amount of carbon dioxide itself.

"Researchers have been interested in ways to convert methane to methanol at ambient temperatures to sidestep all the heat and pressure that is currently required in industrial processes to perform this conversion," said Meenesh Singh, assistant professor of chemical engineering at the UIC College of Engineering and corresponding author of the paper.

Methanol also is thought to be the "fuel in the future," driving a "methanol economy" where it replaces fossil fuels in transportation, energy storage and as the dominant precursor material for synthetic chemicals and other products. Methanol is currently used in fuel cell technology that powers some city buses and other vehicles. Its lower emission potentials and higher volumetric energy density make it an attractive alternative to fossil fuels, Singh said.

"Besides being a cleaner-burning fuel, methane can also be stored safely in regular containers, unlike natural gas, which has to be stored under pressure and which is much more expensive," Singh said.

High amounts of heat and pressure are required to break the hydrocarbon bonds in methane gas, the first step in producing methanol. But Singh and UIC graduate student Aditya Prajapati have identified a catalyst material that helps bring down the energy needed to break these bonds so that the reaction can take place at room temperature.

Their catalyst is composed of titanium and copper. The catalyst, together with a small amount of electricity, facilitates the breaking of the hydrocarbon bonds of methane and the formation of methanol. The process uses much less energy than traditional methods, and because it doesn't require machinery to produce high pressure and heat, it can be set up quickly and inexpensively.

"Our process doesn't need to be centralized," Singh said. "It can be implemented in a space as small as a van and is portable for distributed utilization of natural gas and manufacturing of methanol."

Singh and colleagues have filed a provisional patent for the process and expect that it could convert a few liters of methanol a day. The patent is being managed through the UIC Office of Technology Management.

- This press release was originally published on UIC Today. It has been edited for style